Today, I, Ultimate, will be sharing part one, a Giant deck with only commons and rares because we’re all about that Free-to-Play life.

This deck is created for Arenas 8+ and is great for everyone, even your local martian. 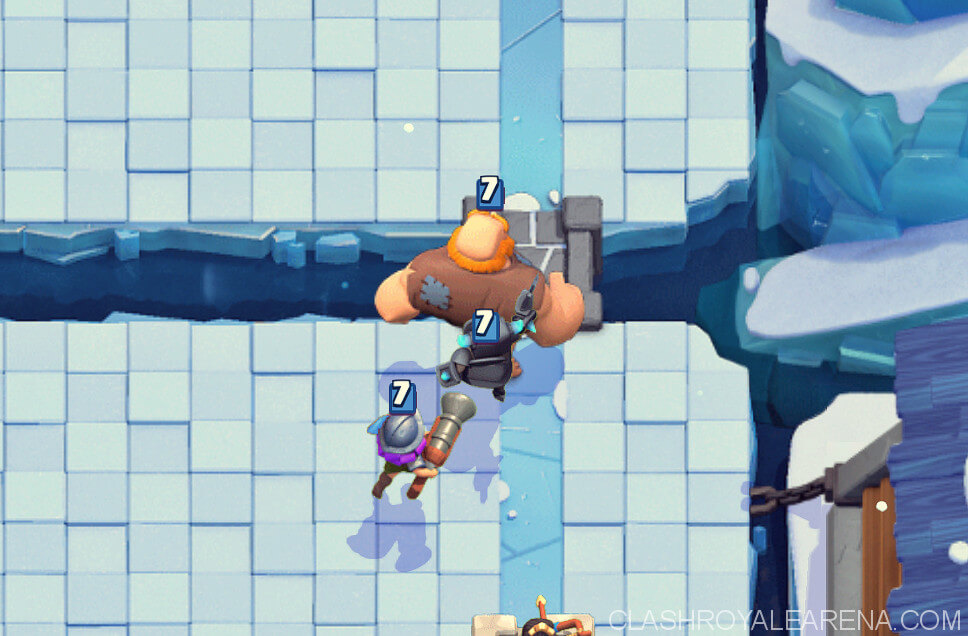 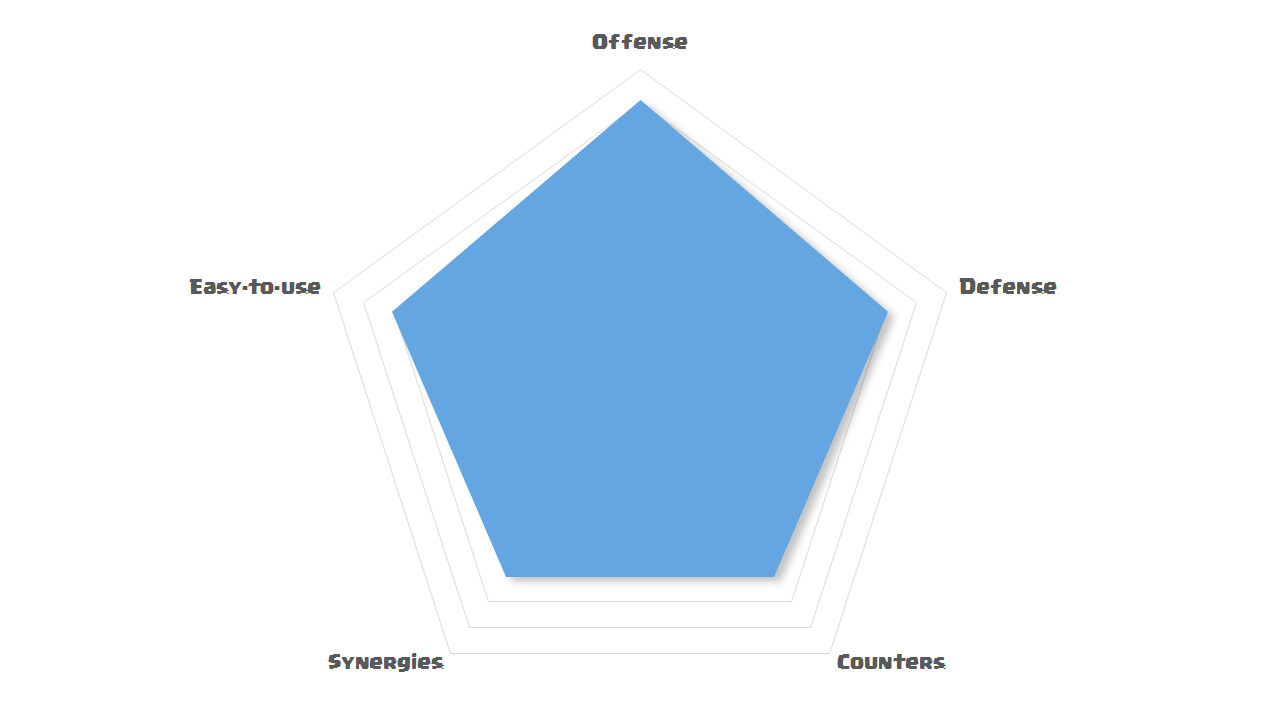 Giant – This is your main win condition. The Giant is a tank that has the highest health per elixir ratio in the game and packs one heck of a punch too, so it’s easy to see why this card has always been a viable option in all arenas.

The Giant serves as a great tank for any troop you have available and it’s especially strong when you can place it in front of leftover troops from defense to form a deadly counterpush.

Its main weakness is Inferno Tower, but dealing with it will be covered later in the guide.

Musketeer – The Musketeer is one of those cards that can find a place in almost any deck.

She provides high DPS, targets air, and survives fireball which in general just makes her such an all-around amazing card.

You will generally use her to support your Giant or just as a reliable troop you can use to take out your opponent’s troops while defending.

While the Musketeer may be currently overshadowed by the ever-powerful Electro Wizard, the Electro Wizard is stupidly hard to level up past level 2-3 and it doesn’t hold a candle to the amount of point damage the musketeer can do to one target and her immense range.

Minions – The Minions hold a lot of value for just 3 elixir.

Because they are unzappable, it is harder for the opponent to get an elixir advantage just off of spells.

They have a lot of DPS, and can counter most things except for air-targeting splash easily with or without the help of any other non-building targeting troop depending on the situation.

In this deck, Minions work well behind a Giant or a Mini P.E.K.K.A., being able to take out defense troops and also do plenty of damage when they reach the tower.

Goblins – Goblins are currently one of the most popular cards among top 200 ladder players.

The damage output and utility for being ONLY two elixir are what has made this card so popular.

Need some kiting action? Goblins have your back! Need some high dps when low on elixir? Choose the goblins! Need to cycle? JUST USE THE DAMN GOBLINS. (Apologies to my readers)

Mini P.E.K.K.A. – It’s hard to find anything that matches the level of satisfaction gained when you see your Mini P.E.K.K.A. slap a wizard to the moon as it yells its battle cry, “PANCAKES”.

Our wild imaginations aside, the Mini P.E.K.K.A has one of the most DPS at tournament standards, yet costs just 4 elixir. It excels at killing almost any ground troop be it a tank or a support unit and serves this purpose very well.

However, a the Mini P.E.K.K.A. hits quite slowly so make sure you are ready to support him when necessary but always be aware when it is time to let…him…go. :,(

Fireball – The Fireball is one of the most popular high damage spells.

It’s insanely good for getting positive elixir trades with any group of troops.

While it usually does not fully kill medium-health troops, a quick zap will kill them in most cases. Fireball is also useful for chipping down the opponent’s tower when its health is under 1000.

It is best to use the fireball in a way that hits as many units or buildings as possible while still hitting a crown tower.

Sacrifices Self Just for You! Should I Say More?

Zap – The Zap has always been one of if not the most used spells in the entire game, even when sometimes overshadowed by cards like the Log.

The Zap is much quicker and can damage air.

Use the Zap to protect your troops from swarms or to reset an Inferno Tower. (Only reset the Inferno Tower if you have support troops to take it out quickly or retarget it onto them.)

Starting out the game, the best play is to play the Goblins, Minions, or Ice Spirit behind the king tower.

If you do not start out the game with or want to play any of the cards I mentioned, you should probably do one of two things: wait and see what wonderful surprises your opponent has for you or play a giant in the back for a those people who live their life on the edge. (Now imagine if they played an Xbow opposite lane…)

These two minutes should be focused more on countering your opponent’s pushes and placing a Giant, if possible, in front of any troops remaining from defense to form a deadly counterpush because of the Giant’s fast deploy time and cheap elixir cost for a tank.

Generally, you should only play a Giant in the back, behind the king tower, if you are able to reach ten elixir.

Do be careful of a push in the opposite lane which may need to be dealt with and never overcommit on offense as you will have little elixir to defend their own offense.

It is advisable that you try to deal with a push in the opposite lane in a way that does not detract too much from your own push (Ex. Playing a Musketeer in the same lane as your Giant so that it is still able to target the opponent’s troops, using cheap cards to counter, or ignoring the push altogether if it will not do much damage)

At this point, you should have been able to do a decent amount of damage.

In double elixir time, cycling will be much faster and you may even end up with two giants in one push.

Beatdown – So your opponent is playing the same archetype as you eh?

No worries. I have two helpful strategies you can use (decide for yourself) against them when they drop a tank of their own.

The first strategy I will be showing you is one that involves playing a tank of your own… on the same lane. To keep it as basic as possible, you are gonna use your tank as sacrifice while you shred their tank with your troops, preferably the Mini P.E.K.K.A. Because of the pretty cheap average elixir cost of this deck, you should be able to cycle to another Giant to tank for whatever you used to murder their tank.

Another strategy you could use is rushing the opposite lane with a Giant + Goblins/Minions push. It’s probably best that you don’t use this strategy unless your opponent has just dropped a heavy tank such as the Golem or the Lavahound in which you will have used relatively the same amount of elixir as them. They will be forced to expend elixir to counter your simple yet threatening push so they will not have enough elixir to create their own devastating push. Then, you should be able to deal with their troops fairly easily but you should probably stick with the first option.

Cycle/Control – In this deck, you have multiple counters to the most popular control win conditions.

As long as you make sure that you are keeping your pushes alive with your spells and able to outdamage them, you will win(at least you should, in theory).

Siege – Well, even as a person that plays siege from time to time, I did struggle to defend against it in the past.

The most general advice I can give you is don’t let it lock onto your tower.

I think that the best way to deal with an siege card with the deck is to tank the damage with a Giant. Then, place Musketeer, Minions, or Mini P.E.K.K.A to help kill the siege unit and if they clump up units near the siege card, use a spell.

Anything with Inferno Tower – I get that this deck plays Zap and a Zap won’t be taking out infernos any time soon.

However, you still have the large arsenal of troops at your disposal to take care of those pesky inferno towers.

The Musketeer has huge range which you can put to use. Anything placement three or less tiles from the river will be easy pickings for your Musketeer.

Also, you can use Minions. If your opponent is consistently playing the inferno tower in the middle in the exact same spot, drop your Minions at the center of the river right before the IT locks onto your giant to take advantage of the IT’s slow retargeting speed.

Last of all, use your Zap on it if it has locked on. I must warn you to use your Zap carefully. Never use it unless there is something in the process of destroying the Inferno Tower or there are units which the inferno tower will retarget to.

Anyways guys, that’s all I’ve got for you as of now!

I really hope you enjoyed this guide (which is actually is my very first legitimate guide because I’m a lazy bum who gives up easily).

If you have any questions, be sure to drop a comment down below and I’ll try my best to get to you.

Have a great day and don’t set people on fire.