Hello guys, currently I have been playing with this Poison Mini P.E.K.K.A deck at Arena 8 and everything is just amazing! The author of this deck, Gcw0068, used it to get to Arena 8 before from 2500+ trophies so I strongly believe this deck works well at Arena 7 too! My recent battle logs with this deck: 30-5-10 (Win-Lose-Draw). This deck utilizes the Mini P.E.K.K.A as the main damage dealer but you can use it to deal with Hog Rider and Royal Giant, which are extremely popular at this time, 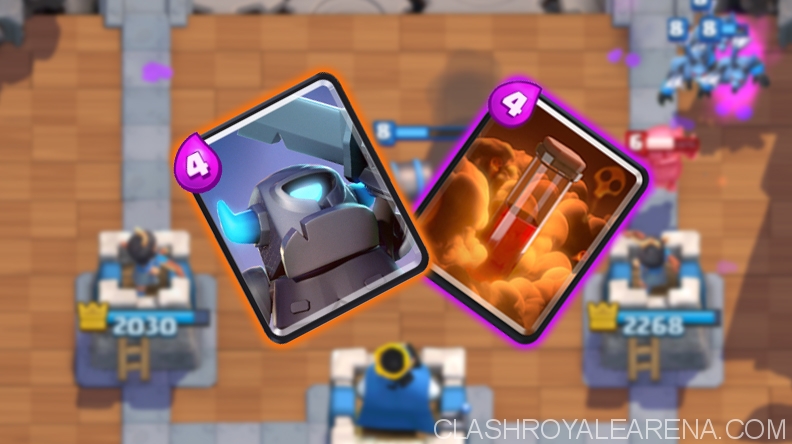 I like opening the battle with a Musketeer behind the King’s Tower as this allows me to set up an initial push If I want. Sometimes, I can open the battle with Mini P.E.K.K.A + Spear Goblins + Zap combo too but this is a bit risky. Using Spear Goblins at the beginning to deal hundreds damage and wait for your opponent to counter is also not a bad move at all.

The main push of this deck usually has Musketeer in the back protecting the Mini P.E.K.K.A (of course you don’t need to use the Mini P.E.K.K.A all the time). This push can be assisted by Spear Goblins. If your opponent plays Barbarians, you can either Poison or Zap them in order to help your Mini P.E.K.K.A 1 hit them. Anything weaker than Barbarians on offense is pretty easy to kill because of the help of your Poison but sometimes it’s better to use Mini P.E.K.K.A + Zap combo as it uses less Elixir than the Poison (against Skeletons, Goblins,…).

Musketeer + Spear Goblins is a good push too, small but effective. Sometimes, after defending, If my Musketeer is at low HP, I like placing Skeletons down, in front of her to protect her and allow her to do some more shots to the opponent’s Tower.

Okay so that’s some important things I want to share with you today! If you are looking for more tips, please take a look at here. Have a nice weekend with Clash Royale my friends! 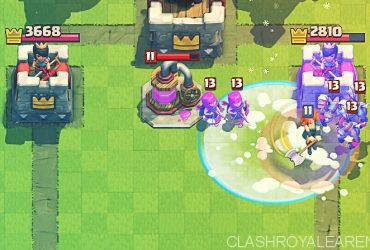 Hey guys, I recently Legendary Arena with my anti-splash deck for the first time and I thought that you might appreciate a guide! I have won the past 12 out … 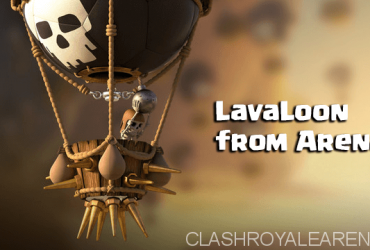 LavaLoon is the deck that got me from Arena 7 to 4K. I’ve never played any other deck on ladder since. It used to be a no-brainer deck. LavaHound… defend… …