Hello guys, Zigge here to teach you an easy-to-play Clash Royale Arena 4 Deck which got me to Arena 7 before in just 1 day, the PriHo!
In Arena 4, you unlock the Hog Rider which is one of the best cards in the game. He will run directly onto your opponents tower, ignoring those pesky Spear Goblins that always distract your Prince. Level up your Hog Rider to level 4 before using him which will now be much easier as you can request two rare cards. Please note that this is the updated version of the previous PriHo deck. Let’s get into the deck! 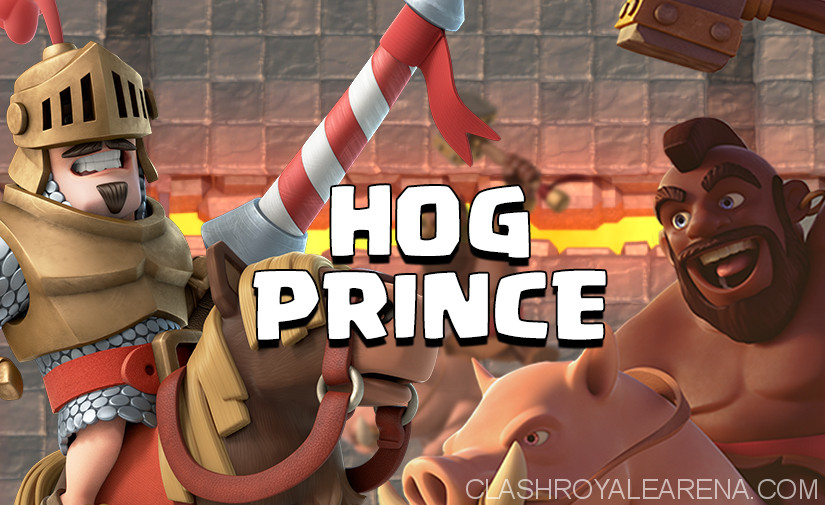 Hog Rider – Your way to destroy their tower. Don’t ever leave a Hog Rider alone on your tower because he will deal a lot of damage. When you use your Hog Rider, be ready with a Fireball or Arrows if he decides to put down a Skeleton Army or Barbarians. A great combo is Hog Rider + Valkyrie, the Valkyrie will take out Barbarians or Skeletons while the Hog Rider can knock their tower down. What you wanna to is place your Valkyrie upfront, then you place the Hog Rider right behind, what will happen is the Hog Rider will push the Valkyrie making her move faster. Be ready with Arrows if your opponent uses a Minion Horde!

Prince – A very good card on both defense and offense because of his charge strike. When he charges, he will do double the damage, doubling the threat to their tower. When you use the Prince, place him in the far back so he can charge up for double damage. Valkyrie + Prince is a deadly combo if your opponent doesn’t use the Minion Horde. This is probably my favorite combo in this Clash Royale Arena 4 Deck!

Fireball – One of the best card because it can deal serious damage to cards like Musketeer and Barbarians. When using Fireball, wait until they have put down several other cards, giving you a positive Elixir trade. Fireball is also very good for taking out a weakened tower. You should take a look at here to read more about the Fireball!

Tombstone – Very good against Hog Riders and Giants. Use it when you don’t have your Skeleton Army for defense. Good thing the Tombstone can’t be Arrowed. Also very good against a Mini P.E.K.K.A or Prince.

Archers – These girls are very good for both defense and offense. Use mostly on defense against a Mini P.E.K.K.A or Prince when you don’t have your Tombstone available. Spliting them in the back in very good because they can defend both lanes.

Valkyrie – The Valkyrie is very good in front of a Hog Rider or Prince on offense but also good against a Musketeer or Bomber behind a Giant on defense. She is also very good at taking out Goblins and Skeletons.

Skeleton Army – One of the best cards to deal with a Giant or Hog Rider. Just watch out for a Bomber! Skeleton Army is mostly a defensive card so don’t use it on offense. Skeleton Army is also good against a Prince or Mini P.E.K.K.A which are two very popular cards.

Okay so basically our Clash Royale Arena 4 Deck is:

Here are some basic pushes I like to use:

Hog Rider + Valkyrie – The main push, be ready with Arrows while using

Prince + Valkyrie – Good if your opponent uses a Mini P.E.K.K.A to counter your Valkyrie

Here are some defensive combos I like to use:

Prince/Tombstone/Skeleton Army – Good against a lone Hog, add in Archers if they use Freeze

Archers – Good against Lava Hound, add in Arrows to kill the Lava Pups

Tombstone/Skeleton Army – Good against a lone Mini P.E.K.K.A or Prince

Guys, that’s it for my Clash Royale Arena 4 Deck, the Prince Hog guide! Hope you have a good day, comment if you need any help or advice and peace out! 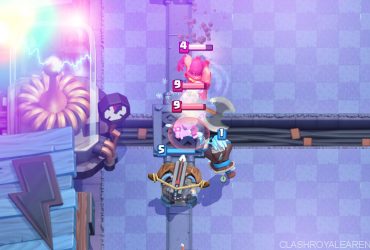 Ni-hao to everyone here on CRA! It’s me Supermarine back again from a little while of downtime playing Overwatch and Battlefront 2 (new version)! I’ve come back from my little … 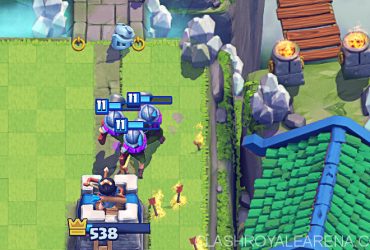 Hey guys this is TheMoonBean69 here with my first ever guide on CRA (hopefully). So these recent balance changes have dropped the Night Witch in favor of Mini P.E.K.K.A and …