Where did I get the idea? Well, I realized that the most powerful win conditions (the card you want to get to the Tower) in the game (excluding Royal Giant and Elite Barbarians) come from low Arenas!

So in this series, I will be teaching you guys simple decks for a certain archetype that will help you build up the skills for later in the game.

This deck is an aggressive deck with the first win condition you receive in the game, the Giant. Keep in mind that I will be covering a lot of skills that may seem like common sense to some because this deck is made for beginners.

Giant – The card that you want to get to the tower. Never play this card alone, as it is weak by itself. You will want to place this big guy in the back 50% of the time to set up for a slow push in double Elixir time, where you put your support troops behind the Giant. Since he only attacks buildings, don’t use him on defense unless you need to soak up damage for an emergency.

Tombstone – This card is honestly so underused or used incorrectly in lower Arenas. Since Tombstone is a building, it lures defensive targeting units, such as the Giant and Hog Rider. It also stalls your opponent’s support troops, most importantly, the prince’s charge move. You will want to have at least one up at all times where it is near the middle of your side of the Arena here:

Fireball – You will want to use it on medium sized units. Only Fireball a group of troops if you are killing more Elixir worth of troops compared to the amount you spent. Never Fireball a lone tower unless the tower is extremely low on HP.

Musketeer – You may notice that there are no Arrows in this deck, but Musketeer does an excellent job shooting Minions out of the sky. If you are in an Arena where you face Minion Horde, you may want to use Arrows or witch in the free card slot (will explain later).

Skeleton Army – You can replace this card with Minions. Both cards deal high damage for such a low Elixir cost. If your opponent wasted their Arrows, send in a push with these; they are deadly.

Valkyrie – A solid splash unit that will clear out any weak troops to splash.

Skeletons – You might be wondering “This card sucks!” if you just started the game. Skeletons are great at stalling troops in an area for a bit and only costs 1 Elixir. Believe me, they are better than you think.

Whatever 3 Elixir Card You Want!– I would test this deck in your Arena and see what card is missing in the deck. From there, you can add a card. Your best bet would probably be Arrows, but there are so many other unique possibilities for this card.

As you see, the object of this Clash Royale Arena 2 Deck is to make a rock solid defense, so that you will be comfortable with building a big push up.

There are two ways to do this:


You need to use both to succeed against your opponent.

I made it to P.E.K.K.A’s playhouse with underleveled cards (lvl 4 and 1 Common, lvl 1-2 Rare, lvl 1 Epics). This deck can get you really far without upgrading your cards a lot.

This is the easier of the two. When you know that you have more Elixir than your opponent, drop your Giant in the back. Support with Musketeer, Valkyrie, your 3 Elixir card (unless its Arrows) and get ready with your Fireball for troops.

This is the more difficult of the two. What you will want to do is defend (I will show you how to defend later) with as little troops as possible. With the extra Elixir you saved, you can put a Giant in the front. Since they sent a push at you, they will not have much Elixir and hopefully you can take the tower. This technique is very advanced, so don’t worry if you don’t get it on your first try.

In this Clash Royale Arena 2 Deck, mostly all of your cards that are played offensively (the exception is Giant) are also played defensively.

As you can see, defending is extremely important to attack properly. What I showed you is a standard defense.

Here’s a video of gameplay. For my privacy, I have decided not to include my voice in this video. Maybe if I become more popular I may add audio, but for now, this will do (this is my first video).

Overall, this deck is great at building your fundamentals. It forces you to set up solid defenses to set up for massive pushes that will be extremely rewarding.

If you play this Clash Royale Arena 2 Deck in low Arenas for a long time, you will have the skills to use more complex Giant beatdown decks. 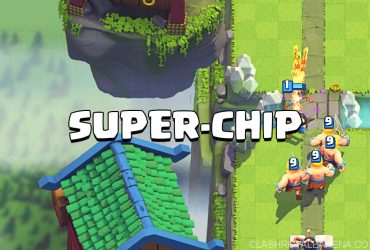 Hey guys what is going on, it’s RSivak back with an absolutely amazing Tournament deck I’ve been playing with. It has been an absolute terror in tournaments and even helped … 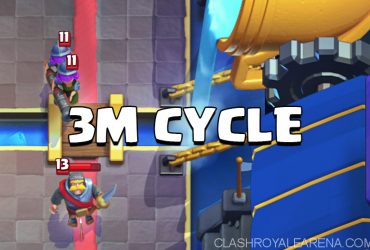 What’s up guys! Norbysweg here, back with another extremely successful deck for you guys! Let me introduce you how I made this deck, and what I found out about. Half …