Everything you want to know about the upcoming Clash Royale March Update is here! I will try to update this page as soon as possible so you can bookmark it to come here the next time easier :D. 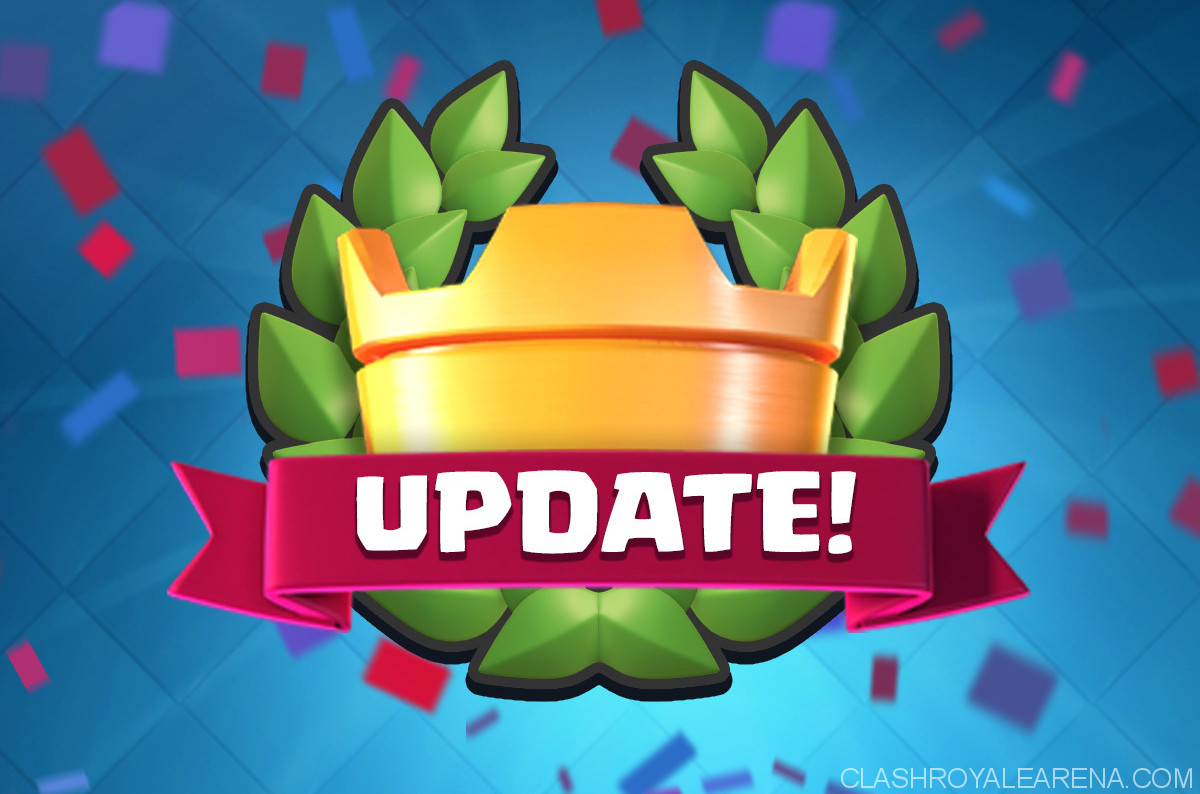 Take a look at this page for more information about the upcoming Balance Changes!

Start the Clan Battle in your Clan Tab! Once a friend accepted the invitation, you two will be paired with an enemy Clan. 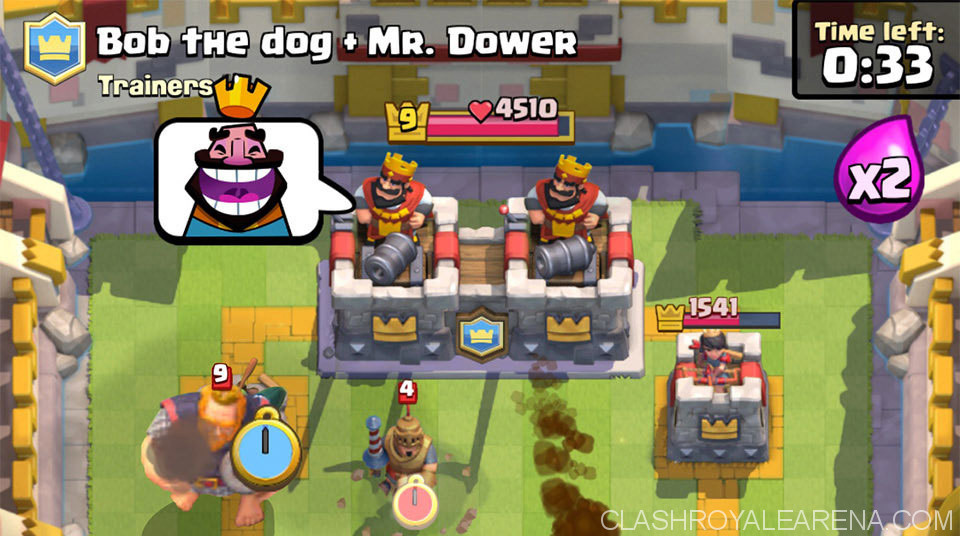 Here are something important you want to know about this new game mode: 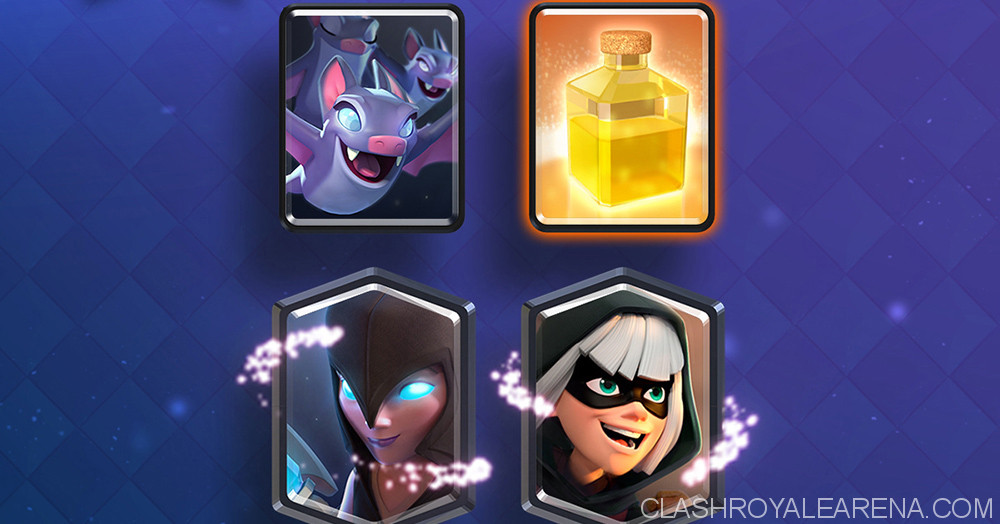 Bandit: She has melee attack range and the special charge ability. She only charges when there is a target 4-6 tiles away on the ground. While charging, she is invulnerable. Like the Prince, her charge does x2 damage. While Charging, she can one shot Archer, Bomber, Dart Goblin, Princess etc.

Bats: The Bats are like flying Skeletons. With 2 Elixir, you can summon 4 of these. Their stats are similar to Skeletons, same HP, same DPS, but they can fly so you can use them effectively against Inferno Tower and Inferno Dragon. This is also an excellent Zap bait card!

This is a leaked screenshot of the new cards! 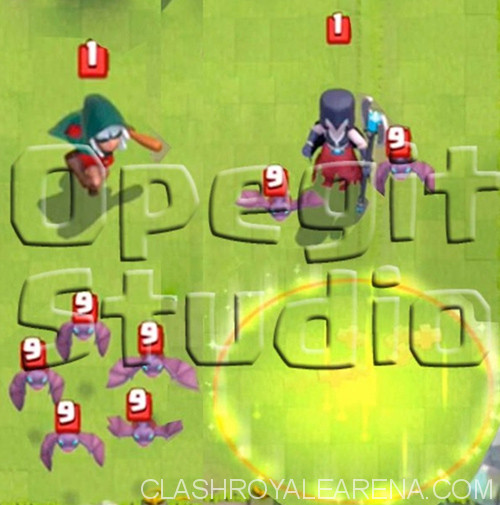 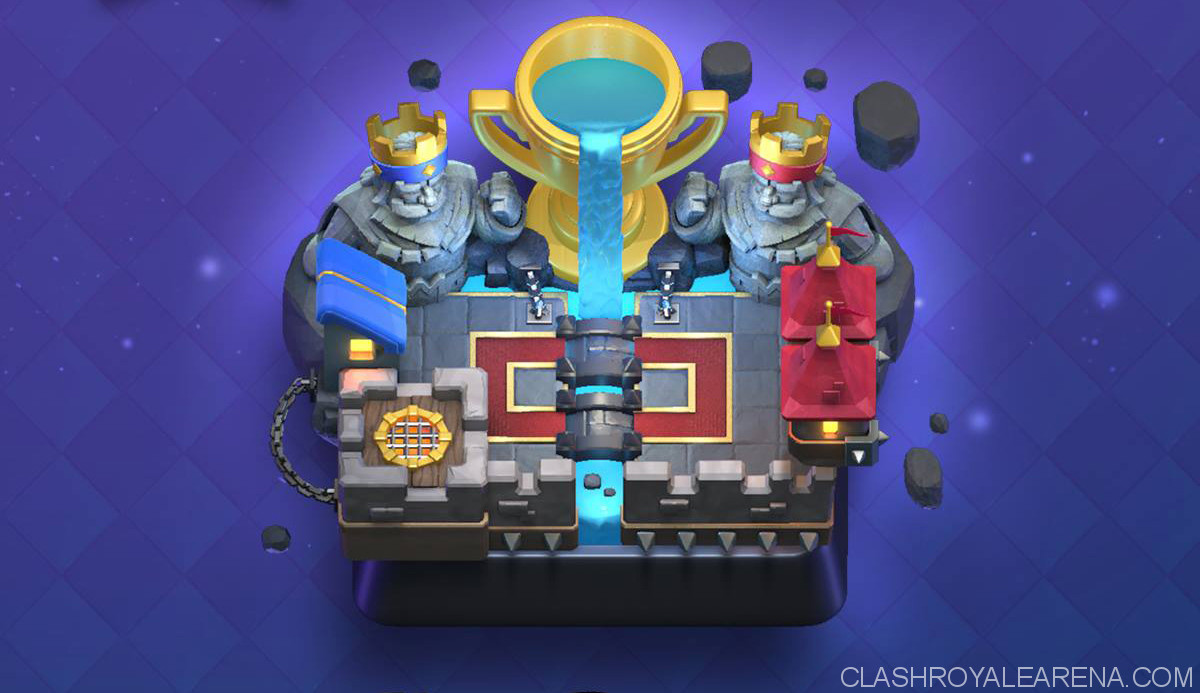 Once you reached 4,000 Trophies, you will enter Challenger I.

Trophy record will reset every 1 month instead of 2 weeks. Trophy reset is more balanced now:

You will get a Draft Chest when the season resets. Depending on your league, you can get chests with different sizes.

The interesting part of this chest is you can pick the card you want to get between two. Remember the Draft Challenge? This chest is pretty similar to it! 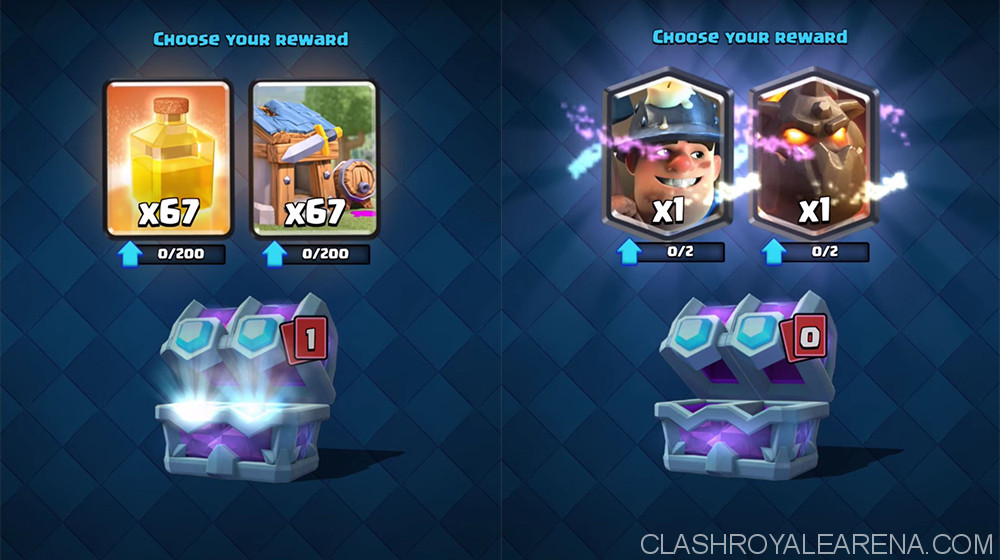 Other New Features and Hidden Updates 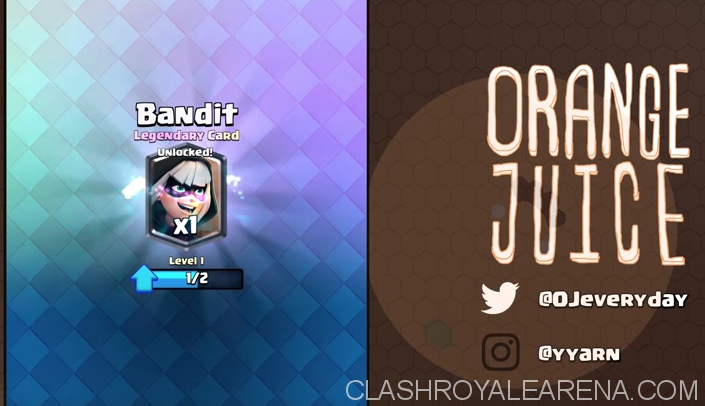 What are you looking for in this huge Clash Royale update?

All of the active players in Legendary Arena will be assigned to the 20,000 players League (once every 2 weeks and lasts for 1 week). The League is based on players’ trophies. League chest will appear in the Royal Ranking Interface.

Translated by CuriousNoobKid and DeLeTeD–