Using heavy spells in normal battle and in Clan Battles are totally different. For example, in Clan Battles, when you use your heavy spells, regardless of your remaining Elixir, you almost always have the backup from your clanmate. The precise placement and timing of heavy spells can totally overturn a battle.

Below, I will be showing you the best ways of using them to chip away opponent’s Tower and to defend. 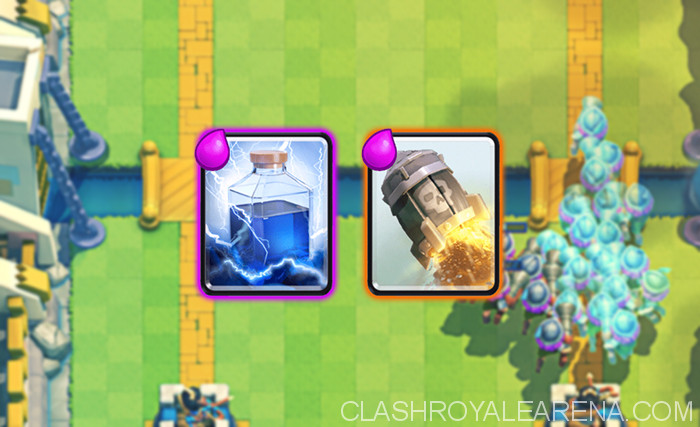 This is the list of spells which can use used on both defense and offense:

Assuming that you already known the usage of medium spells and cheap spells by now. They are good at dealing with cheap troops and weakening medium HP troops/buildings. Get as much value from them as you can by using tanks, Miner or Hog Rider to bait out troops.

Ok now let’s get back to our heavy spells!

Rocket has literally the highest damage among all spells in Clash Royale.

However, its radius is not ideal at all (only 2 tiles). Thus, you need to make the most of it by group troops then blast them with the Rocket.

On defense, use Rocket to deal with:


Try to avoid using Rocket on these troops because you will get negative Elixir trade. Find other ways/spells to deal with them:

To be honest, Musketeer and Electro Wizard are quite situational. They are very threatening If your opponent builds up a heavy push. You will want to blast them together before the opponent places a tank down. Anyway, you still have Lightning, Poison, Lightning etc to deal with them.

For example, If your opponent usually places medium HP troop at the back and his partner will definitely place something else down to avoid Elixir leakage, obtain the value by using Lightning on those two and the Crown Tower nearby.

Although Lightning troops + Tower is tempting but truly you should avoid doing that to gain more positive Elixir trades. Just let your opponents place down several troops down and then kill them all!

This is the list of troops/buildings you should use your Lightning on:

On offense, you may want to use Lightning to deal with Inferno Tower/Sparky/Inferno Dragon, allowing your tank to hit the Tower easier.

Also, beware of Lightning rod like Barbarians, Knight, Battle Ram, Ice Golem, Dark Prince and Valkyrie. If your opponents know you bring Lightning, they will most likely clump up their pushes with these troops. Save the Lightning as your trump card to gain huge Elixir advantage. Luckily you always have your clanmate by your side.

Clan battle is truly very fun but to be honest, we rely on spells a lot during the last 2 minutes.

During this time, heavy spells can to their job very well.

Combined with your friend’s spells, you can easily deal 1000+ damage to the opponent’s Tower in just 1 cycle. But beware because you will be very low on Elixir to defend. 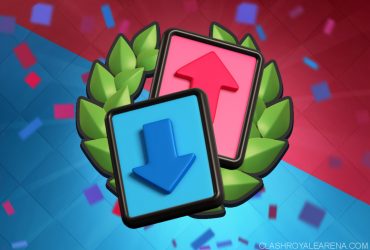 Quick Tips for Draft Challenge Pick a Win Condition: This is very simple! Picking a win condition is the most important move in draft matches. This will decide how easy … 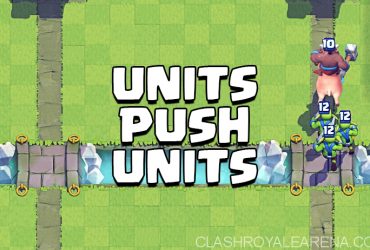 Hello guys, today Orange Juice is going to show you another stunning trick about pushing/shoving units in Clash Royale. This is a basic game mechanic but I know that a …
Posting....