It’s me Zigge here with my Chip Meta-Breaker Deck for you guys!

This is the fifth and final guide of the CRA Birthday Special! 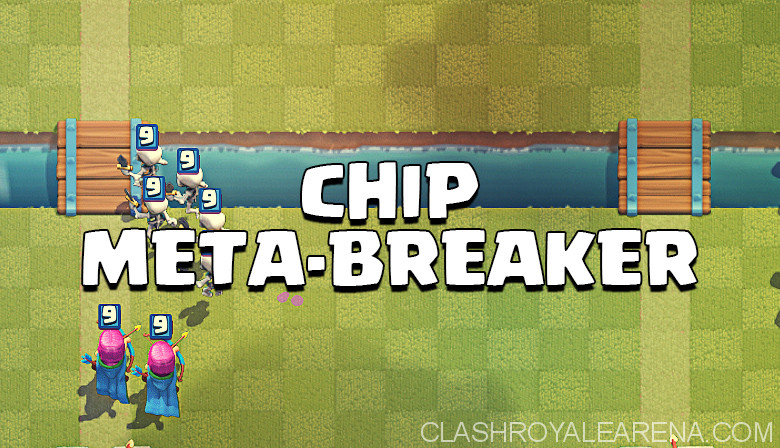 There is no clear ”Meta-deck” at the moment but there are lots of popular cards, Meta Barbarians, Meta Minion, Giant etc. Also this deck is very unique because there’s no win condition, yes you read that right. You can basically put anything in there and it will work. Let’s get into it!

Win Condition – This could be a Hog Rider, Giant, Miner, or Lava Hound. I prefer to have a Miner because he fits into this deck the best, but it’s up to you. So I strongly recommend you try a Miner if you have him.

The Minions are also good at taking out Elite Barbarians or any other ground troop like a Mini P.E.K.K.A or Valkyrie.

Fire Spirits – The Fire Spirits are one of best cards in the game because of their high splash damage and low cost. They can easily take out a pack of Barbarians or a Minion Horde. They pair well with any win condition but replace them with Miner if you use Lava Hound.

Fire Spirits are also very good on defense because they can pull any unit, ground or air, then deal a significant amount of damage. They are even good against some units like Valkyrie and Knight just because of their high damage.

Tombstone – Tombstone is one of the best card in the current Meta because of the popularity of Hog Rider and Meta Barbarians. The best thing with the Tombstone is that it is an investment building which means that you can place it down anytime, and then get value of if much later.

Tombstone is also one of the bets counter to Elite Barbarians. A lone Tombstone can easily shut them down without a problem. Did they just zap your spawned skeletons? No problem, use your Skeleton Army!

Archers – Archers are still one of the best cards in the game. They counter the Mega Minion perfectly and with their high DPS and low cost, they fir into any deck. The Archers are mostly defensive in this deck but if you get them to reach a tower, they will deal almost 150 DPS.

Guards – The Guards counter Elite Barbarians very well but also other cards such as Prince and Mini PE.K.K.A. Even a big P.E.K.K.A won’t stand any chance against these bone brothers with shields. The Guards are very easy to use but if you’re unsure of their uses, check this out.

Zap – I’m not gonna explain that.

So basically the gameplan is very different depending on what you choose for win condition. All I can say is that this is a control deck and that

What are the pros and cons for every different win condition I can use?

Click here to read more about the win conditions

What do I do against Giant Bowler?

What do I do against Elite Barbarians + Ice Golem push?

You can basically experiment with what you’ve got and make your own pushes.

The defense is very situational so you have to defend with what you have in your hand. 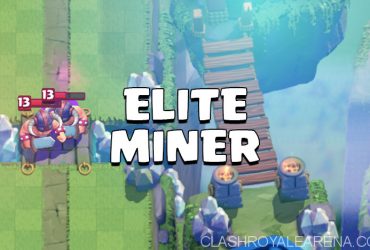 Hey Guys it’s PRISM here, and I’m going to show you a funny, fast and shocking deck for Arena 9. While you’ll once lose and once win with other decks, … 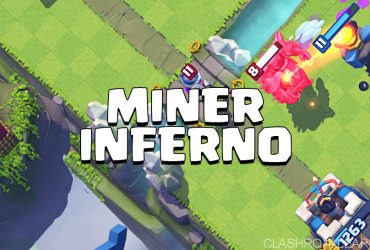 Hello Clashers! KairosTime here, with a Miner Inferno deck that has proven to win the 12th round of a challenge! This deck is fantastic at putting constant pressure on your …