Hey guys, in this guide I want to show you some great defensive combos which require tiny Elixir to deal with certain troops and get zero damage done on your Tower.

The gifs below were taken from Mighty’s video. You should take a look at his video at the bottom to see more details! 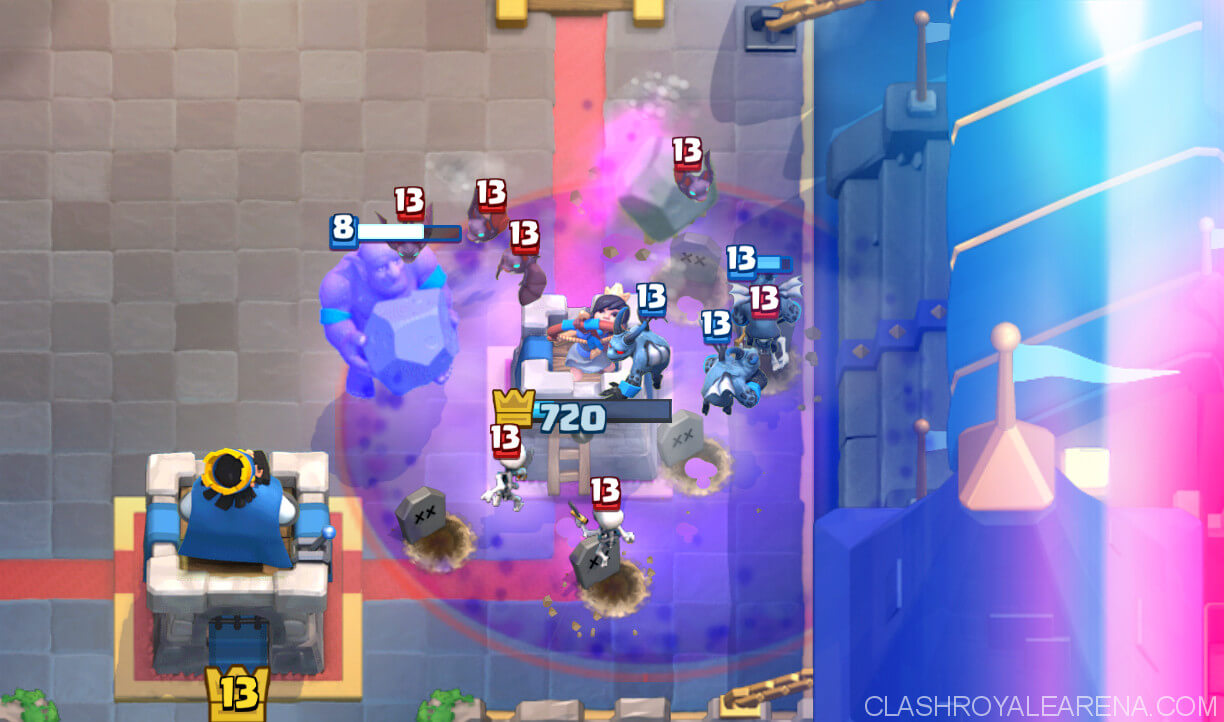 A few things to note

With only 2 Elixir, Ice Golem can easily shut down Valkyrie when played correctly.

Not many players knew this but you can shut down Minion Horde by using Spear Goblins.

Once again, Ice Golem comes in handy. 2 Elixir for 4 Elixir!

Skeletons and Ice Spirit can easily get the job done. Positive Elixir trade!

Skeletons and Goblins will help you deal with the Prince with ease.

Goblins shuts down the Executioner. (It’s a sign… Get them in your deck now!)

Bats or Minions. Your choice!

Goblins + Skeletons combo can shut them down easily.

I believe that Inferno Tower is the cheapest solution for you in this case.

Skeleton Army is the best choice here! 3 Elixir for 6 Elixir!

Skeleton Army gets the job done. 3 Elixir for 4 Elixir. You can’t find any better deal!

Goblins again. Shuts down the Lumberjack for a positive Elixir trade.

Skeletons! 1 Elixir for 4 Elixir. I believe that you can’t shut down Musketeer with less than 1 Elixir xD

Tombstone is the best choice here. With only 3 Elixir, say goodbye to P.E.K.K.A!

Both Fireball and Skeleton Army can do this. However, using Fireball requires more skills tho.

Poor Sparky. There are only 3 of them…


Don’t hesitate to comment If you know any other matchups!