Due to the fact that Hog Rider decks are super popular at this time, many players are finding it hard to choose a proper building to deal with this kind of deck. Hands down Cannon is used a lot at this time (that’s why Supercell is going to nerf it again in the upcoming May 18th update). So is Cannon really that good? Today, I am going to compare Cannon with Tombstone to see which is the best one to deal with Hog Rider! 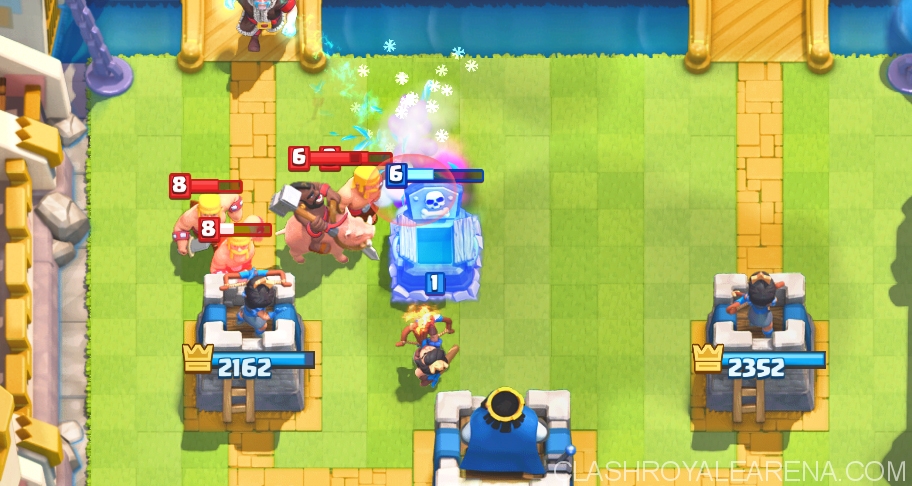 Cannon is usually used to kill Hog Rider for +1 Elixir trade. People usually drop the Cannon reactively once the Hog Rider has crossed the river to prevent it from bypassing building. But sometimes, you have to place the Cannon before your opponent plays Hog Rider and sometimes you just don’t have enough Elixir to place it down.

What would make Tombstone better than Cannon?

Currently I have found that bypass building trick doesn’t work against Tombstone. Just simply place the Tombstone down in the middle whenever you want and opponent’s Hog Rider will run right at it every single time.

Here are 2 examples for you:

Images and ideas shared by Kovalevy.