Hey guys, it’s yah boi, SCorpSCilla, back at it again with a special guide to buildings.

This was requested by several old friends who argued about which one was better: Cannon or Tombstone.

In the end, I’ve decided to make a guide about EVERY SINGLE BUILDING in the game so far.

I have spent some time on this. You can just skip around to find some information on the building you want. With that said let’s move on. 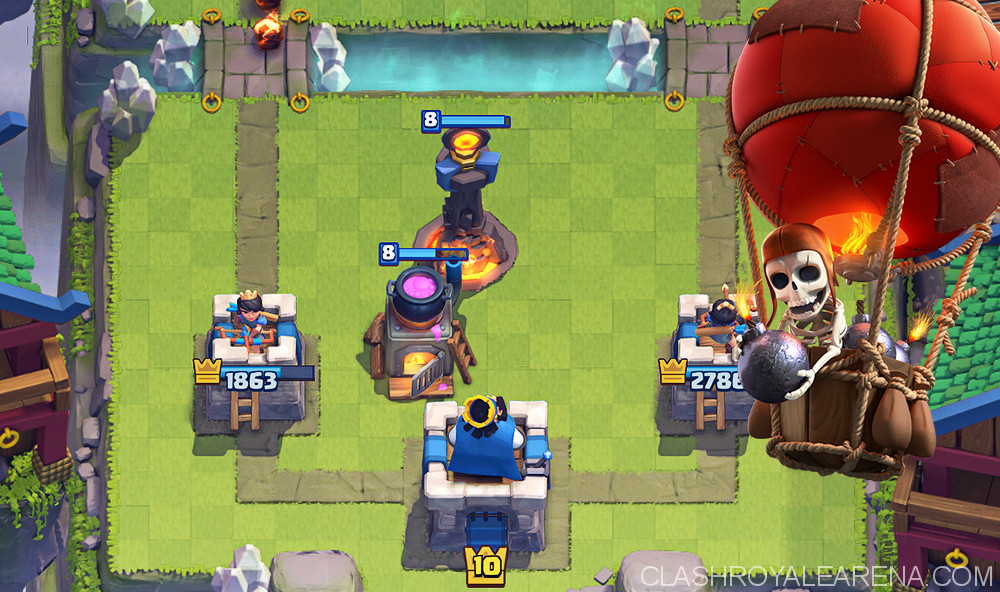 There are so far 11 buildings in the game:

Each of these buildings has unique, although sometimes similar, properties. Some of them spawn troops. Others have long range. Still others even produce elixir!

We will be looking at their pros and cons.

This spawner lasts for a full minute and spits out two barbarians every 14 seconds. This means that you will get 8 Barbarians in total. It costs 7 elixir, so it is pretty expensive.

At tournament standards, it has almost 2000 HP, and can easily counter Hog Rider and Royal Giant when facing 1 on 1.

However, due to the rise of the new metas, this card has been very unpopular recently, and is easily countered with spells or air units.

It cannot target air. However, this card does provide some some excellent chip damage and support for countering.

Setting it in the middle is a good position.

Goblin Hut: Costs 5 elixir, it produces a Spear Goblin every 4.9 seconds and lasts for a whole minute, meaning that it can spit out 12 Spear Goblins in its lifetime.

It has 1,232 health, pretty modest, and because of it’s fairly fast spawn rate, it can allow a massive buildup of troops when targeting a tank such as Giant, or God forbid a Lava Hound.

This also provides a steady stream of chip damage and is not bad for 5 elixir.

The disadvantages are the same with Barbarian Hut: It is vulnerable to spells and can be easily countered.

Placing it behind the arena tower is advised.

Surprisingly a little tanky, it is good for taking out swarms and kiting building troops.

Although weak to air, it is surprisingly resistant to most spells other than rocket or poison.

Placing it in the middle is a good idea.

This is the perfect counter to Hog, and can draw Balloons and Giants to it as well.

Musketeer can outrange the Cannon and take it out. However, it is also good at taking out Skeleton Army and small troops such as Goblins, Spear Goblins, and even Archers.

When protected, it can provide some serious damage at countering. A good example would be Guards and Cannons against a charge of Elite Barbarians.

Pretty self-explanatory. It produces Elixir. It is somewhat expensive, costing 6 elixir. It lasts for 70 seconds and produces one elixir every 8.5 seconds. This means it will give 8 elixir in total. At tournament standards, it has 1020 health.

This building is perfect for big pushes and beatdown decks such as Golem or P.E.K.K.A.

Because of its cost, you might want to put it where it is not vulnerable to spells, Miner, or Goblin Barrel. A good spot is right in front of the King Tower, in between the other Arena Towers. This is awkward for Miners and Rockets to go too. Miners will be subject to being crossfired by the two Arena Towers, and might even activate the King’s Tower. The same goes for Rocket.

Fairly popular card, as you can see why.

Spits out two Fire Spirits every 10 seconds, and lasts for 50 seconds, meaning that it will spit out 10 spirits total. At tournament standards, It has 1056 health and spawns level 9 fire spirits, which is important because they will only die at two shots from an arena tower.

If left alone, it can chip away the tower for almost 850 damage. It deals with Hogs OK and can draw in Giants and Golems.

This building can spawn troops that actually attacks air, so if you don’t have Fire Spirits or really any air defense card in rotation, you can use this against Minion Hordes. Just remember this: Baby Dragon are Fire Spirits’ worst nightmare.

This card has been increasingly popular in the past (especially with most of my decks that you can search on CRA including Furnace :D). You can read more about it at here.

With that insane damage, you might be thinking, well heck yeah! This building is the best!

But before you add this to your deck, here are some disadvantages.

Still, I love this card because of its ability to shred tanks. Giant falls to its knees. P.E.K.K.A. follows next. Lavahound bursts in a fiery death. Even Golem, the most tankiest of all, with a large of HP even the King Tower cannot compare to, bows down before this tower.

Costs 4 elixir, has a hit speed of 5 seconds, a deploy time of 4 seconds, a range from 3-11, and to top that off, only lives for 30 seconds, meaning that will only get 6 hits off. No wonder that many people use it.

There are SO many counters to this card: Rocket, Minions, Giant, even Skeleton Army. However, it does have a few advantages.

Because of its blindspot, this is PERFECT for Giant pushes. It cannot target the Giant, so it will hit the support units instead. Add in a tank killer and something else to kill the Giant, and boi you just got something to counter Giants with.

Also with its long range, it can easily get a few hits off the Arena tower.

If it landed every single blow on the Arena Tower, it would do only 1,374 damage. Yep.

X-Bow has a slightly expensive cost for 6 elixir. It has the highest hit speed in the game (0.3 seconds), its deploy time is 4 seconds, and it has the lifetime of 40 seconds.

It has insane range, and although it does only 29 damage, it has a DPS of 86. If it locked onto the tower and never got hit, it will do about 3400 damage, more than enough to take a tower, and some more.

This card is usually used in siege decks, and although not enough alone, it can help take out a tower with some support and a tank.

Can be countered when alone, but of course X-Bow users never send it alone. Sigh.

This allows 13 Skeletons to spawn out and plus four more when it dies.

This card is very useful in many decks, such as Lavahound decks, and it can be a cheap counter to Hog Rider, Prince, and Mini P.E.K.K.A.

When couple with Ice Golem or Archers, it is perfect against Elite Barbarians.

It can be countered with spells, and air troops, but I still think that this card is really good.

You can read more about Tombstone at here.

The Telsa costs a good 4 elixir. Tesla has a really interesting property. Besides the 0.8 attack speed, lifetime of 40 seconds, and its damage of 112 at tournament standard, or a DPS of 140, it can hide underground when not attacking. This means that an enemy has to be in range for it to attack each other.

Good against small hordes and moderate health troops, it can draw Giant, Hog Rider, and other building targeting troops once again, and if hiding, cannot be affected by any spells, except for one.

Fun fact: If frozen while about to go underground, the retreating sound will loop.

Well there you have it, a guide on every single building in the game.

What did we learn? Not much really.

But thanks anyways for reading this tiring guide of mine. Feel free to comment and support us on CRA.

Many of you have been asking for my clan, and all I want to say is that G.O.D. FOREVER (my clan) is already kinda packed with 35+ people, so join quickly before we change our clan to invite only, or else I might have to kick some people out. Remember that if you want promote (at least specifically from me), you will have to swear to the #AsianCode.

This is SCorpSCilla, and stay awesome. 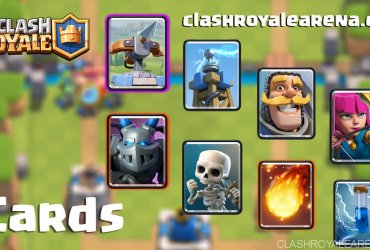 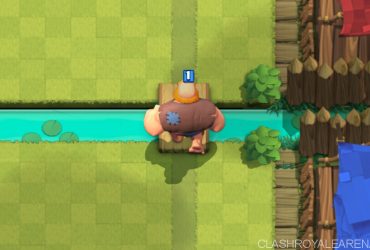 Hello guys, today let’s talk about Tankers, the indispensable part of Clash Royale. Their generous amounts of HP allow them to soak tons of damage while dealing deadly hits to …