How to Counter the Bridge Spam Meta | Clash Royale Guides

Hey guys it is samxx a.k.a cuzzy4 with a small guide showing you how to counter the bridge spam meta! 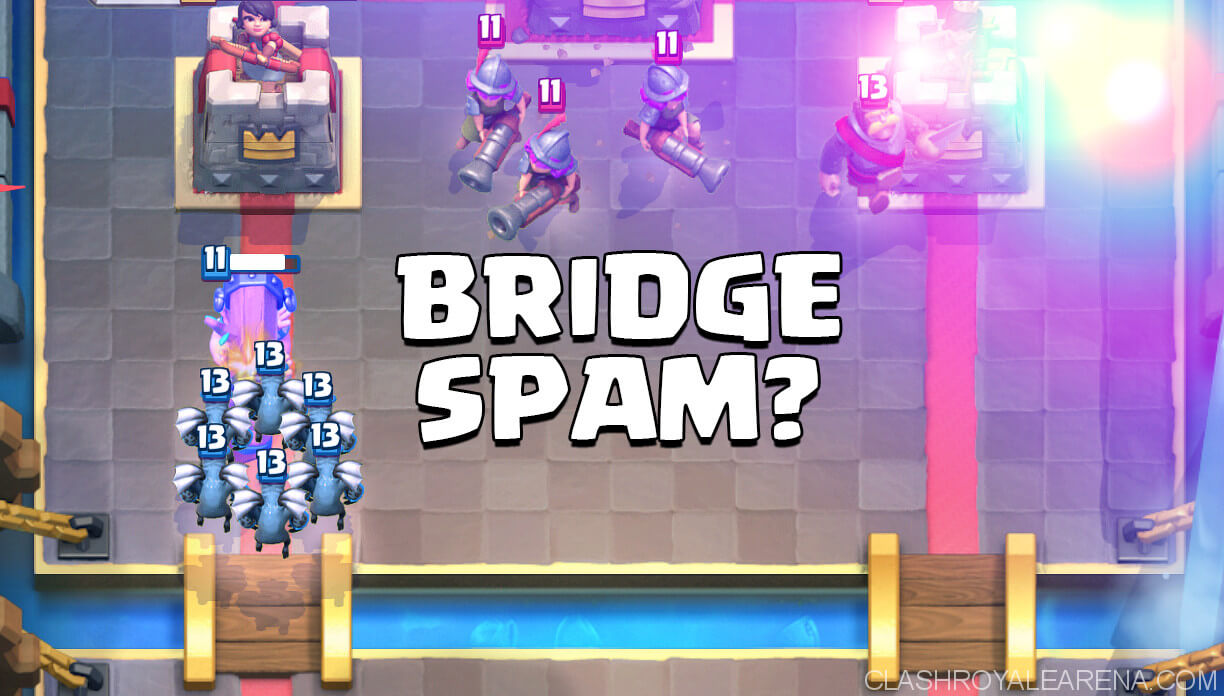 As you have maybe seen in CCGS and Grand / Classic Challenges, the new META is “Bridge Spam”, a tactic that relies on very offensive and pressuring troops such as the Bandit and the Rattle Ram.

Today I want to give you some tips and cards on how to counter it.

Of course there are different variations out there, but the center of the deck is always the same: Bandit, Battle Ram and NW, which make a deadly push combined.

Don’t pump up immediately. You can’t defend the Bridge Spam with only 4 elixir. This is why this tactic has become META!

All the Golem and 3M decks using Pump allowing their opponents to quickly get a tower at the start of the game. Instead, wait for your opponent to attack. When you either have a small elixir lead or they don’t have the combo in cycle, you are safe to pump up. Obviously, the same applies for other expensive cards.

Don’t underestimate a Bandit. The recent buff made this card so strong, even a low HP Bandit can threaten a tower.

How to defend Bandit: You want to place troops either directly on top of her before she starts her dash animation. Or, if you know your troop will not survive, place it right next to your tower, so she can’t dash to the tower after killing your troop.

Do not overcommit! A Bandit or a Battle Ram are really cheap cards that can heavily damage your tower. If you overcommit on one lane, they will punish you on the other.

Try to always have a counter in cycle. Often, I see people dropping their counters to the Battle Ram/Bandit right after each other. This will make you really vulnerable. At least try to have some ground units ready, which will distract the Bandit or the Barbs from the Ram.

Right troop placements against Battle Ram. I see a lot of people losing their counter (e.g. EWiz) to the Barbs.. try to place it somewhere in the middle so the Barbs will have to walk a bit. Also after the Barbs spawn, try to protect your troops with stuff like Skellies or IG. This will cost you 1/2 more elixir, but you will have a full hp EWiz to counter.

Tombstone: This cards does wonders against both Bandit and Battle Ram. The Bandit will always charge to the first Skeleton, protecting the TS from the dash. Also helps against the Pekka and the 3M in those deck variations. Be careful of the Poison though!

Goblins: These little guys have made a comeback after the skellies nerf. They survive 2 Bandit and Barb hits, and won’t get killed by Zap (which all these decks use most of the time)

Guards: Good counter to all three of the cards. They take a lot of hits to kill.

Ice Spirit the cheapest way to reset the BRam. Also it survives one hit from the Bandit.

EWiz: Great to stun the Battle Ram and attack both Barbs / NW and Bats. You have to somehow tank the Bandit though.

Ice Golem plus ranged attacker The problem with ranged troops is the Bandit dash. The IG tanks for troops like archers or EWiz to take out the troops with help of the arena towers.

P.E.K.K.A: Only use this if the opponent drops all of his troops in one lane! The Pekka will stop the whole push, giving you a huge positive elixir trade.

Personally, I use 2 decks in challenges right now which counter Bridge Spam perfectly and get me 12 wins almost every time:

I hope you guys enjoyed.

I know a lot of these tips are obvious, but I see a lot of players out there struggling to defeat Bridge Spam, even at CCGS. So I hope some of you learned how to counter it better.

Have a great day! 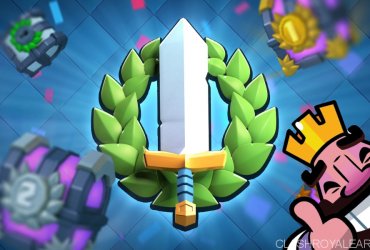 Hi. It’s me here again with another guide. Today i will show you… ah forget about it! What’s up my friends, it’s Norbysweg here coming with a slightly smaller guide … 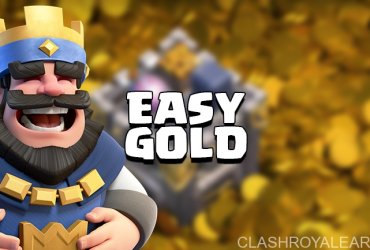 Undoubtedly Gold is the most important thing in Clash Royale since you can do everything with Gold, from upgrading cards to buying Legendaries. Since it is that important, getting Gold …