Hey guys it’s Ash and today I want to share some of the best decks and strategies you guys can utilize with the super fun Rage Spell at Arenas 5 and higher. I have been testing this deck for a few days and I very like it. This deck avg Elixir cost is also very low, only 2.9 Elixir. The funniest part while playing this deck is that you are able to place down up to 2 Giant during the Double Elixir time. 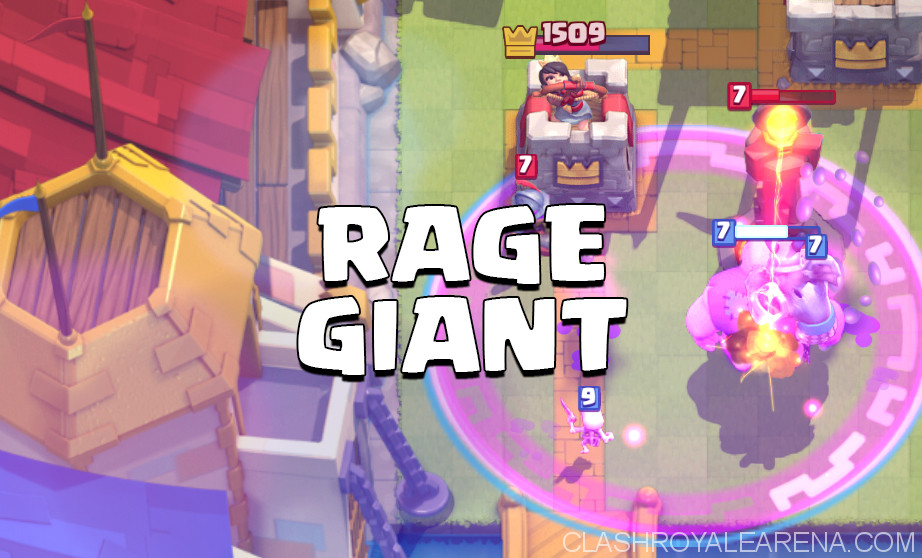 Recently, Rage Spell got some huge buffs, reducing its cost from 3 Elixir to only 2 Elixir and increasing its effect from 30% to 35%. Which means, there is much less risk involved with the Rage Spell now. In my opinion this low cost also makes Rage a great card for cycling.

Using Rage Spell is one of the easiest ways to catch people off guard.

Like most of you, I used to think that the best cards to use the Rage Spell on were slow troops such as the P.E.K.K.A, Balloon, or Giant. But I’d like to say that I was wrong, and that the best cards to use your Rage Spell on are not slow troops, but actually fast troops that do heavy damage and can be used in swarms. The reason why slow troops are not the best to use with Rage Spell is because there’s too much risk involved with them and they are also too expensive in Elixir cost. For example, a P.E.K.K.A costs 7 Elixir, so it’s very difficult to create a suitable combo with the Rage Spell when the P.E.K.K.A and Rage together already cost 9 Elixir. So it becomes extremely risky when using high Elixir combos recklessly.

So what are the best cards to use Rage Spell on?

From my experience, I would say the best are low Elixir cost troops, spawners, and cards that summon multiple troops, not just one. So here’s one of the best decks that I’ve had a lot of success with using the Rage Spell. I have seen lots of players using this deck lately in both ladders and Challenges. I have found this deck very interesting and really want to share it with all you guys.

This deck uses Giant as the main damage dealer. Since this is a cycle deck, you can’t just sit back and wait to defend first.

I usually drop Archers or Tombstone at the beginning. Playing the Giant first would be great too since this deck is very cheap, this wouldn’t be too much risky. Except the Minions and 3 spells, you can use any other troop to start the battle.

Once your opponent has dropped something expensive at down at the back, like Lava Hound, Golem, Bowler, Giant, etc, you can immediately rush on the other lane with your Giant.

A simple Giant + Archers + Mega Minion + Rage (13 Elixir) can deal tons of damage and can take out a Tower If your opponent doesn’t know how to defend properly. Not like other heavy decks, when you spend 13+ Elixir, it’s pretty hard to defend properly, but, except the Giant, all other cards in this deck are very cheap. You can easily stop strengthening your push and save Elixir to defend when needed.

On defense, because our troops are all cheap and people are using Fireball a lot, always try to separate them and use Giant to soak damage when needed.

I am pretty sure that you can use this deck to deal with most of the popular decks in the current meta game:

This is one of the most easy-to-use Rage decks at the moment. The Zap Spell is also an excellent combo with the Rage Spell because of its 0.5 second stun effect that basically allows you to take more advantage of the Rage Spell. If you don’t have the The Log, then replace it with Fireball. Log is of course a lot better at dealing with Zap bait decks and especially the Tombstone.

So now i want to share some live attacks for you guys, showing you guys how awesome and fun this deck is. This one the most fun decks I’ve used in this game!

So hope you guys like this deck and enjoyed these battles. Don’t forget to subscribe to my YouTube channel for more daily Clash Royale tutorials and strategy videos! 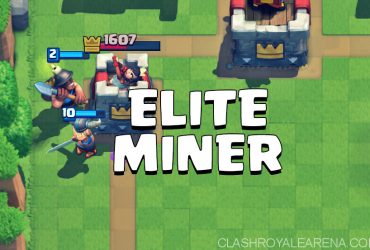 Hey guys whats going, RSivak back with a cool new Elite Miner Control Chip Deck I have been testing. This deck focuses on counter-pushing and depending on your Miner for … 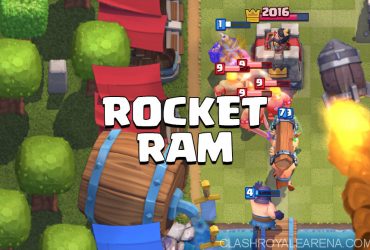