The Elixir Collector is definitely one of the most popular cards in Clash Royale right now so it’s such a lack If we don’t have a small guide for it on CRA!

I have received loads of questions about the best places to play the Elixir Collector. It absolutely depends on your opponent’s deck. Sometimes, it’s better to place it in front of the King’s Tower. But sometimes, placing it behind the Crown Tower is the best choice…

What is your favorite Pump position? Let’s discuss about this topic today!

What is the best Elixir Collector Placement in Clash Royale?

In front of the King’s Tower

This placement is very good against Giant Balloon and Miner because:

Although this position is also very vulnerable to the Poison, I did face couples of inexperienced players who accidentally triggered my King’s Tower while trying to Poison both Collector and the nearby Crown Tower.

Next to the King’s Tower

This position is good against Poison and Fireball because your opponent can’t make the most of those spells. Poison can’t really effect your troops and so does the Fireball.

When your opponent uses the Fireball/Poison on your Collector + Tower, you still can comfortably defend from the center and the very corner. Just place the pump at the perpendicular of the King’s Tower and the bottom corner!

This position is also pretty great against Miner because you can drop your Musketeer behind the King’s Tower to defend then counterpush immediately on the other side. Also, most players will send the Miner to the right side of the Pump. You can pre-place your Mini P.E.K.K.A there.

This Position is great against most decks not using Miner. You have lots of choices to defend without worrying about the Poison!

There are also some other nice positions. For example, placing the Pump 2 tiles in front of your King’s Tower can help you soak some hits from the Royal Giant. This page is still being updated and I am going to add them all here.

If you have any advice, don’t hesitate to share it with us!

Thanks Bellator_Gaius and 6john a lot for sharing this topic with us! 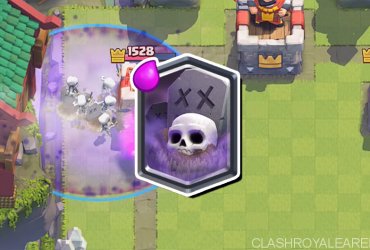 Hello guys, the new Clash Royale Legendary card, Graveyard, is going to be released in just next a few hours. I strongly recommend you take a look at this guide … 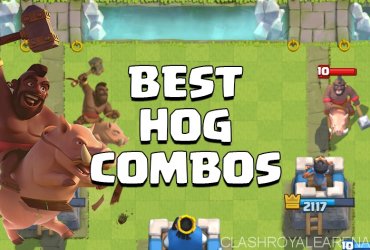