Wassup guys! It’s B-Yatch’CH (aka DabMaster2) back at it again with another deck guide for you guys. Today I’ll be explaining cycle decks or fast beatdown decks.

Cycle decks use 1 main win condition and continuously cycle through the deck to be able to play that same win condition very quickly. These cycle decks can take advantage of other decks not being able to keep up to the quick pace. 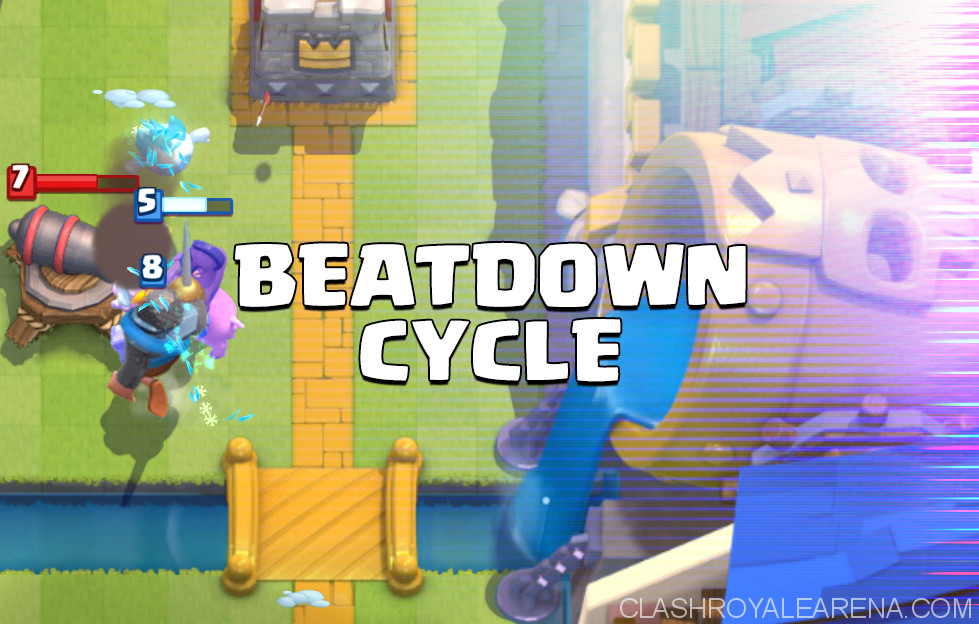 How to Make a Cycle Deck

The win condition is the most important part of the cycle deck.

Being able to cycle quickly through to this card is crucial. This card generally cannot be too expensive so it can be played easily.

Here’s a list of cards which can be used:

The main weakness against cycle decks are big and heavy tanks. You will need to use a dedicated and versatile support troop which has the capability to dish out high DPS and take out many troops. Examples:

Almost any building can work in a cycle deck, though not all cycle decks need a building. The best buildings to use are cannon and inferno tower. The cannon allows you to have a cheap and powerful defense. Having an inferno tower gives you a better chance against heavy beatdown decks. Furnace can be used to give the deck more control of the battle.

Another aspect of the defense is a tank or a high-health troop which can absorb damage. Knight or Ice Golem is most commonly used.

Cycle cards are what makes up the aspect of a cycle deck.

Most cycle decks only use 2-3 cycle cards. The most common cycle cards are Skeletons, Ice Spirit, and Ice Golem. Anything 3 elixir or below can be considered a cycle card, though at least one of your cycle cards must be 1 elixir to ensure a faster cycle.

The best spells to use are Fireball, Poison, Tornado, Zap, and Log. Rocket and Lightning can also sometimes be use.

Cycle decks will normally use 2-3 spells.

Musketeer – High Damage Troop: The Musketeer is used to provide high DPS and ranged support on defense and offense.

Cannon and Ice golem – Defense: The cannon is a cheap and solid defense. The Ice Golem is used on defense to tank damage or offense to soak up damage for the Hog Rider.

Skellies and Ice Spirit – Cycle Cards: These are versatile cards which can be used in many situations. They help to cycle through your deck to give you a better hand.

Fireball and Zap – Spells:  These two spells synergize very well. They can be used offensively or defensively.

You can take a look at here to read more about this deck!

X-Bow – Win Condition: The main goal of this deck is to play as many X-bows as possible and whittle down the enemy tower by cycling through your cards. The X-bow must be protected by all your troops while it devastates the enemy tower.


Inferno Tower and Knight – Defense: Inferno tower kills pesky tanks for a solid defense. The Knight can soak up lots of damage to protect the X-bow and provide decent DPS.

Skeletons and Ice Spirit – Cycle Cards: These cycle cards can be used to be able to cycle to another X-bow. They can also protect the X-bow well as a distraction.

Clash Royale Arena shared this deck a few days ago. You should take a look at here for more details about it!

Miner – Win Condition: Miner is used to slowly chip away at the enemy Tower. He can also be used as a counter push to tank for remaining injured troops

Electro Wiz – High Damage Troop: He provides so much value as a ranged support card. He helps support the defense to stop almost any push.

Skeleton and Ice Spirit – Cycle Cards: These cycle cards can be used on defense but their main purpose is to help cycle through to another Miner.

Poison and Log – Spells: Miner and Poison will slowly but surely whittle down the enemy Tower. The Log is used for clearing out small troops.

Take a look at here for more details about this deck!

Remember, you are no trying to deal heavy damage to a Tower and cripple down in one push. Cycle decks rely on fast cycling to be able to chip away at the enemy Tower. You need to keep constant pressure so your opponent doesn’t have the time to create a massive push.

Patience is key! Don’t expect to take down a full Tower in one push. Be patient and let your troops slowly chip away at the enemy Tower. I see many amateur cycle players who invest too much Elixir on a push expecting for it to take down a Tower, be instead gets countered easily.

What makes a cycle deck a cycle deck is its fast card rotation. There are two separate ways to out cycle your opponent.

Attack Bombardment – Attack bombardment is when you bombard your opponent with attack after attack after attack. For example, a Hog cycle deck attacks with Hog + Musketeer + Ice Golem, but once the attack is over, the Hog cycle player places down Musketeer, Ice Spirit, Skeletons, Ice Golem, and is already able to play another Hog rush. Once an attack is over you can cycle through to another attack mere moments after.

Bait Cycle – Bait out your opponent’s hard counter to your win condition then strike hard. This can’t always be pulled off. It can only work if you have cards which need to be countered by a single card. For example, if you are using a Graveyard cycle deck and you see your opponent place their Graveyard counter(s), attack hard to punish them.

Sometimes, it can be hard to get your win condition to kill the Tower. You will need to notice these most common mistakes and capitalize on it to cripple your opponent.

Over-Defending – Like over-committing, over defending is when your opponent uses too much defense. Since cycle decks have cheap attacks which can be cycle to continuously. If your opponent over-defends, you can take advantage of the Elixir advantage and attack swiftly.

Focusing on Only 1 Lane – Good cycle deck players will attack both lanes to keep your opponent off balance. The only exception is Miner Poison because it relies on Miner and Poison to slowly chip one Tower. If your opponent is always expecting you to attack one lane, juke them out and attack the other side.

TheRumHam wrote an important article about the Doomsday Machine theory which ties into how to counter tanks with using a cycle deck.

Imagine there is a 10-Elixir legendary building called the Doomsday Machine. It has a lifespan of 90 seconds but if your opponent can place down two of these, it’s an automatic win.

This card would be a strategy which can be used by players.

Would you play passively? No, since you are going to lose if your opponent can place down a second Doomsday Machine.

Investing 10 Elixir on the machine leaves your opponent vulnerable to a large attack.

This card doesn’t exist, but the concept exists in decks.

Think about it this way: A Golem player investing Elixir on a large push is already creating his own “Doomsday Machine”. A Lavaloon player stacking up all his troops behind his Lavahound is also creating a Doomsday Machine. If the push is uninterrupted, the Doomsday Machine is unstoppable and can lead to a win for your opponent.

Let’s say you are using the 2.6 Hog cycle deck and your opponent is using Giant beatdown. Giant + Bowler + Mega Minion + Poison is too much for only Musketeer and Cannon to hold off. The Hog player must disrupt their buildup and attack Hog the other lane.

That’s it for now, any questions, comments, or insults, post them in the comments below. Have a Clashtastic Day! 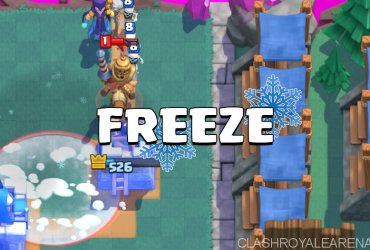 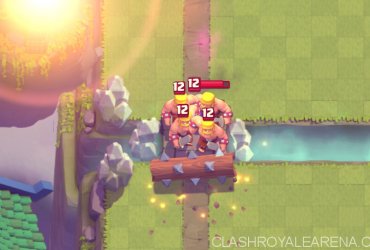 Hey, Nitrome95 here and today I am going to show you my ultimate guide to Deck Archetypes in Clash Royale. When it comes to choosing a deck archetypes, which is …