What is up guys, Corrosive Logic here with another deck guide! So the Battle Ram challenge has started, and I managed to go 12-0 first try, using my free entry in the Classic Challenge! 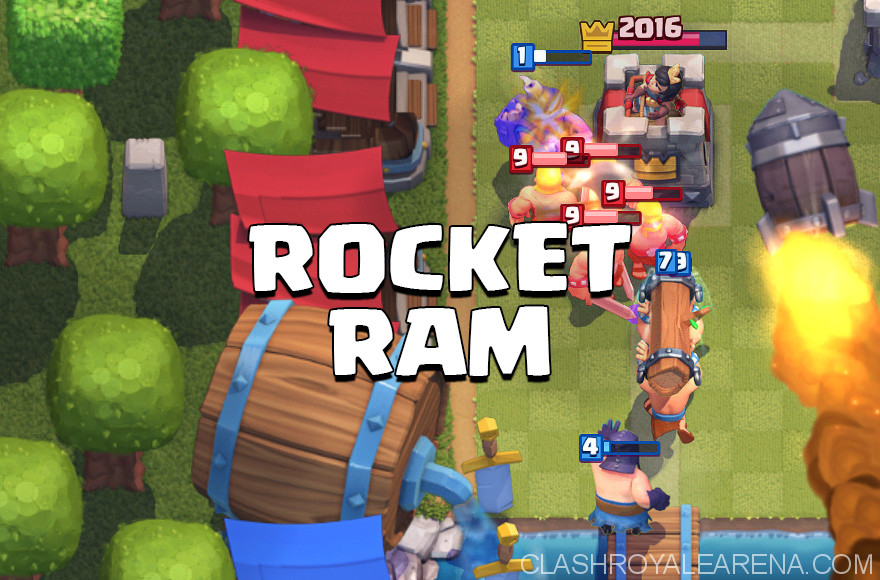 This deck was made by Marcel_p, one of the top players in the world. He’s probably better than me at using this deck, but after getting 12 wins I think I can make a good stab at explaining the deck! I also made a video with replays and explanation if you want to check it out. 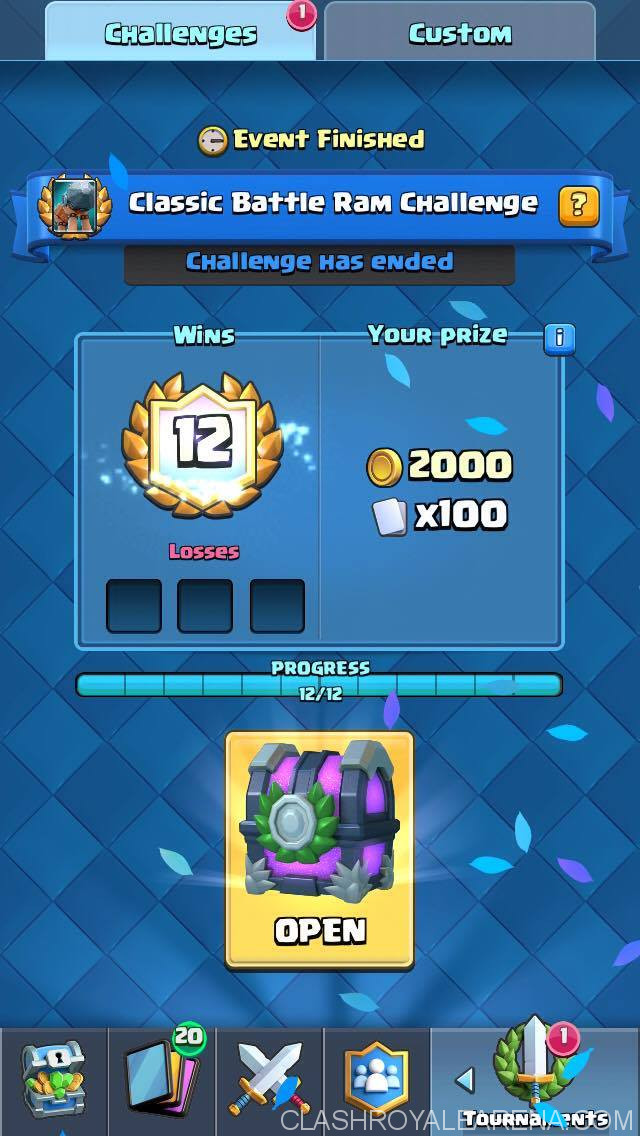 I was just about to start writing about some card replacements, but then I remembered everyone can use every card in this Challenge haha!

Quick Look at the Deck:

Executioner – Every single person I played in this challenge so far has used the executioner, which really shows how overpowered it is right now, so obviously that is why I’m carrying it in this deck

Miner/Rocket – This is your main win condition.

Tornado – A great spell that synergies very well with the Executioner

First of all, even though the Miner/Rocket is supposed to be the win condition, I do most of my damage with big counter pushes using every card in this deck. So keep in mind that defending well can lead to easy damage on your opponents crown tower. With everyone playing Executioner, you can exploit this, as every time they play it close to the tower you can Rocket it for immense value. Also with most players using Giant Beatdown decks you can rocket their big pushes.

A lot of people are complaining about the Battle Ram being bad, but I disagree. If your opponent has no buildings, misplaced their buildings, or don’t have it in cycle, it’s actually not hard to get the Battle Ram to their tower. If it’s charging, it deals around 450 HP which is almost a Rocket! I would say in every game I got about 2 hits on their towers using the Battle Ram, from simply waiting for them to make mistakes. Also you can use the Ice Golem/Battle Ram combo just as if it was a Hog Rider.

Whenever you have an elixir advantage, you can start chipping away at their tower. If they play a tank at the back and you have enough Elixir, definitely use that miner which deals around 500 damage if left alone.

First of all, I’m going to tell you to be very careful of Lightning, which a lot of players are using in this challenge. If they use their Lightning, that’s when you know you have to spread your troops out as far away as possible, and play the Tombstone at the top beside the bridge.

Of course since everyone is using the Battle Ram, I would suggest you don’t use the Tombstone unless you really have to! The Log momentarily stops the Battle Ram, which is what you can do to slow it down or as a last resort.

The Executioner is the amazing defensive weapon that you can use to counter anything! You can pull troops together with the Tornado, for your Executioner to throw his axe at. This combo is amazing for destroying big pushes. The Tornado is an underrated card, if presented with the chance, definitely pull your opponents troops to your king tower if you can.

The Ice Golem is also a really good defensive card! This mini tank provides so much value as it tanks for your other troops on defensive.

Lastly I would like to mention the Miner. If I have nothing better to use, I will often use the Miner on my opponents support cards when defending. Its surprisingly high HP can take out troops like Electro Wizard, musketeer, and even the executioner!

Overall this deck is what you would call a Miner Control Deck. It is pretty much the opposite of beatdown decks,  you must “control” the game by defending really well, and penalising your opponent for mistakes. I really enjoyed playing this deck, so again shoutout to Marcel_p for making it!

As always I would appreciate it if you could subscribe to my youtube channel as your support encourages me to continue writing these guides!