SuyogThePun here, bringing you my first ever guide on CRA, the Vietnam’s Bridge Spam Deck.

And what is the etter way to celebrate this than to review the new and cancerous archetype, Bridge Spam? That’s right. Without any further ado let’s get right into it. 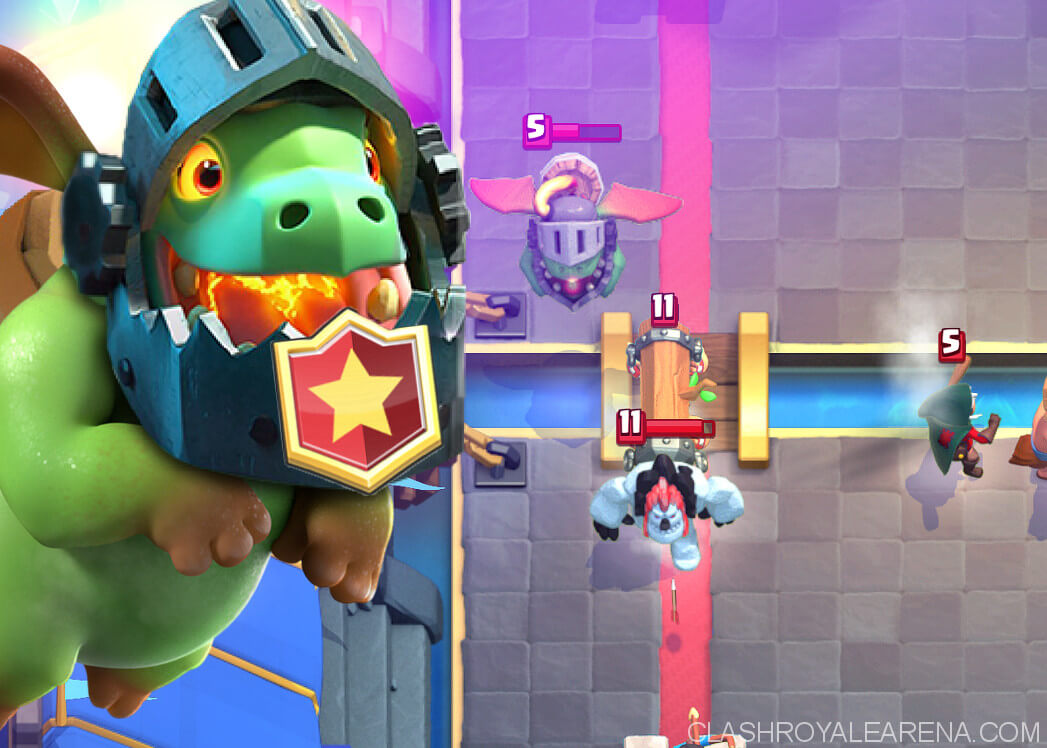 The Barbarians it spawns can be useful on defense. Use it when you are sure that the opponent does not have buildings in his hand or when you know that they just used up a counter.

Never use it as your first card, wait for them to make a move, counter them and punish them hard. Deploy it at the bridge for the special moments when they most vulnerable. Battle Ram Ice Golem combo is a deadly combination.

After the recent buff with her charge time being reduced, she’s crawling her way back to the meta. She is now much more viable against enemies and efficient at chip damage.

Use her to distract troops, get enemies off your Tower and for chip damage. However, she will not be ignored like Spear Goblins would. So, get a Zap spell ready for their swarm troops.

Night Witch is perhaps the most important one. She can 1v1 Knights, Mini P.E.K.K.A, Bandit, etc.

She doesn’t allow the Hog Rider to get more than one hit on the Tower (depends on the placement). Use her mainly to defend. Her Bats can build up and desecrate most pushes. She is the main troop killer in this Deck.

Pair her with the Bandit for a devastating combo.

It does what it’s supposed to do. It quickly melts any tank that gets in its way.

Use this in junction with Poison or Zap to clear about other troops and safely take out their tank. However, if the opponent runs decks suck as Hog cycle, the Inferno won’t be used most of the match.

The Ice Golem has a very basic purpose. He is to guard your cards whether it be defensively or offensively that being said he is and incredibly valuable card and shouldnt be replaced.

What can I say about this card that hasn’t already been said. It freezes and distracts troops all for 1 Elixir.

Use it to Freeze troops for your cards to get more damage in. But make sure that it jumps before troops like Elite Barbarians get a shot on it, otherwise it’s just an Elixir wasted.

Long have the glory days of Goison gone but the Poison spell still retains an absolutely important characteristic for this Deck. Area Denial.

The most important thing to remember is, How will your opponent counter if there is no way to counter? What are regular counters to Battle Ram, Night Witch, Bandit and Inferno Dragon?

Swarm troops like Skeleton Army and GobGang. Poison denies placement area for them. This why I strongly believe this is the most important card in the Deck.

Zap is another great spell costing very little to reset/get rid of swarms. Pretty basic function that all of you know how to play. The only tip I have for you is to use it in the right situations.

Feel out your opponent. Let them make the first move and get the counter ready or cycle to it.

Hold off on playing the Inferno Dragon or the Night Witch as they are prime defenses for this Deck.

Never play the Night Witch in the back. She will be your primary counter to Hogs.

Make positive Elixir trades whenever possible and go on counter pushes immediately after.

Once the opponent uses their defense use Ice Golem and Battle Ram for a devastating blow to their Tower.

Primarily, get some chip damage and positive Elixir trades.

Punish the opponent when they place down a Pump or Poison the Pump itself. And DON’T let them build an Elixir advantage.

Once you have made many positive Elixir trades, go on the attack and punish your opponent. Ice Golem, Battle Ram and Poison push primarily decimate towers.

Keep the Night Witch and Inferno Dragon for and tanks or for Elite Barbarians.

Keep using the Bandit to either fake push or take out a defensive building. But you should use the Battle Ram to take out Inferno Towers and Cannons because the Barbarians from the Ram will outlive the buildings and get a few shots on the Tower before they are taken out.

Now is when the real fun starts.

Like the nature of this Deck, bridge spam everything you have and keep cycling for more and more cards and throw down the Poison on the map for area denial. This Deck is surprisingly a three crown Deck.

If the opponent take out your Tower in the opposite lane. Don’t worry. Just defend enough so that they don’t take out your king Tower and keep attacking and you should, most of the times, get three crowns.

Most Hog cycle pushes have the Hog and Ice Spirit. To take only 1 hit on your Tower, place an Ice Golem to absorb the Ice Spirit and place the Night Witch directly in front of the Hog and the Hog will only get one hit. To avoid any hits whatsoever, do everything I just stated but also include the Ice Spirit to Freeze the Hog. After you counter their play, get ready for a counter push with Battle Ram and Bandit and the defending Night Witch.

However strange it seems, don’t Zap the Goblin Barrel. Instead save it for the Skeleton Army and GobGang. Use your Bandit and Night Witch to defend against the barrels and get a heavy push going with the Ice Golem, Battle Ram and the remaining troops. Get the Poison spell in the mix if you have enough Elixir. Again, don’t worry if they place down and Inferno Tower. The Barbarians from the Ram and other troops will most likely clear it and heavily damage their towers.

Focus on taking out the support cards for the tank before taking out the tank itself. Ice Golem, Night Witch can take out most supports. Add a Poison spell if there are Minions. After that build up more cards to take out the Golem. Then go on a massive counter push with all of the built up troops.

Use Poison spell on pumps during the first minutes. Then save it for the muskies once 2X hits since most people play them during 2X. Once they start splitting the muskies, Poison the 2 Musketeers and use Bandit and Ice Golem(if needed) to take out the other musket,

Place the Night Witch at the back once the Lava Hound is going to cross the bridge and then start cycling and getting more Bats to take out the Lava Hound and Balloon. Start a small push on the other side so that your opponent has to defend or lose the Tower. Save the Zap for pups but use it on the Balloon if it’s in critical condition and will make it to your Tower if left unattended.

Defend but don’t waste Elixir on unnecessary stuff. Ice Golem Night Witch can take out Ebarbs (if they are not over leveled) and will set you up for a counter push.

Use Ice Golem, Night Witch and Bandit to instantly take out all siege buildings.

Well that’s it for my guide. I hope all of you have great success with this deck and hopefully lots of 12 wins in Grand Challenges. 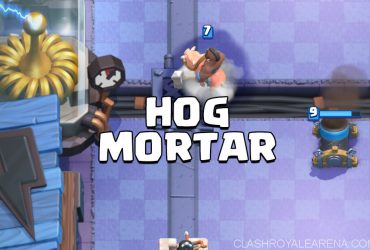 Hey guys, it’s NebulaNoodle back at it again with a brand new guide, an amazing, solid, and consistent deck which grinded me up to 4k Club! It contains some bait … 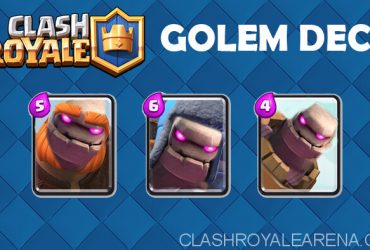