Hey guys, we are going to have a new special event tomorrow, the Battle Ram Challenge.

It is always a great idea to take a heads-up of the upcoming event in Clash Royale! 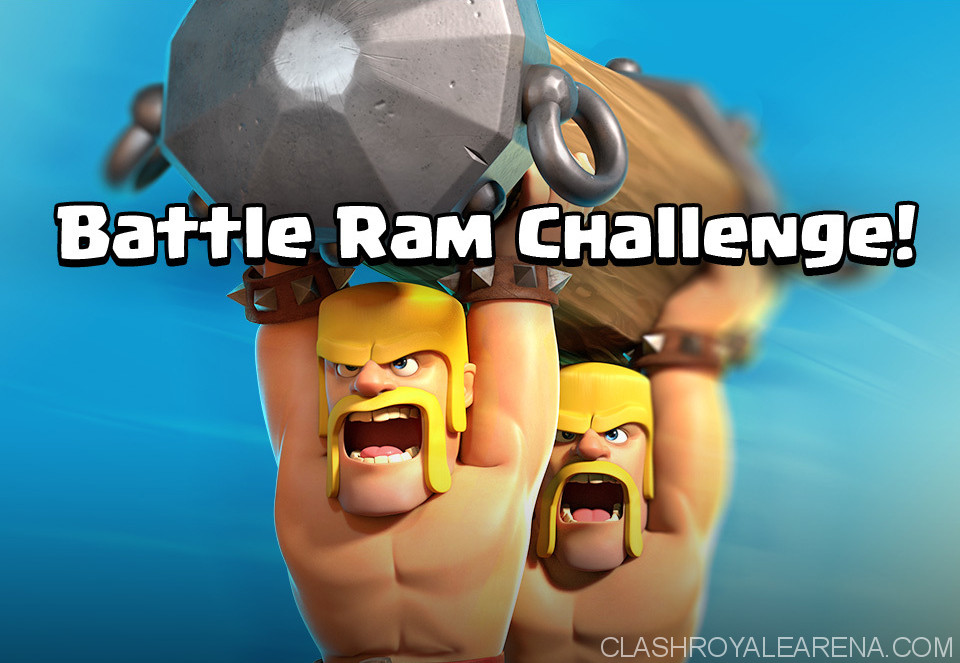 There will be 2 modes:

Take a look at here to read more about Challenge Rewards.

Below are the Guaranteed Battle Ram Cards you can get from chests. Remember, If you haven’t unlocked the Battle Ram yet, you will receive only one card at the first time. 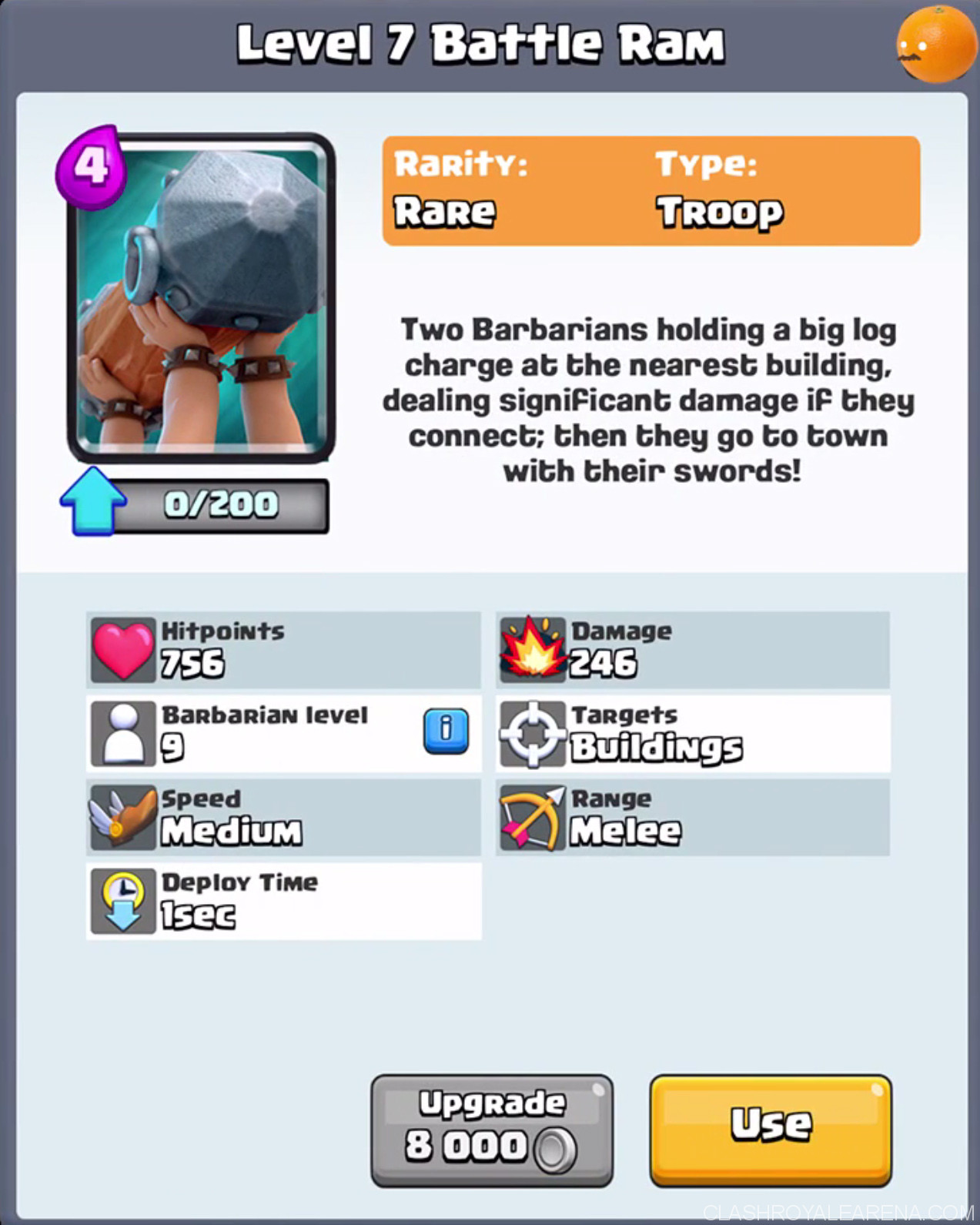 In this Challenge, you will be able to use all cards available in Clash Royale right now (including cards you haven’t unlocked yet) to build a deck based on the Battle Ram.

All cards will be set to the Tournament Standards, even when your cards are low leveled. For example, If you have level 1 Executioner, it will be set to level 4. 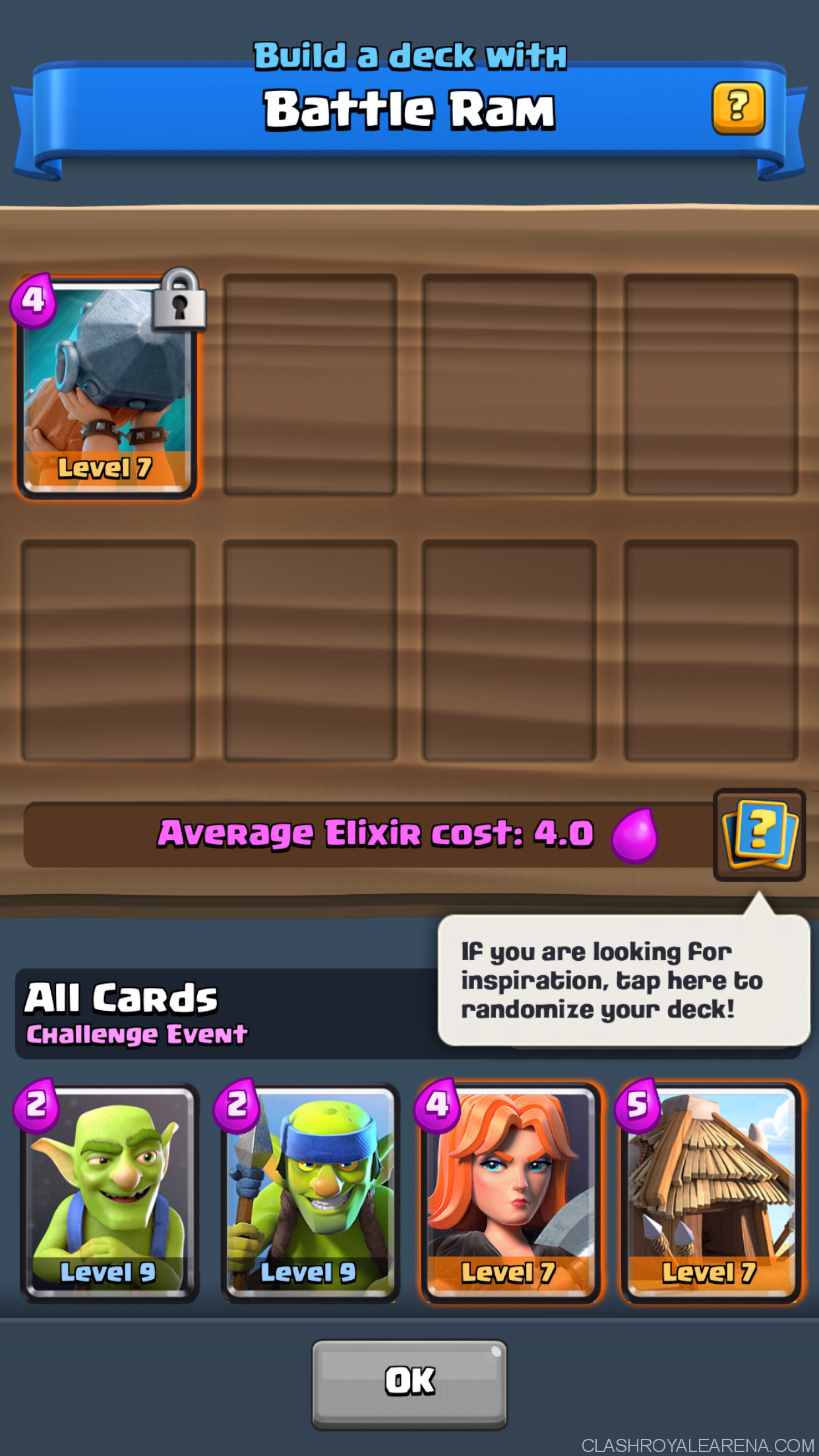 Once you entered the Challenge, you have to make a deck with the Battle Ram. There isn’t any time limit so take your time and build a great deck! Also, please note that you can change your deck any time while you are in the Challenge. If the deck you are using is not working well, build a new one!

Use the Deck button like the screenshot below to modify your deck.

Once you get 5 wins, you will get the Battle Ram permanently (even before the official release).

After unlocking this card, you will be able to pull it out from any other chest (Free, Silver, Gold, Crown etc).

Gif shared by Yarn. Take a look at this video for more details!

Hey what is up guys! It’s me Zigge here with a deck for the Battle Ram Challenge. So you guys might be wondering what deck to use for the Challenge, and here it is! This deck is extremely aggressive and relies heavily on the Defensive Duo (Mega Minion and Tombstone) for defense. Let’s get into it!

Note: I strongly recommend reading this guide before continuing, it will help you a lot in understanding some of the words I use.

So this card is very new to the game and none (maybe Yarn does? o.0) knows how to use it. But I think it’s gonna be a mix between Hog and Elite Barbarians (just that they are regular Barbs, not E Barbs).

Because it will charge onto a building and when it does, it’ll hit it for almost 500 damage and two Barbarians. If they Battle Ram gets destroyed before it reaches a building, the Barbarians will simply spawn.

This will make at least one high-card (or building) in your deck to counter the Battle Ram.

The two cards that I think will be the best counters to it are Tombstone and Skeleton Army (two already very popular cards and they are very easy to unlock). The Skeleton Army will destroy the Battle Ram before even getting close to reaching the tower and Tombstone will take the shot and die, spawning the four little larries (and there are already more if you placed the Tombstone early) which will distract the Barbarians.

Think of it as a wave of Barbarians from a hut, spawned on your side.

I’ll give you my personal opinion on the Battle Ram later.

I’d say the third or fourth (fighting with against The Log for third place xD) most important cards in ANY deck for this challenge.

They pair very well with the Battle Ram because they have high splash damage and with their fast move speed, they’ll run right behind your Hog or Battle Ram. They can completely shut down a Minion Horde which can reach your pusher* from the air. They also work very well on defense against Barbarians or similar stuff.

Tip: If your Goblins are one level higher than your opponents Three Musketeers, they’ll need two shots to kill each of them so you can actually quickdrop Goblins, then Fire Spirits onto the musketeers to kill them.

The second most important card for this Event (after Battle Ram). It’ll completely shut them down as already mentioned. It’s also good against Giant and Hog Rider. Place it in the middle and soon as you have it to invest Elixir and force your opponent to make the first move. Because this deck runs two investment buildings*, you can always be on the defensive, chip your opponent out with the Furnace until you get the Elixir lead.

*An investment building is a building that you can place down anytime and get the benefits of it. These include; Tombstone, Furnace, Goblin Hut, Barbarian Hut and Elixir Collector.

I felt like a had to have this card in this deck because the deck is very offensively oriented. Together with the Tombstone they form the Defensive Duo (question for the comments, is Executioner + Tornado the new Defensive Duo?).

The Mega Minion is one of the easiest cards to use but if you’re not familiar with it, you should try it in a couple of Friendly Battles and you’ll learn quick.

Well the Furnace isn’t exactly a ”The Runner”, but it’s close. Just think of it, ‘The Runner” is a card that translates from a successful defense to an offensive counterpush. And Furnace does that right? It survives and continues to spawn Fire Spirits.

Anyway, this is another one of cards you don’t really have to try before using (just make sure you time it right against a Tombstone or enemy Furnace). The Furnace Spirits will spawn over and over again, dealing over 1000 damage to a tower if ignored. They can also support a Hog Rider or Battle Ram on offense.

No-brainer. Use them with Hog.

Another no-brainer. Very good vs. Skarmy if predicted. Barbs Double Log (Battle Ram + The Log) is a devastating combo if they use Skarmy.

Battle Ram + Fire Spirits – Strong combo if they dont have the right counters, can be easily countered.

So if you haven’t noticed yet, this is a bait deck and a dual lane pressure deck. What you wanna do with this deck is invest Elixir with your buildings and chip their towers. Eventually you can go in for the double lane pressure push (more on that later).

Disclaimer: This is just my personal thoughts on this card before even testing it. Hope you guys understand this and won’t hate on me in the comments.

What I think of when I see this card in the Hog Rider, there are many slight differences but this one really grabs my attention, it’s so easy to counter, for a bunch of reasons. Don’t get me wrong, it’s a very strong card if you play against the right deck, but, that’s also how it is with any card, even Trash Can on Wheels (poor Sparky).

So, why this card is such easy to counter is mostly because of its HP. With only 756 HP, a Mini P.E.K.K.A can take it out before it even reaches the tower. Second thing is, this card doesn’t really deal damage. Well you might be like ”WHAT!?”, but it’s true. 500 damage and then two regular Barbarians. That’s it. And the third thing, Tombstone is gonna be the most popular counter to this card, and, The Log doesn’t counter Tombstone. Because there’s no way that the Battle Ram will be able to deal damage before its first strike, which also breaks the ram.

So what I think Supercell should do is add death damage when the ram breaks, but only if it hits a building first. It will be a new twist and an interesting buff to this in-theory weak card, but who knows how it’s gonna be in the Arena?

Keep calm and clash on guys and I’ll see you later!

Some more great Battle Ram Challenge decks for you:

Also, unfortunately, the Battle Ram Challenge will not be available in the Friendly Battles. 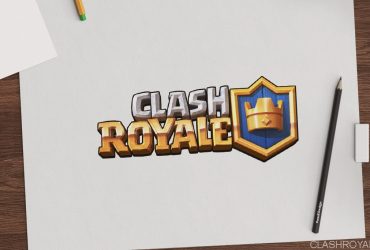 In order to make Clash Royale more balanced, in May 2016, Supercell is going to release a new Clash Royale Update with lots of new cards, features and balance changes! … 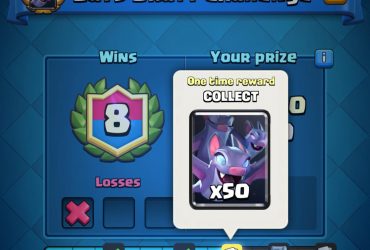 As we are going to have a Bats Draft Challenge, I really want to share with you guys some of the best tips for getting 12 wins in this Draft …