Finally today Supercell has released the Bats after a very long time of waiting. Let’s take a quick look at this new stunning Cards and see how it affects the meta! 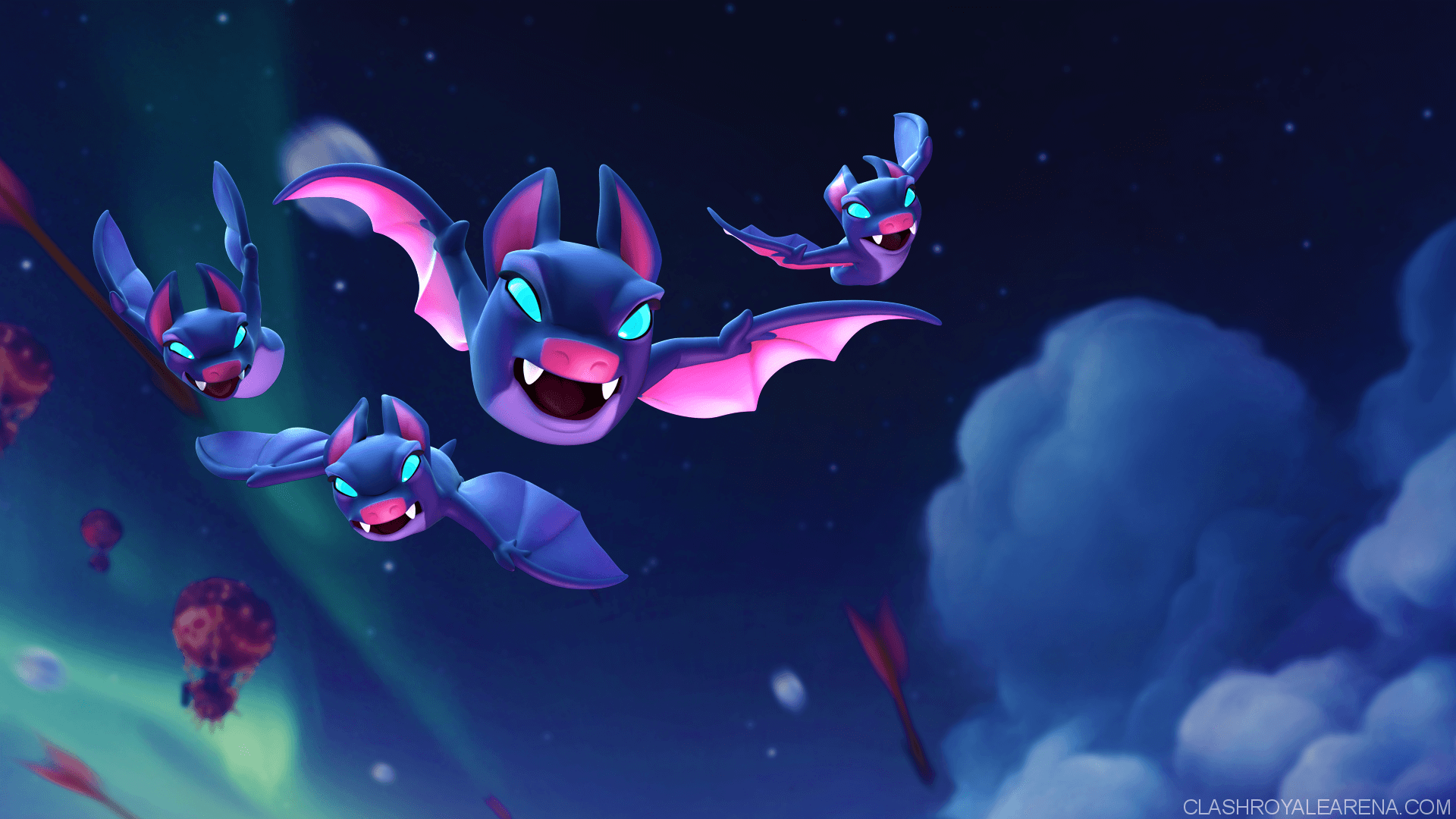 Due to the low Elixir cost, it’s impossible to take out Bats by using spells. It’s also pretty hard to take out Bats for an equal trade because Zap’s radius is pretty small to kill all 4 Bats properly. Thus, Bats should affect Graveyard decks a lot since the Graveyard user needs to use the Poison all of the time.

Because it’s a cheap card, Bats can be effectively used in Cycle Decks. We now have 3 very versatile cards in Clash Royale: Skeletons, Ice Spirit and Bats. Before, it’s pretty hard for cycle decks to deal with heavy air beatdown decks but now with the help of Bats, this could be changed.

Bats are excellent support for tanks! They can easily distract and destroy the Inferno Tower, helping the tank walk to the Tower freely. As an air card, it fits in Lavaloon decks very well.

At tournament standard, Bats offer 67×4=268 DPS, which is better than Minions. For only 2 Elixir, Bats are such a reliable source of damage. You can literally replace Minions with Bats in most decks.

Thus, Bats can easily kill these troops before they reach the Tower:

Note that vs Night Witch, place Bats right in front of your Tower so they will kill the Night Witch’s Bats first.


And these can only land 1 hit off the Tower

Vs fast moving troops like Hog Rider and Lumberjack, place Bats 3-4 tiles from the river!

These are some interesting and powerful decks utilizing Bats. Give them a try!