Hello guys, due to the rise of the combo Giant + Balloon in Clash Royale, people are using Balloons a lot these days. But, I have also seen lots of players using Balloons the wrong way, so, yea, hopefully you will find this special guide helpful! 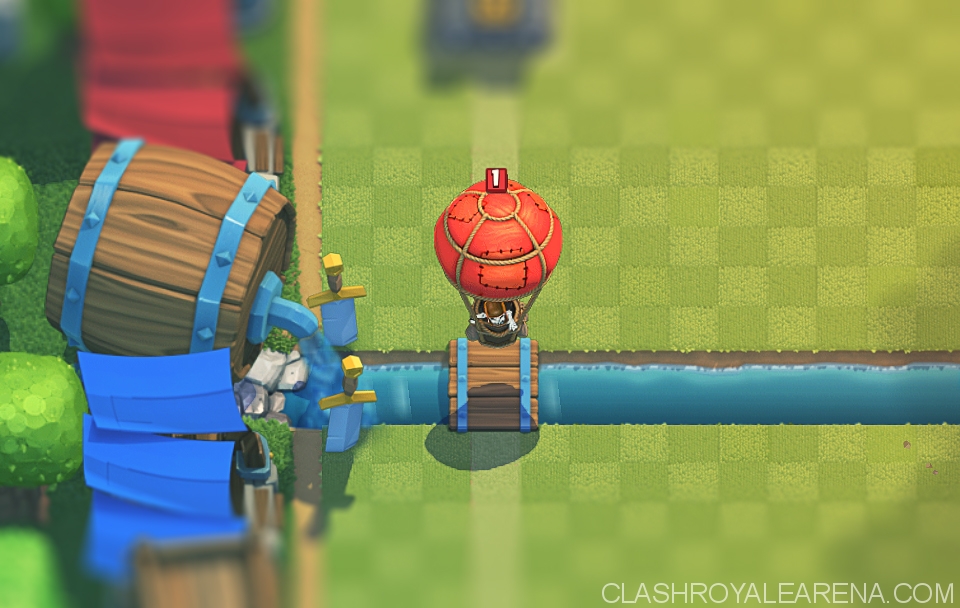 All in all, its strengths far outweigh the weakness!

How to make the most of Balloon

In order to show you how to use Balloon, I would like to give you this deck and show you how it works. This is easier.

This Balloon deck doesn’t require any high level cards and Balloon is the only Epic. In addition, because I talked about these cards a lot before so I will make the Cards Breakdown section below simple. If you have any question about using these cards, don’t hesitate to comment!

The main idea while using this deck is to get the Balloon to opponent’s Tower and chip it away. And here are some variations of pushes you will want to use:

Full Push: If done properly, this push can easily destroy a Tower. In addition, because this push takes lots of Elixir so you will want to do it in the x2 Elixir time, depending on how much pressure you are being placed on.

Giant + Balloon: Play the Giant right on the bridge and followed by Balloon, make sure your Arrows is ready. This combo is deadly If your opponent doesn’t have air defense in hand (bad opening hands at the beginning). Ideally, launch this combo after placing your Elixir Collector.

Balloon + Valkyrie: Play the Balloon right behind the Valkyrie you are taking the Elixir advantage. Your Balloon will get 1-2 hits off but still can devastate the Tower.

We all want the Giant to soak all the damage so we need to send him in first. The Balloon must be behind the Giant otherwise it will be taken down quickly. Your opponents will always try to take down the Balloon first because it definitely does more damage than the Giant. Truly it is pretty hard to catch the Balloon properly because:

Your opponents will likely try to use some of these following strategies to stop your pushes:

These are some popular matchups we face everyday!

Giant Push: Drop your Barbarians (or Goblins) out of the opponent’s support troops attack range, then place your Valkyrie right on top of those supports. Valkyrie is enough to deal with Wizard, Bomber, Witch, Spear Goblins, Archers,…

Hut Decks: If your opponent places a Barbarian Hut down, immediately play everything you have on the other lane. He will not have enough Elixir to counter things properly. Most of the time, you can take down the first Tower easily, then, play defensively. Otherwise, play defensively and wait for the opportunity.

Double Prince Decks: Use Barbarians to soak damage then use either Archers or Valkyrie to take them out.

Hog Rider: Place Barbarians right in front of your Tower. If played well, the Hog Rider will even not able to hit it. If you don’t use Elixir Collector, Cannon is always an obvious choice for this!

P.E.K.K.A Push: Pull the P.E.K.K.A to the middle first then use Valkyrie to deal with supports behind her. Barbarians would be enough to take her out.

Poison Breakdown – Barbarians are your best choice as they acn withstand the lifespan of the Poison.

Okay guy so that’s everything I want to share with you today. Hopefully you have found this guide helpful. Don’t hesitate to ask me anything you want!