So finally Supercell has announced the upcoming Clash Royale Balance Change Update on November 30th 2016. In this update, Supercell is toning down Mega Minion (as we predicted before) and making the Elixir Collector great again. 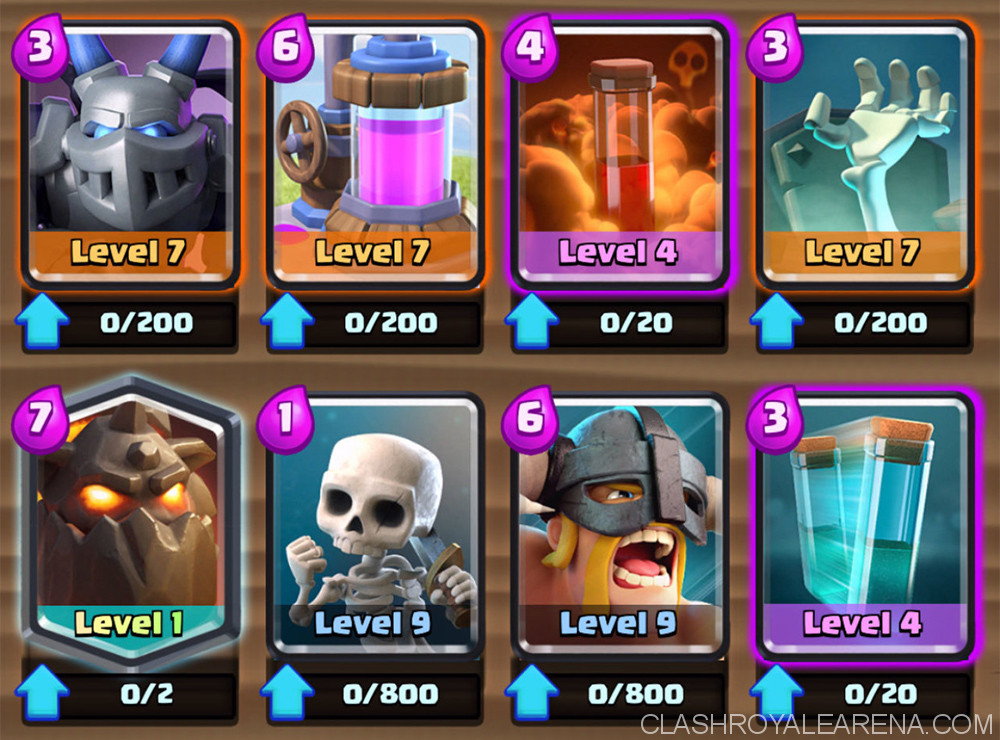 Below is Ash’s opinions on the new Clash Royale update (balance changes).

This is no surprise. Mega Minion is too valuable for only 3 Elixir and can beat all other 3 Elixir and 4 Elixir unit (except Tesla) one on one. In total, this is about 15% DPS nerf. Unfortunately, even with this nerf, the Mega Minion is still going to be a beast. The Mega Minion will continue to beat threats such as Musketeer, Baby Dragon, and Wizard one on one. And in my opinion, it’s really not too significant.

The Mega Minion was used by over 84% of the Top 100 players in the Global Leaderboards for the last 3 weeks. This nerf may reduce the usage down to around 75% I would. The 2nd most used card is The Log, which is used around 65%, so yea, I really don’t see another card surpassing Mega Minion, unless the Mega Minion gets a bigger nerf than this.

I feel like this is a huge buff and feel like it’s unneeded. It’s only been a few weeks since Elixir Collector was changed.

The Elixir Collector wasn’t dead, it was still a fine high risk high reward card and also worked perfectly fine in 3 Musketeer decks too. But now with this significant buff, the Collector will now produce Elixir faster, making it super super deadly during double Elixir time.

Beatdown decks will be stronger than ever during double elixir. It will still remain risky, but the reward is now really high. You get a 3 Elixir profit in 70 seconds, that’s a crazy return value in my opinion.

I feel like Supercell just rushed this card, thinking it was dead. The Elixir Collector metagame was one of the worst metas in the game, where in its prime, it was in about 90% of top players’ decks. I would hate to see that happening again.

Many people believe that this is a significant buff, but in my opinion, it’s not really not significant and Poison will still be very underused.

Poison’s main attribute used to be its slow down effect. A 10% buff means Poison will do 60 damage per second instead of 55 for 10 seconds at Level 4. And in total, it will do 50 more damage to troops and building, and 25 more damage to Crown towers. Which is insignificant in my opinion. It’s not going to kill Skeletons from a Graveyard, in fact, it’s going to be the same thing beause Level 9 Skeletons have 67 HP and Level 4 Poison will now do 60 damage per second, so it will still take 2 seconds to kill Skeletons.

So yea, I don’t think a 10% damage increase is going to Poison a better option than Fireball or Lightning in most decks.

The Tombstone will still remain as the best defensive building, and I’m very confident in saying that.

This change only affects like 0.000001% of the players, and I’m one of those players who’s affected pretty badly like this.

This is simply so that a Level 12 player’s Arena Tower can 2 shot Level 4 Lava Pups, instead of 3 shot. I don’t like it because my highest level Legendary is my Level 4 Lava Hound, and it’s the card that I use to mainly trophy push with because of that. Not only that that, Level 4 Lava Pups already get 1 shotted by Level 13 Zap Spell. This is a big blow for me.

Ash explaining the new balance changes in this video:

Supercell back in October removed the slow effect (movement speed and attack speed) from Poison which completely annihilated it, but they felt it was needed to rid Clash Royale of Goison and they didn’t want to risk not going far enough to remove the combination from the game. Well they succeeded, there is more variance in the arena but in it’s place Lightning now stands just about supreme and is used in two very strong decks at the moment: the Giant with Bowler and the Lava Hound. Supercell is apparently looking at Lightning so maybe come end of December we will see a buff to Elite Barbarians and a slight nerf to Lightning but anyway I digress let’s get back on topic, POISON!

Poison has been completely unused since that nerf, in fact the only time I saw it was in the entertaining Double Elixir Challenge where I lost to a very good (annoying) spawner deck on my 12th win attempt, yes I’m still a little bitter! So it was inevitable that it would get a buff at some point especially when a fireball does more damage and instantaneously. So this 10% damage increase is certainly a good start at bringing the Poison spell back into the arena from the Graveyard :), and right now there are decks out there where I can see this spell really working and in some instances even being as strong as Poison was back before it was nerfed! Big shout I know and it is to do with the Ice Golem with Poison interaction against the Barbarians, this is something which no one has seemed to pick up on yet but before I talk about that here is some background:

Before the Poison destruction back in October, it slowed units speed and attack speed as well as did damage over time. At that time Hog Rider Poison was a thing, obviously it was not as prolific as Goison but it was there.

Current Decks that will be affected by an increase in Poison popularity:

With all of this in mind, Poison is looking more attractive especially post the ten per cent damage buff.

This all looks very good on paper but we will just have to see how it works in practice. I’m pretty sure it will work in some decks but if doesn’t work you didn’t hear it from me… if it does work, you heard it from Galbers Gaming first 😉

Anyway, please let me know if you:

Thanks for reading, if you have any questions please do not hesitate to ask and please don’t forget to subscribe to Galbers Gaming’s channel for more strategy and tips.

What do you think about these changes guys? Please share your opinions!