Hello guys, It’s Ash! Nice to see you guys again in this new post! Today, I am going to give you my own advice of attacking and deploying fundamentals in Clash Royale. I hope you guys will like it! 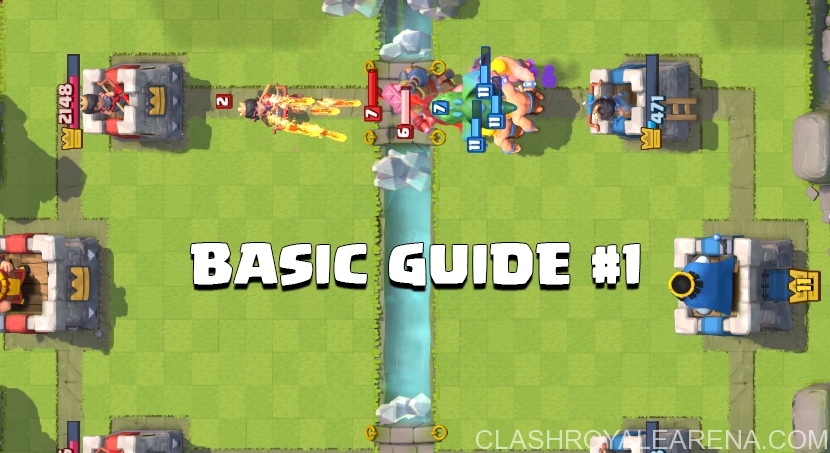 When starting your battle, you should first allow your Elixir bar to fill

You should not recklessly deploy your cards without first loading up on a full Elixir bar as this will only give your opponent the advantage. For example, say you deploy your Prince card when battle just started and you have 6 Elixir. Your opponent can simply place a Tombstone, which costs 2 less Elixir and quickly counter your Prince and take a 2 Elixir lead. Another example is playing a defense such as the Inferno Tower right away. This is a bad idea as your opponent can just wait a few seconds to load up on full Elixir, plan out a good counter, and also weaken your Inferno Tower without even touching it because of the Inferno Tower’s 40 second lifetime. Thus, it is important to first allow your bar to load up.

Usually, you will face opponents who will also wait to deploy until they have a full Elixir bar. In this case, you have two options:

​Usually, it is best to deploy your first card at the moment or right before you have a full Elixir bar.

When starting your battle, it is often a good idea to start with a low Elixir cost card

Start slow. I have stated in this guide numerous times that you should start your battle with a slow tempo, and this is a key fundamental to winning.

For example, say you have the Prince and Archer card in your starting hand. Do you start with the Archers or your Prince? It is often better to start with the Archers due to their significantly less Elixir cost (3 Elixir compared to Prince’s 5 Elixir cost). Why is this important? This is important as starting with a high Elixir-costing card is often dangerous. If your opponent simply places a Tombstone card (3 Elixir cost), then you are quickly in losing the Elixir race by 2. While playing a low Elixir-costing card such as the Archer comes with less risk of that and will also allow you to scout your opponent’s first move without having to waste Elixir on a full bar. If your opponent decides to send out his Giant and Musketeer at the same time, then you are prepared to make a good counter with the 7 remaining Elixir. While if you had deployed your Prince, then the Giant + Musketeer combination will quickly take out your Prince.

As your troop(s) take a longer time to travel to the opposite side, you allow yourself to load up on greater Elixir. Thus, if you wish to create a deadly combination such as a Giant + Musketeer + Witch, then this requires 14 Elixir to do so. To accomplish this, you can place your Giant at the far end behind one of your Towers and by the time he travels to the crossing bridge, you will have the additional 9 Elixir to complete your combination.

Which Arena Tower should I attack first?

Focus on destroying one Arena Tower at a time

A big mistake I see new players often make is that they keep switching towers. You should focus on destroying the tower with the lowest HP first, and then move onto attacking the second tower while also playing defense if you’re in the lead (to let the clock run out).

The most powerful attacks are attacks that are played in combinations

For example, a card such as the Giant is not much of a threat alone as he is a very slow troop. However, when combined with a ranged attacker such as the Archer or Musketeer card, it becomes a much bigger task to stop this threat. A Giant alone can be taken down by a 3 Elixir Minion card, but with the assistance of Archers, the Minions will not be able to take out the Giant (as he makes his way to your opponent’s tower). Thus, you should constantly try to load up on Elixir (and also win Elixir trade-offs) and attack in combinations!

There are many distinct ways of classifying a troop card and its specialties:

There are two types of damage inflicting cards

Cards that deal “point damage” (damage to a single troop or building) and cards that deal “area or splash damage” (damage to multiple troops or buildings). Point damage cards include Musketeer, Prince, Archer, Mini Pekka, etc. Area damage cards include Bomber, Valkyrie, Witch, Baby Dragon, Arrow, Fireball, etc. While it may sound like area-damaging cards are the better option, they are among the weakest cards in the game. Thus, these two types of cards have different roles. With the ability to damage multiple units, area damage cards are best utilized for defeating hordes or swarms of low HP troops such as Skeletons, Goblins, Barbarians, etc. While point-damaging cards tend to have the greatest DPS (Damage Per Second) among all cards and so they can best utilized for destroying high HP units. For example, a Mini Pekka can be used to quickly take down a Giant. While an area attacker like the Valkyrie will struggle to deal decent damage onto the Giant.

This guide was submitted by Ash, check his YouTube channel at here. Thank you very much for reading! Please share this post with your friends If you find it helpful, that will help this blog a lot. Thank you my friends! 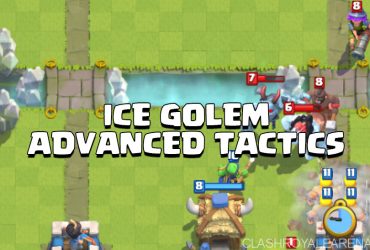 Hello fellow clashers! This is usc1313 and today, I bring to you some of the uses for the newly released Ice Golem showcasing its various capabilities by itself as well … 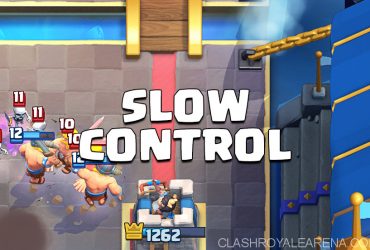 Hey Guys! Its Blaze back with another guide for you all! This is my final guide of the series ‘Advance Control Decks.’ You can visit my other guides at: Control …