Are you looking for an easy way to push to Arena 7 with your P.E.K.K.A? Is your Wizard high level? The deck I am doing to introduce with you guys today has been helping me push from 1700+ trophies to 2500+ trophies! You will like it! 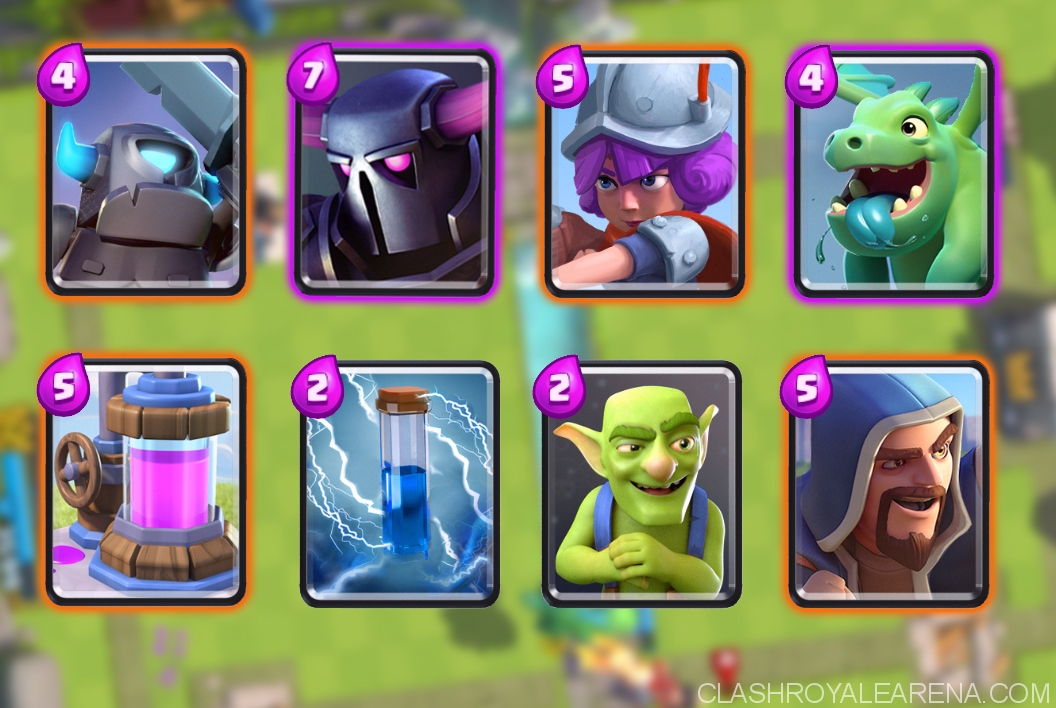 If you have the Ice Wizard, I strongly recommend replacing Wizard with him. If you don’t like using Zap, you can replace it with Arrows but I recommend using Zap because of the 1 second stun.

How to use every card

Note: I will try to keep this simple as I talked about the ways to uses these cards a lot before. You can take a look at here for more details.

P.E.K.K.A: She is your core offensive troop. You will always want to start your push with her, when you have the Elixir Collector on the ground of course. Before the late game, place your P.E.K.K.A at the back of your King’s Tower so you will have enough Elixir to ramp up your push and to defend when needed. The best combo of this deck is P.E.K.K.A + Musketeer + Wizard. P.E.K.K.A can be also used to effectively counter the Dual Prince push, Golem pushes and many other pushes.

Mini P.E.K.K.A: This is a very versatile card in Clash Royale. She can easily stop small pushes such as Hog Riders, Prince, Giant,…  Sometimes you can place her next to your Musketeer and Wizard to reinforce the push. If your opponent drops a defensive building in order to distract your P.E.K.K.A, you can use your Mini P.E.K.K.A as a small tanker and keep your P.E.K.K.A from troubles.

Musketeer: She does a ton of damage on both offense and defense. I don’t have much thing to say about this card truly. If you get attacked by ground troops, try to save her for your big push with P.E.K.K.A and defend with Goblins and Mini P.E.K.K.A.

Goblins: On offense, they can deal a lot of damage If they can get to the enemy Tower behind your P.E.K.K.A. Of course you just want to use them on offense when your opponent used all splash damaging cards as it’s pretty easy to counter them. On offense, this card is one of the cheapest ones but is very useful at countering many pushes, especially against Hog Rider and Prince. Against small pushes, you can use them to deal with support troops behind such as the Musketeer.

Zap: The Zap is extremely useful on both offense and defenses with the 1 second stun. It works very well against swarms. It is the cheapest card you can use to counter Goblin Barrel and Minion Horde. You will want to try to save it until your opponent plays his swarms to distract your P.E.K.K.A. Just instantly zap it! Have it always prepared during a push! Using Zap is not that hard. It’s just like using Arrows but it hits immediately. Zap can be also used to effectively deal with the Inferno Tower (read more about this below).

Baby Dragon: He is one of the best swarm killers in game and is a great support for your P.E.K.K.A. If you don’t have  P.E.K.K.A on your hand, you can use him as the meat shield for a small push. He is also very great at destroying ground-targeting defenses such as Cannon and Bomb Tower.

Elixir Collector: Most of the time, you may want to drop the Elixir Collector in the middle at the start and you still have enough Elixir to deal with any push. It is essential to start a P.E.K.K.A push with your Elixir as you need a lot of Elixir to reinforce the push as well as to defend. If you don’t have this card on your hand at starting, play defensively first and launch counter push later once you have it on the ground. Always deploy it when your Elixir bar is above 8.

Wizard: Nice card with splash damage. I don’t have much thing to say about him truly. When coupled with your P.E.K.K.A, he can take down any swarm that counters your P.E.K.K.A. On offense, he is great at stopping swarms.

This deck works perfectly against most matchups except the ones below. But don’t worry! I am going to give you some great ways to deal with them!

Some Tips for you

Here are some great battle logs for you from TheAlvaro845. He is Spanish so I am sorry If you don’t understand what he says. Just mute it If you can’t hear anything!

Okay guys, that’s that! Thank you very much for reading this, again. I hope you like this Arena 7 Deck and can get a lot of trophies with it. This is a great deck, for sure! 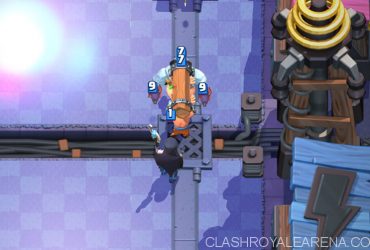 Hey guys, it’s NebulaNoodle back with another guide! First of all, happy 2018 to everyone, and best wishes for the new year. Today I’m sharing a really really really good … 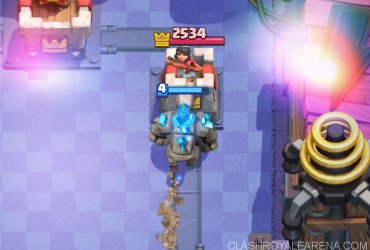 Hey everybody! Supermarine here with the 4th addition to Hybrid Horrors! This deck was made and tested by Huncho Houndini to great effect, and if you didn’t read the title, …