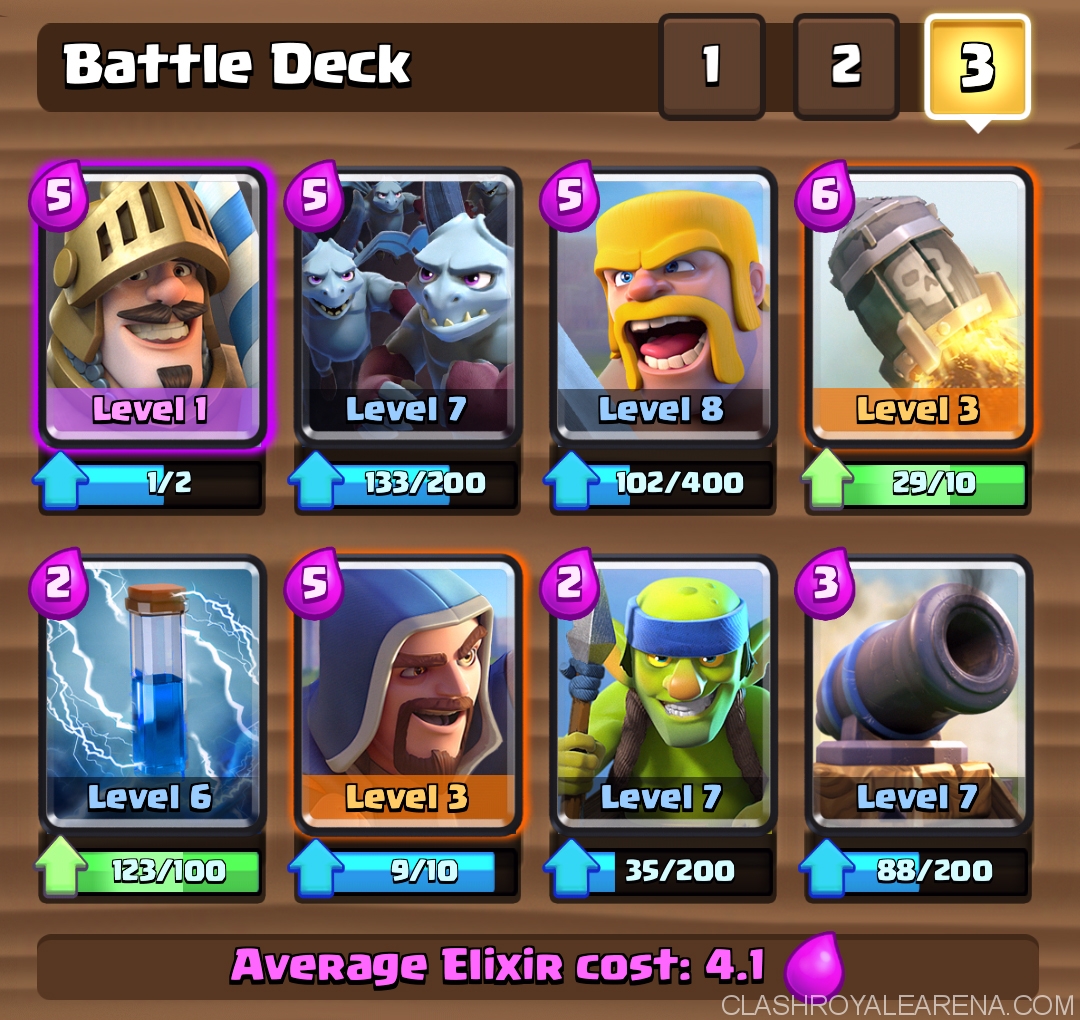 You should start off the game with Spear Goblins or Wizard in the back and wait for the opponent’s reaction. If he drops Elixir Collector, use Prince + Minion Horde to get an easy crown. Spear + Wizard also can deal a decent amount of damage If you are low on Elixir.

Try to remember your opponent’s cards and keep thinking about what card you should hold to counter them. Punish the opponent whenever he makes mistakes. Just play aggressively to the tower If your opponent just played core counter cards.

There are 3 options for you:

This is pretty the same as above but just don’t use the Rocket! You can take a tower with the option 1 and 2 above then defend afterwards. I usually put a Cannon down and use Spear Goblins to protect it against this combo. Drop your Barbarians behind this push to force them to run back then use your Minion Horde to take them out.

There are 2 options for you:

There are 4 options for you

Once your opponent drops the Goblin Hut, rush the opposite lane with Minion Horde + Prince combo. Just ignore the Goblin Hut’s lane as it can deal just a little damage to your tower. If there are more than 2 Huts, drop your Cannon/Wizard depending what cards were played. Rocket the Huts If you can target both of them.

Rocket them and push on the other lane! Use your Zap wisely to change X-Bow’s target.

Okay guys this is such a long guide so I hope you found this Arena Prince 7 Deck helpful! Just don’t hesitate to comment and ask me any question! Also, please share this Deck with your Clan mates! I really want to hear more opinions from you! 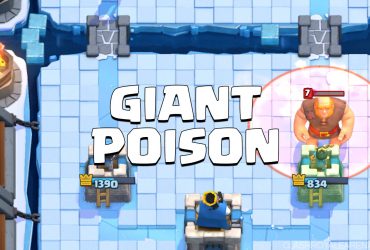 So since the new balance change, we have been facing more and more Giant Poison deck in the Arena. Giant Poison (or Goison) was dominating in the past, when you … 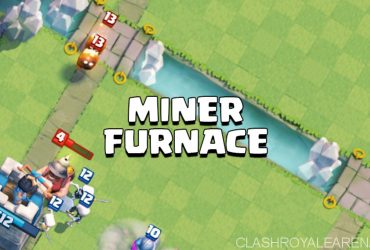 Hello everyone, My nickname is Verdant and today I will be showing you my Miner Furnace deck that’s keeping me at 3.8k with 10/7/3/1. Also, I strongly believe that you can …