Hey, it’s AxureFangz back at it for you guys, with another deck!

This deck is basically a P.E.K.K.A for our lower arena players. I had used this deck from arena 4/5 to arena 6! It’s pretty fun to play with, as I also use it in tournaments sometimes!

It does counter some of the meta decks, but in lower arenas, they aren’t common. Also, there are no Elite Barbarians! Just make sure you know how to manage your elixir! 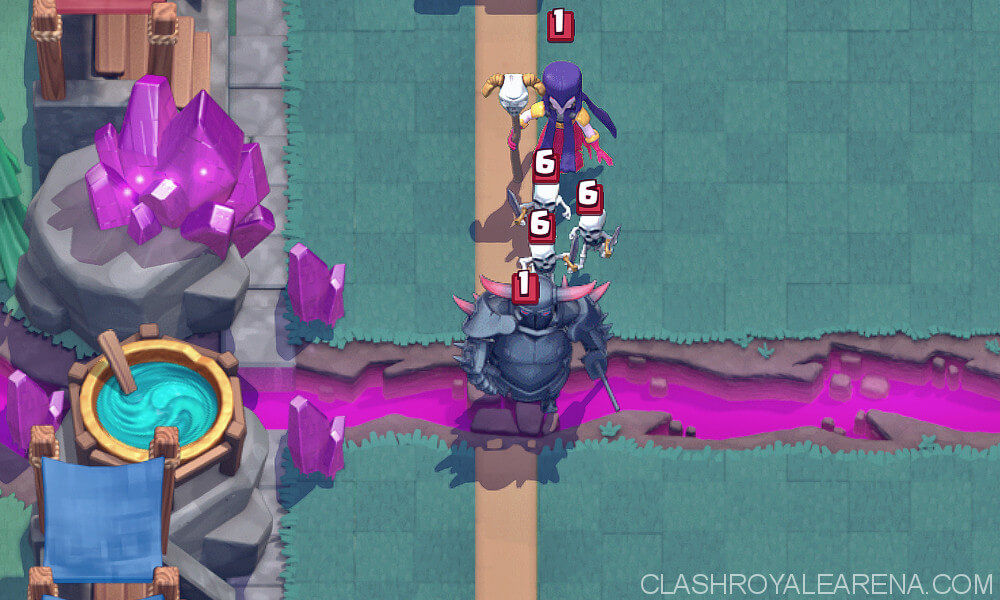 The Cards and their Roles:

P.E.K.K.A.-Your main win condition! This voltaic beast chops up thing like no other chef! Support it with your troops and wreck havoc! The P.E.K.K.A. is highly durable for both offense and defense. Just manage your elixir and you’ll have no problem using this robot!

Ever since the P.E.K.K.A. received a buff for its deployment time (3s to 1s), it can easily wipe out single troops. Do keep in mind that the P.E.K.K.A. can easily be distracted because of its speed and its DPS, so use her wisely!

If needed, use it against a Giant, Giant Skeleton and also a P.E.K.K.A. Counterpush afterwards.

Witch- Your support and splash card. She can summon up to 6 Skeletons at max, which (Witch!Get it?) provides some distractions for your P.E.K.K.A., especially for your opponents Inferno Tower.

Put this card behind your P.E.K.K.A. and have a nearly unstoppable push!

Can be replaced with Wizard, but a Wizard doesn’t spawn any Gandalf, right?(Hope that makes sense..)

Musketeer- Another support card! Her amazing damage and range can take out many things at a great distance, like Mini P.E.K.K.A., Barbarians, Balloon, Valkyrie and other glass cannons.

She can snipe off Inferno Tower which can be misplaced, which (Witch!) is very important.

Put her behind your P.E.K.K.A. and Witch, to make an unstoppable push!

Can be replaced with Wizard, but it is 5 elixir, making the deck more expensive.

Valkyrie- Your second splash and tank card. She has a great amount of hitpoints and has her AoE, which helps mow down many ground troops.

Put this in front of your P.E.K.K.A. so she can clear the way towards you enemy’s tower!

Can help take out glass cannons behind a tank, like a Giant and Musketeer. The Valkyrie can take out the Musketeer, then turn towards the Giant. Do support here with some troops for both offense and defense, as Minions and Minion Horde can destroy her!

Can be replaced with Knight, but the Knight doesn’t have any AoE. Maybe if he tried to swing his sword left and right instead?

Fire Spirits- These cute fire balls are deadly! For only two elixir, they can make quick work of Barbarians, Guards, Minion Horde, and Skeleton Army. When over leveled, they can reach the tower, and able to do more damage than a Fireball! Surprising, eh?

If you were able to get your super deathball push down, put these cuties behind your troops, so it can prevent a potential Minion Horde or Skeleton Army.

You must get to Arena 5 if you can to get these, or you can replace it with Skeletons

Goblin Barrel- Yup, you wouldn’t find this in a P.E.K.K.A. deck, right? This is your second win condition. Use this with your push to completely screw your opponent. It is obvious to not use this on defense, but sometimes, you may need to!

Since they cannot be zappable, they can put more tension on your opponent.(Back then, they could be killed by a zap equal to the Goblins’ level.) It must take a over leveled zap in order to kill them.

If you apparently have a Miner, then use it instead!

Inferno Tower– Your main tank defense! Overtime, it can increase his damage to destroy tanks, like a P.E.K.K.A., Giant, Hog Rider etc.

Its placement does matter, as it will decide whether it will lure the tank or not.

This card plus the Valkyrie can provide an solid defense.

Can be replaced with the other buildings, but it isn’t recommended. But if need to, use cannon or tesla.

Arrows-I believe I don’t need to explain right? Just use it on Minion Horde, Skeleton Army or Goblin Barrel.

Can be replaced with Zap, but it is best if it can one shot Goblins and Minion Horde.

Early in the Game:

Basically you need to keep defending! Just use your elixir right, and you will win. At the back, you can:

You should never go P.E.K.K.A. at the back unless you now your opponent drained their elixir or it is 2x elixir. If they place Hog Rider, use Inferno Tower to defend.

If he goes Giant at the back, place you P.E.K.K.A. at the back! You will be surprised when you see the robot shredding the Giant!

Do support your P.E.K.K.A. as you will have a deadly counterpush.

By now you should know your opponents deck very well (best if you know his cycle). You should be able to predict his cards, too!

For example, if he/she places a Musketeer at the back, then probably he/she will place a tank or high health unit in front. So, you would have Inferno Tower, Valkyrie and Arrows ready.

Your pushes should start building up now, but be careful with a P.E.K.K.A., because it drain 7 elixir.

If you have already taken a tower, +30 trophies for you! If you end up in Overtime, it is time to UNLEASH THE BEAST.

If you can’t get you P.E.K.K.A. and/or Goblin Barrel to the tower, just tie up with him, don’t give up like everyone else.

Giant- You got Inferno Tower for Giant, Valkyrie for Support, and Arrow for any swarm units like Minion Horde.

Lavahound- A rare match up. Use Inferno Tower and Musketeer for the Lavahound. If there is any soft swarm units, use Arrows.

Prince- Fire Spirits to stop the Prince’s charge, and Musketeer. Or you can use the Witch. Have Arrows for Minion Horde.

I think it is a very fun deck when I used it. Just Manage your elixir and it ill be raining crowns! 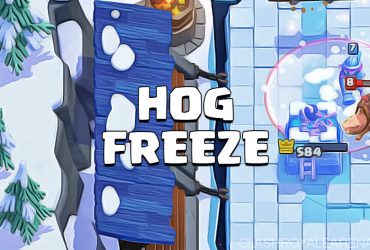 Hey guys, D-mate here, with my first true strategy guide in months. Today I am going to share with you how to play the unique deck the: Hog Freeze. This … 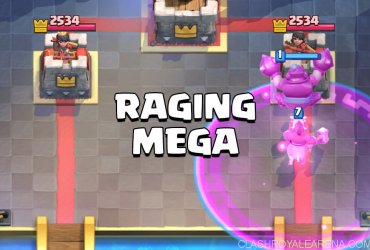 Hello, I’m Ic3Box and this is my very first deck posted officially. I have been playing this game for many years, and I have never spend money on it for …