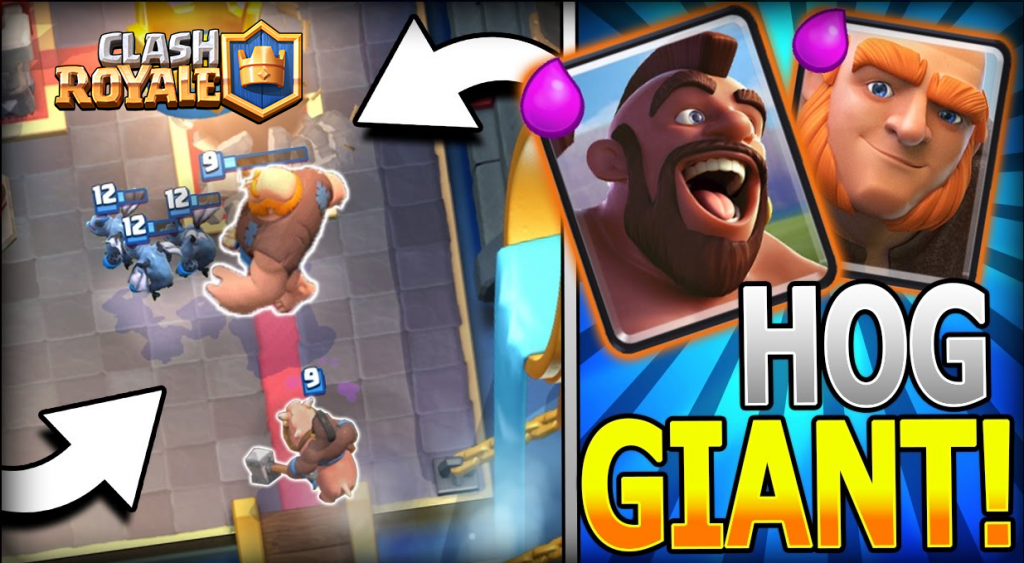 Hey guys. SuyogThePun here with an arena deck which absolutely crushes at the level which you can play it at. Without any further ado. Let’s get right into the deck.

Giant Doot- None. Wouldn’t be a giant doot deck without a giant doot. His main purpose is to die (that’s sad, well he’s already dead so, dead while dead?) and blow up any supporting units or maybe even the tank itself. A very useful card which is not used often cuz if his high cost.

Hog – One of the two main damage dealers. Very important that you get 2 hits per hog. Otherwise, it’s 4 elixirs wasted,

Goblin Barrel– The most vital part of the deck. It’s gonna be the main damage dealer. Try to trick your opponent with different placements each time.

Inferno tower– The tank shredder of this deck. Can safely take out any and all threats as long as they aren’t swarms. Use this to kill any tank.

Valkyrie– The main splasher of this deck. Mainly used for taking out swarms and the graveyard.

Fire spirits – These teeny-weeny creatures, no matter how cute, are very lethal and work wonders with any sort of push. Use them to take out minions or use them with the hog to create a very deadly push.

Arrows– Very very useful. Can take out the troops that are stopping the inferno tower from locking onto a tank. Also important to make crazy prediction plays and send them to Oh Long Johnson to get a gift card.

Giant Doot: None. Couldn’t be a giant doot deck without one.

Hog: I wouldn’t recommend taking him out buy if you want to play defensively then sure, use knight instead of him.

GobBar: Very important. Do NOT take this out.

Inferno Tower: If you’ve got it then use the inferno dragon if you want more offensive power. Or if you want less expensive defense, use cannon or tombstone.

Valkyrie: If what you seek is power then use mini Pekka. Mind you, if you take her out then you are at an extremely high risk or being dominated by graveyard.


Fire Spirits: If you aren’t facing a lot of minions then you could use goblins or skeletons.

Arrows: Use fireball if you want more firepower.

What you are mainly trying to do i defend and gain positive elixir trades. If the enemy sends a golem push, wipe it out with the inferno tower and Valkyrie. Most pushes you will be able to defend with just Valkyrie or valkyrie + fire spirits/minions. If you get positive trades, try to hog+gob. If the Valkyrie survives the push, do the hog+Valkyrie. But most of the times you will be doing hog+ fire spirits.

Now, the giant doot really comes into play, most of the times the enemy will have a huge push. To destroy this push use giant doot to kill the support with his bomb. Use a inferno to kill the tank. If the giant doot survives you can create a massive push with the remaining troops plus their hog and gob.

Hog Rider: You have a fairly good chance against hogs. You have minions to take it out if the don’t have arrows. And inferno if they do.

Golem/Giant: Try to plant the inferno at an anti lightning position. And use Valkyrie+ fire spirits to kill the support troops.
Spell bait: You have arrows, valkyrie, fire spirits and minions to deal with them. Yeah its a pretty easy matchup.

Lavaloon: This one is fairly tricky. You have to defend against their ultimate push with a lot. Inferno for the lava hound. Minions for the balloon and you will have to distract the mega minion or baby dragon with the valkyrie. It’s pretty hard but not impossible.

Elite Barbs: Valkyrie + firespirits to pull them to the middle.

RG: Inferno or valkyrie. Maybe both if they play scarmy. Ready the arrows for their minions.

MK/PEKKA: inferno for the main tank. Valkyrie + fire spirits for the support.

3M: Giant Doot onto them and maybe Valkyrie to hold them in place.

Graveyard: Valkyrie for the skeletons and either an inferno tower or fire spirits for the tank. Not ideal but it will have to do.

Moison: Valkyrie. If they throw in bats or other swarm cards too then you can use fire spirits to take em all out.

Well, that’s it. I hope you guys enjoyed. This deck was actually made by my friend who used this from arena 5 to arena 9. Insane right? That’s how good this it. Anyway, i’ll see you guys in my next guide. Namaste! 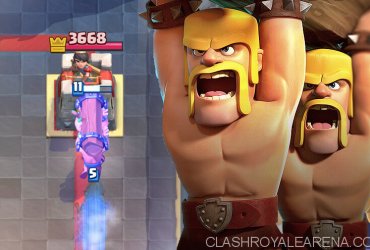 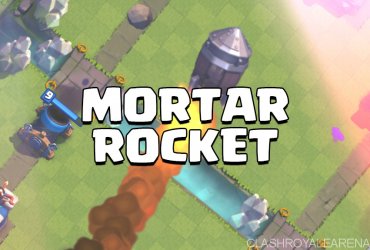