This is my Clash Royale Arena 4 Deck with freeze-hog variant, the thing I (sniper00) always admired about the Freeze-Hog strategy is how versatile it can be. Most cards in this deck are designed to assist the strategy by making positive elixir trades and punishing bad macro by the enemy. 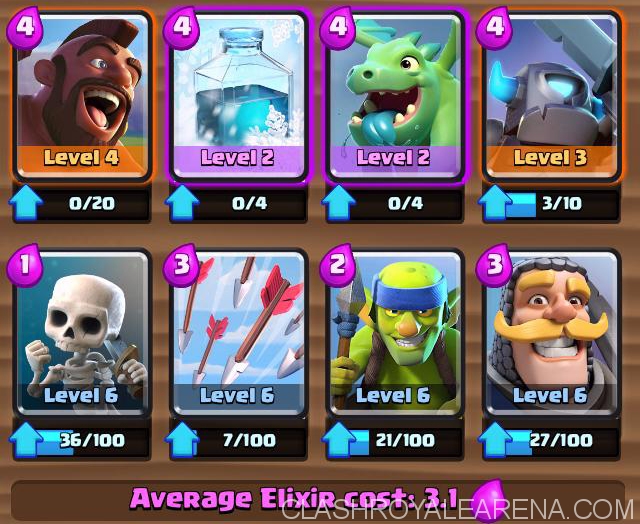 The use of Cards in this Arena 4 Deck

Note: Here are some positions I am going to talk in this page: 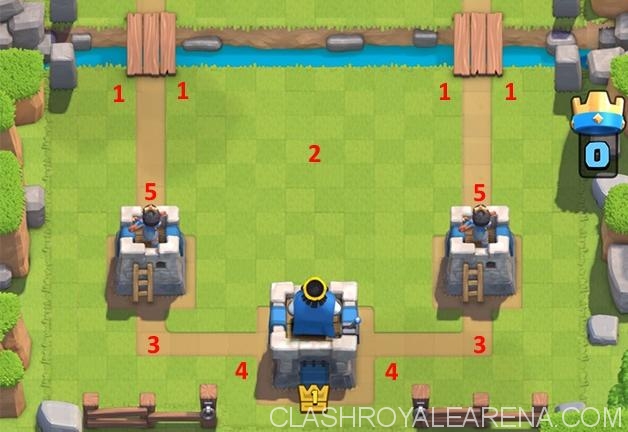 Hog-Freeze: You should be able to beat your cousin with smart macro and calm plays. Never panic drop troops and always consider your options in the downtime between trade and pushes. when he tries to use his lethal combo, try to bait out the freeze with skeletons or spear gobs, then drop a mini-pekka and counter-push the lane. Try to keep the fight on your side of the battle until you can shred a tower in 1 push, then you can counter efficiently and whittle down the other tower.

Sim City: If they are still using building decks, just try to trade positively with their win condition, which is usually xbox or mortar, and go for a draw. If you can sweep their board with a well-placed fireball, then abuse it and shove with a hog in position 1, or build a push with knight+mini-pekka+baby drag or a damage+tank combo. Now that you can’t place a tesla to defend an xbow, they are easily countered with a hog for a 2 lix adv.

Project Pink PEKKA: Survive the first push and the last push and you win the game. Never push the other lane until you’ve dealt with the P.E.K.K.A, as she has the ability to take out your tower and king tower if left unattended. They will usually open with her in the back, and then drop some AOE troop to clear the way for her. This is a situation where you will want to use freeze defensively. If it is possible, kill the AOE troop quickly during the freeze or before if you can manage without casualties. Then you must swarm the P.E.K.K.A with skeletons and gobs, then drop a Mini P.E.K.K.A to kill her. If this is done right, you will be able to effectively play the rest of the game out as your opponent will be playing with 3 cards in hand until they can drop their P.E.K.K.A  again. Abuse the time when they are recovering from using all their elixir on their first big push, and don’t be afraid to sacrifice a tower in exchange of a 5-6 elixir advantage early on. As long as his troops don’t get to your kings tower then you will be able to win the game off smart macro.

Swarms and Spawners: This matchup is probably your easiest matchup, just abuse your splash damage cards and make sure that you can always reply quickly to a rage spell. If they drop a barb hut, immediately hog the other side. Try to get archers or spear gobs out of them and drop a baby drag to counter the barbs for the time being. Just try to take 1 tower in first 2 mins and be smart with lix trades, it’s ok to let the spear gobs hit your tower as they don’t do enough damage to warrant spending elixir on them.

Control and Beatdown: Both of these decks play fairly similar in the fact that their win-conditions are very singular. You usually just want to play defensive and take advantage of misplays or overcommitment from the opponent. Try to whittle down the opponents tower with sporadic pushes, but always keep track of your opponents elixir and be ready for a big push when they are around 8-10.

Okay thank you very much for reading guys. I hope you like this Clash Royale Arena 4 Deck and can get a lot of more trophies with it in the future! 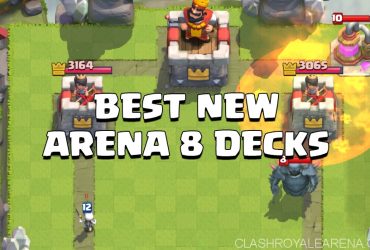 Hello my friends, this is gonna be another best Clash Royale Arena 8 Decks Summary and Breakdown for players above 4000+ trophies. This summary was shared by The Rum Ham … 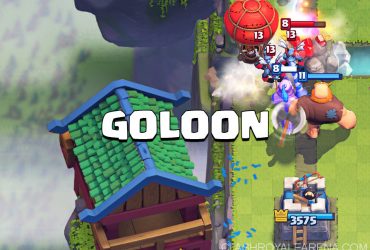 Hey Guys and Gals, Ninja X from X-Squad (#LQQPGOR) here, with a deck that got me to 4000 trophies. This deck can have an Elixir Collector instead of the Ice …