Hello guys and gals, Galbers Gaming here bringing to you the first chapter of my Arena Series: Arena 1 Guide & Strategy. If you are reading this, it is most likely that you are new to the game which is awesome as it is an amazing game. You will have some ups and downs but do not be disheartened, stick with it and you will have fun along your journey through the various arenas. 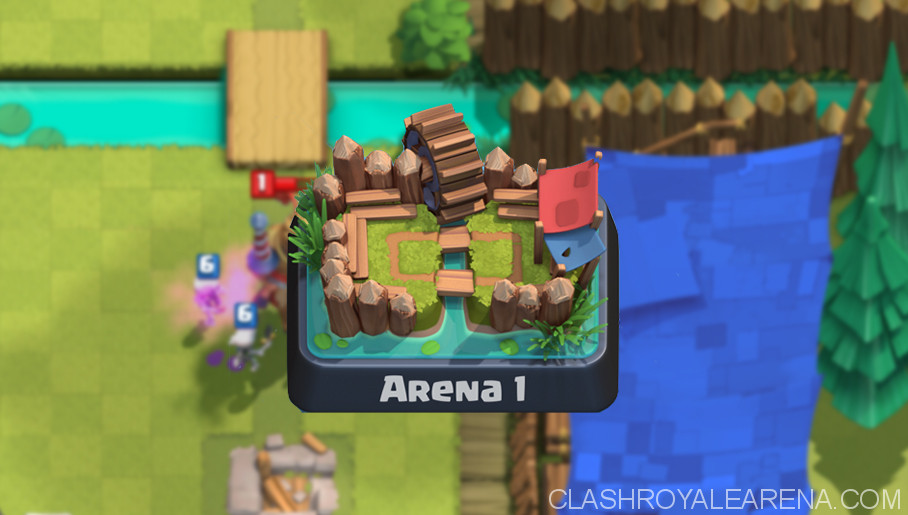 Please do not feel you have to follow this guide to the tee, the whole point of a game is to have fun so please do not let me hinder that! Any questions or requests please don’t hesitate to fire them my way and please don’t forget to subscribe to my YouTube channel Galbers Gaming for more strategy, guides and tips in Clash Royale, it really does help and allows me to produce the content like the article you are reading right now 🙂

I am not going to spend too much time on this as Supercell has done a good job at instructing new players on the basics, the five things you should take away from these early games are:

Upon completing the Training Ground you will receive two Wooden chests, there will be two epic cards inside of each. Hopefully you will receive the Prince but if you didn’t don’t worry it really doesn’t matter what Epics you receive! 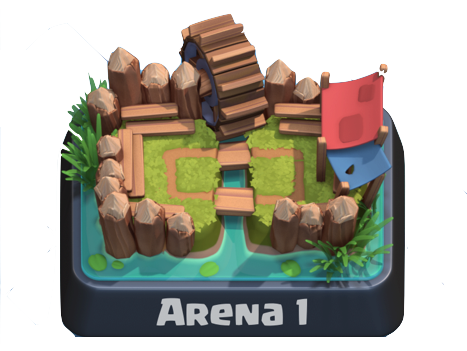 Below is a table of all the units available to you in Arena 1. I have ranked them all on an alphabetical system with A being the best, and F the worst. This ranking is very much a general one, there are ifs and buts, but I will not go on to explain the tiering as there is simply no need to go and complicate things at this stage! As you are most likely a new player you may not have all the common and rare cards available to you, in which case you may be stuck with what I deem to be a lower tier card, again don’t worry, this will sort itself out with time. Please note the below table should only be used for Arena 1 gameplay:

This big guy is your bread and butter in terms of doing an aggressive push. Drop him right at the back of the arena and have him followed by any ranged troops. Be wary of the opponent using a Valkyrie to kill your supporting troops. Giant Witch is a particularly strong combination, this push is in the video at the end of this segment.

If you were lucky enough to get this guy, a Valkyrie Prince combination is exceptionally tricky to stop in Arena 1. A Giant Valkyrie Prince push is essentially GG, this push is in the video at the end of this segment.

As either your Giant, Valkyrie, Knight or even Baby Dragon is just crossing the bridge chuck out the Goblin Barrel directly on top of the enemy’s tower that will target the units previously stated. In this arena there is only Arrows (equal Elixir trade) which can stop this card which makes it very strong.

At the beginning of the battle use this card sparingly, this is the card to counter the Witch (and Giant combination) as well as the Skeleton Army, two very strong cards that you want the Valkyrie to deal with.

My favorite push and probably will be for the next few arenas. When I know that I am up on Elixir (through defending efficiently or through the opponent spending elixir inefficiently, like fireballing a “naked” tower), I like to drop the Knight on the bridge followed by the Goblins. The Goblins will push the Knight to the Tower where they will promptly destroy it if left alone. Great examples of this in the video below.

The reason I rate these units quite so highly is because they are Elixir cheap units which allows you to “cycle” through your deck back to your ‘strong’ card, be that a Giant or Prince, etc. They are solid cards which are used throughout arenas, but at this stage of the game they are even stronger as there is no danger of them being Zapped (a cheap spell that kills Goblins). They also allow you to “kite” or draw the opponent’s Mini Pekka, Knight, Prince into the middle of the arena for a positive elixir trade, which is show multiple times in the video below.

Ignore and push down the other lane. Have the Valkyrie ready if the opponent tries to flood using Knight and Goblin Spears.

Defending versus Giant, either:

I recommend you don’t use them in this arena. They have uses but they don’t apply consistently here as not all troops are available. If everyone was given a witch at the start of this game I would keep Lightning in my deck but this is not the case. Be wary of having your archers fireballed on your tower, if the opponent is looking to fireball your archers I recommend splitting them up.

At this stage it doesn’t particularly matter, however i would recommend not having the attitude of upgrading everything just ‘cos’. In the next guide, Arena 2 I will talk more on upgrading strategy.

Giant: Get units behind this fella to set up a big push. This is and has been for a while now, the most popular tank in the game.

Goblin Barrel: With the lack of Zap or Log this card is very strong at this level, it’s still strong at the top level too where it is used in “Zap Bait Decks”

Valkyrie: Your counter to Skeleton Army, Witch and supporting troops behind the enemy’s Giant

Goblins: Potent push behind the Knight and allows quick deck cycling through its cheap elixir cost. Useful to kite troops like the Prince to the middle of the arena.

Spear Goblins: Same as goblins: potent push behind the Knight and allows quick deck cycling through its cheap elixir cost. Useful to kite troops like the Prince to the middle of the arena.

Knight: A cheap off-tank to allow additional pushes as well as counter pushes

Musketeer: High damage supporting ranged unit, get a high health unit in front of this Lady and she will do damage.

Best Arena 1 Deck With No Epics

This deck is a good deck and performs very well despite not having an Epic. The reason for this is that it is the cheapest deck that you can create which adds flexibility to it – this means that you at any given time will have more options available to you than your opponent (unless they have the same deck!). Now yes this is a double edge sword as you may make a mistake but having more options is better as it gives you the chance to make the smarter decision, potentially a game winning one and it will allow you to improve quicker. In the video above I do a full battle using this deck that shows off the flexibility of it.

The Tombstone and Bomb Tower are you first defensive buildings. I would recommend incorporating the Tombstone into your deck as it is cheap and effective against the Giant as well as the Prince. Make sure you place it in the middle of your arena to ‘pull’ the units to it which will allow you supporting units and towers more time to destroy them.

With the Balloon now available to you, if you are lucky enough to pick it up you can run a Giant Balloon deck. The Giant takes the damage and allowing your Balloon.

Thanks for reading, if you have any questions please don’t hesitate to leave a comment below 🙂