Arena 1 Deck for Beginners – Get To Arena 4 With Ease! – Clash Royale Arena

You must be new to Clash Royale! Well if it ain’t your lucky day! You just stumbled upon a great Clash Royale Arena 1 deck that will help you climb all the way to Arena 4 EASY! My name is M4SON and I make Clash Royale videos that talk about strategy and gameplay! Today I wish to share with you guys my F2P account that I am grinding to Legendary Arena! Come with me on this journey and climb with me too! Anyway today’s deck is a very simple F2P deck that utilizes a standard beatdown strategy where you set up heavy pushes using your Giant and Musketeer. This deck also offers insane split pushing capabilities that catch newer players off guard. Anyways lets jump into the decklist! 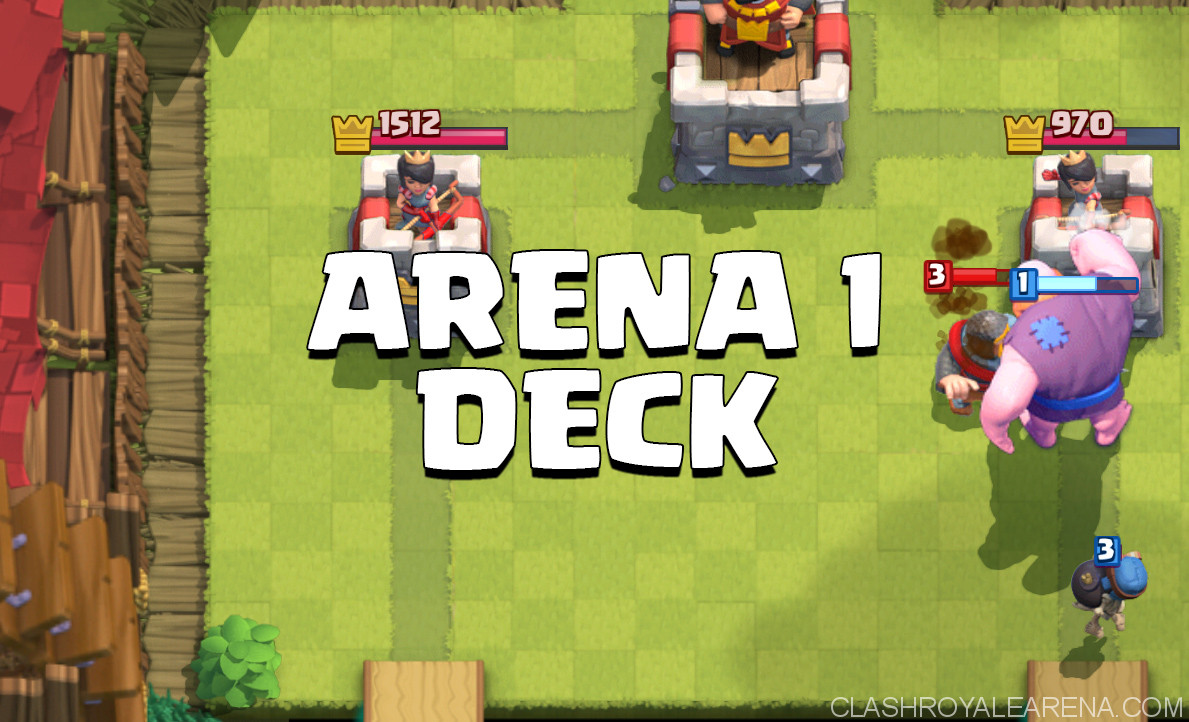 Goblins: Goblins are a great cheap card to use on defense against strong single target units like Prince and Mini P.E.K.K.A. However, they also combo nicely with any tank in front. If your opponents ever let these litter green buggers make it to the tower, they can say goodbye to the tower!

Bomber: A very underused card in higher trophy ranges. But, in lower Arenas Bomber is a beast! Great for shredding apart Barbarians, as well as any cheap troop like Goblins, Spear Goblins, and Skeleton Armiess. Set up on defense or behind and tanky front line and you have yourself a strong push.

Arrows: Staple spell early game. Great for countering the popular Goblin Barrel, as well as taking out Minion / Minion Hordes / Skeleton Army, most for a positive elixir trade. I prefer Arrows over Fireball because it is a lot cheaper as well as having a large AoE.

Valkyrie: One of the best splashing tanks accessible early game. My favorite combo is to split push with Valkyrie and Goblins. The Goblins will push the slow walking Valkyrie forward, allowing her to tank the tower, while the Goblins stab away! Great for taking out the popular Witch, just plop her down right on top. Or good for clearing out any cheap troops, can even take out Barbarians!

Mini P.E.K.K.A: The hard hitter of the deck. Great for taking out Giants or any high HP unit for that matter. If you can catch your opponent off guard, throw it behind a Giant with some support and watch it make it to the enemy’s tower for some insane damage. Another combo can be used with Valkyrie. Valkyrie will clear any cheap troops used to distract the Mini P.E.K.K.A while also tanking .

Musketeer: One of the biggest win conditions of the deck. Great card to passively drop behind the tower to setup your push. Throw a giant in front and watch it wreck towers. Also great at countering spawner decks, as well as Balloons! Make sure you hold this card against Balloons because it’s your only air defense.

Giant: The big tank of the deck. Simply drop Giant behind your King Tower to slowly build up your push. All hes really used for is tanking so its okay if he doesn’t make it to the tower. The strength is from whatever back line DPS you have. Situationally you can drop Giant to tank Prince charges or any critical damage if necessary.

Skeleton Army: The beloved epic that no one likes ever. Well it’s the epic we got first so I had to use it! Skeleton Army is actually a beast because below arena 5 no one has Zap yet. Great for stopping both Princes and Mini P.E.K.K.As. As well as the deadly Prince + Baby Dragon combo, due to the baby dragons slow attack speed. If you ever catch your enemy waste arrows on anything you can drop the surprise Mini P.E.K.K.A + Skeleton Army or Giant + Skeleton Army and watch them panic!

Pretty much all you have to do is set up pushes with your Giant. Also play passively, drop Giant in the back and let it walk up to build up your push. Then either back it up with Musketeer or Bomber or Valkyrie or whatever to aid to the push. If the enemy attacks the other lane just defend with Skeleton Army or Mini P.E.K.K.A or Valkyrie. With Musketeer’s long attack range, she can actually defend one lane then go onto pushing the other.

During Double Elixir you can really push the opponent by split pushing with Giant + Musketeer and Valkyrie + Goblins. It’s a really deadly combo many new players will not know how to deal with it properly. Occasionally you can also surprise them with the Skeleton Army + Mini P.E.K.K.A, make sure the army tanks for the Mini P.E.K.K.A so she can reach the tower. That’s really it guys not much else to say just set up the simple pushes over and over again! M4SON OUT! 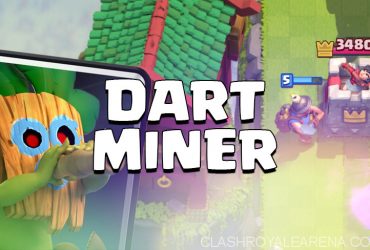 Hey guys, it’s NebulaNoodle with another awesome deck guide for you guys. Sorry that I haven’t been posting lately; but as it’s Easter holiday now I’ll try to write a … 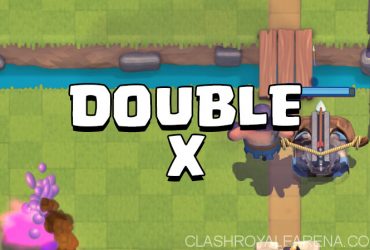 Wow, that was probably the most creative name I’ve ever thought of for a deck (IMO my titles are kinda bland) but anyway, I digress. Hey guys, I’m going to …