Wassup everyone? Bezbakri here with a *cough* X-Bow (yes, x-bow) deck for all of you guys there which got me 300 trophies. Now, this deck is pretty rock solid and has even defeated some golem users (wot?). Yes, you heard it right. Golem. So without wasting more time, let’s get into the deck.

Ice Spirit is probably, if not, the best card in the game, giving you immense value. I mean, most of the swarms used for countering your X-Bow can be cleared out with this little smiling guy.

Bats are amazing after the previous buff (also, it would have been this good from the beginning if SuperCell didn’t nerf it pre-launch. They knew it would be a game changer.) They can take out any non-air attacking troop (and with some skills, air attacking troops as well).

Zap is a slightly questionable card in this deck, considering the fact that the log is used in siege decks. However, this card is here because:

I have no log on my main lol. But, I prefer to zap more because of the following reasons.
Zap attacks air, which is extremely important considering the fact that bats and minions are running havoc in the Meta right now.
Zap has a reliable stun, which one can use when ice spirit and zap are not in the rotation.
And finally, it is one of the fastest spells to be deployed. This may come at handy at times.
Knight (a.k.a. value city) is an amazing value mini tank. He is to be used for tanking for your x-bow and also for taking out glass cannons. He can also be used (along with ice spirit and bats) to take out P.E.K.K.A.s and *drum roll* ELITE BARBARIANS.

Now, I can’t explain the knight as well as Samsung. So read his guide here https://clashroyalearena.com//guides/knight-ultimate-guide

Fireball should be self-explanatory. Used for most glass cannons and for finishing off the tower when it is 1000- hp.

Inferno tower is almost a must in siege decks, used for taking out tanky troops when bats aren’t in the cycle or are not reliable in that case. Self-explanatory, and should be planted in a 4-2 plant. 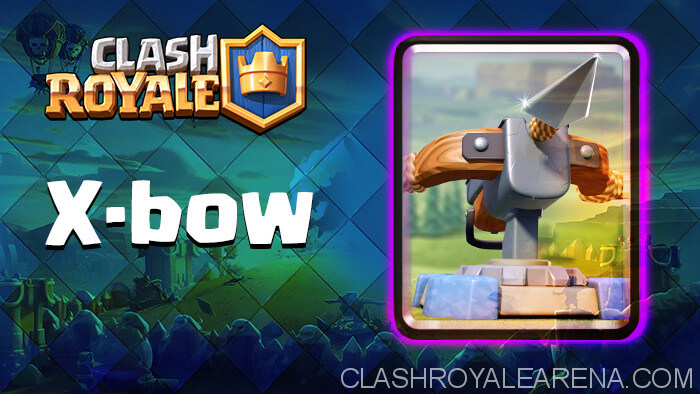 X-bow is this deck’s win condition and must be protected with minimal costs (like zap instead of electro wizard for skarmy, and other such swarms). Cycle as many x-bows as possible until the tower reaches 1000 hp. Then, cycle fireballs and turtle up on defense.

And finally, the electro wizard is the defense expert of this deck. Use him for defense and x-bow support.

Now, play this deck defensively and strike with your x-bow when the time is ripe.

Tip: Try to have either the fireball or inferno tower in the cycle to counter the counter your opponent puts down. Zap, ice spirit and ewiz are also useful for this purpose.

Your best starting moves would be:

By now, you should know his deck so adapt to his deck and defend whatever he sends, as you wouldn’t want to lose a tower with this deck. Place an x-bow every time his/her win-con is used up unless the condition says otherwise. Also, try to use the cheapest possible answer to his/ her pushes, as positive elixir trades (oj) will reward you during this time of the game.

Now, give it all you have got. Place down as many x-bows as you can. Once his tower reaches ~1000 hp, start cycling fireballs (and try to get some value out of them). If you reach overtime, don’t try to win, unless you are overconfident about the match, as mistakes are very likely in overtime and mistakes in overtime means GGWP. So, turtle up on defense and try to stop all his pushes.

Golem – Medium match-up. Every time he places a golem in the back, X-bow the other lane as he has no elixir to defend. For defense, place the inferno tower in a 4-1 plant as lightning is not effective here. Use your other troops to deal with the support. Overall, shouldn’t be a pain-in-the-ass.

Three Musketeers – Medium match-up. Fireball the two musketeers and use your other troops for the other lane. Offence is a little tricky as they have too many spamy troops.

Giant– Giant is very similar to Golem but is easier and more difficult than Golem at the same time.

Easier because giant has lesser health and doesn’t have death damage and doesn’t spawn golemites on death and… Harder because of the cost. One can easily cycle back to their giant. Over-levelling can also be irritating.

Elite barbarians– Elite barbarians are irritating but can be handled with some skill. Place your x-bow in the middle, so that a knight can solo them. Also, keep your fireball handy for those minion hordes that are found in most disaster decks.

Royal giant– Royal giant is like elite barbarians, but use inferno tower instead of the knight for some EZ win EZ life.

Graveyard– Graveyard is dead now so that I won’t do this. (Jk) Use inferno tower for their tank and knight for theirs. After their push is stopped, X-BOW!

Lavaloon– Lavaloon Lavaloon is rarely found but is an easy match-up whatsoever. Most of their troops are air, so that’s EZ win EZ life for you. On defense, use fireball + ewiz spawn for supports, inferno tower for the hound and bats for their balloon.

Hog– Hog is more like a draw. Both of your decks contain 2-3 counters to each other’s win condition, so it’ll be more of a spell cycle match. Your best chance is an inferno next to your x-bow for some guaranteed damage.

P.E.K.K.A.– P.E.K.K.A. is your hardest match-up. Don’t go for a win and settle for a draw, as they can hard counter your x-bow. Due to this match-up, a good replacement for zap would be the tornado.

Oh, the newly released Mega knight is even worse. You’d want to go for the draw here. Fireball cycle is your only chance of winning, as most MK decks don’t have a heavy spell. Those that do, well, you know what to do. Get a glass of water and then defend like crazy.

That’s it for this deck. Hope to see your opinions and criticism in the comments and also you people claiming the first XD. 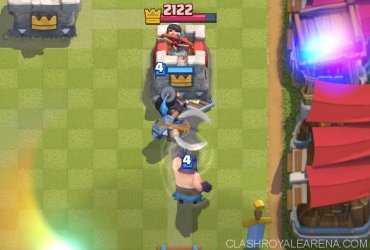 Hello fellow Clashers, this is ABAPO from Israel, clan Aba-Pagum, with my first guide. It’s going to be a long and detailed one, but this deck got me to my … 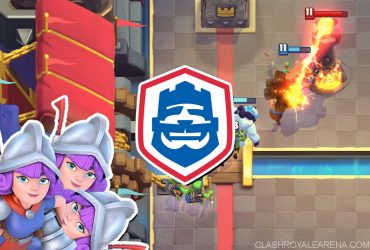