Are you finding it hard to deal with Elite Barbarians?

Since the new balance change Elite Barbarians have rose to the top. They are probably even more popular than the Mega Minion now.

Many decks now include them, even using them as a win-condition like the Royal Giant. So I, Victorapple, put together this simple 3.4 elixir deck that shuts them down, while also packing quite a punch. 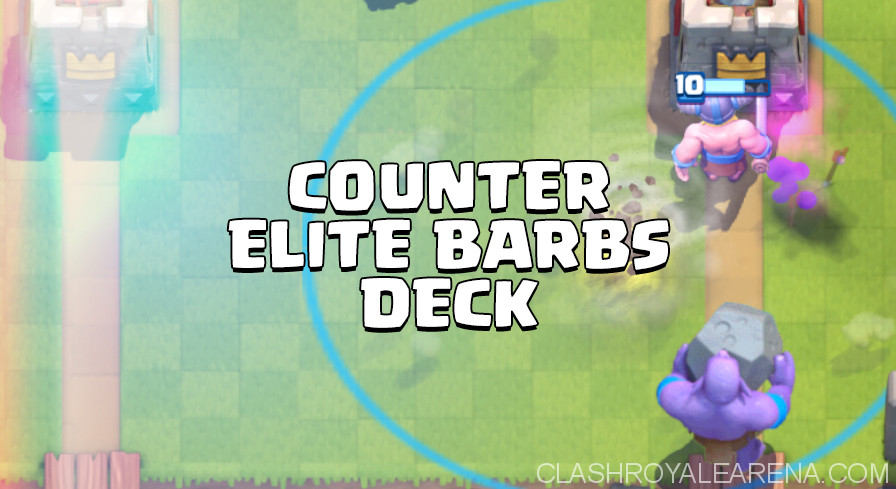 Bowler: Starting off is the Bowler.

Bowler’s unique linear knockback attack is perfect for keeping Elite Barbarians away from your tower. Not only that, he’ll kill any supporting troops behind them as well.

The popular Ice Golem + Elite Barbarians also can’t bypass a single Bowler. Being quite tanky, too, he can survive a beating and support a counter-push. No replacements, not even Wizard.

Ice Golem: One of the most versatile cards, can be used defensively or offensively depending on the situation.

Kite Mini-P.E.K.K.A, Lumberjack, Elite Barbarians, or whatever with it.

You can use it to cut off supporting troops in a big push, or cause a troop to retarget. Offensively, you can use it as a tank for your troops.

Put it in front of your Archers, your Bowler, your Elite Barbs to help tank. Its death damage and slow is also really good.

Knight can be used as substitute, but Ice Golem is superior.

These guys are your tank shredders and tower killers. Counter tanks with them, then counterpush with them.

If you know your opponent is in low elixir, just plop them in an empty lane and watch the carnage.

Archers: I prefer these gals over Spear Goblins because they can’t be Zapped or Arrowed or Logged at tournament rules. I also take them over Musketeer because in this deck there aren’t many “swarm” troops.

Archers can be used as a distraction as well in desperate cases. Plus they are cheaper.

You can counter push with them if they successfully defend an attack.

You can also use this guy to cut off and kill supporting troops like Witch.

Can be replaced for normal Minions. I take Mega Minion because it isn’t vulnerable to splash.

This guy can’t stop Elite Barbarians by itself, but with kiting from Ice Golem it can help stop them.

Tornado: Still an underused card, I think the buff is amazing.

With the stronger pull, it opens up tons of new possibilities. The pull is strong enough to stop Hog Riders and Giants alike from moving.

Defensively, combining it with Princess and/or Bowler can shut down devastating pushes.

Offensively, use it to displace priority counter troops like Wizard or Ice Wizard into the other lane, rendering them useless, or force that cowardly Musketeer into range.

Using it offensively with the Bowler, you can drag all their troops directly in front of their tower, so the Bowler hits all of them and the tower with his boulder.

Such a great under appreciated utility card.

This is usually used to clear troops like Skeleton Army or Princess, but also used to provide further disruption when needed.

It’s possible to Log a troop out of the Bowler’s boulder, so play it smart.

Princess: You may have some air splash cards like Ice Golem and tornado, but that’s not enough to stop Minion Hordes from destroying your tower. Introducing your friendly neighborhood Princess!

Great backline support troop when counterpushing. You can also use it to support Ice Golem in defending Elite Barbarians (That is the point of this deck, after all). If you don’t have, arrows is a decent replacement, but Princess is better.

The key is to play extremely defensive with this deck. Avoid tossing out Elite Barbarians, Bowler, or Princess unless for countering, because doing so will either cause you to have little elixir to defend or not have something able to defend.

Tossing out Elite Barbarians just to have them countered will leaving you with nothing to defend, say, a Golem. Just play reactively to your opponent and support small counter pushes.

Time to make plays. Try to press a bigger counterpush than before, such as Archers+Bowler+Elite Barbarians+Ice Golem.

This is devastating, combined with support from your 4 other cards can easily take down a tower once Elite Barbs lock on. However, a good Fireball could stop the push, so play smart.

Hog Rider/Trifecta Decks: Tornado/Bowler can take care of Trifecta no problem. A sole Hog Rider can be countered Mega Minion for positive Elixir but some damage to tower, or Elite Barbarians for negative elixir but little to no damage. Both cases troops will survive for counter push. You can toss out an Ice Golem to soak up the freeze from Ice Spirit. Hog Freeze, bait the Freeze with Archers, then counter Hog with above. Hog Ice Golem is trickier, but Bowler can help.

Giant/Golem/Royal Grant Beatdowns: I can’t stress this enough. Save Elite Barbarians to Counter them. They usually will survive to aid with a counterpush, even if they are Fireballed. Without Elite Barbarians, you lose the DPS to destroy the tank before it does damage to your tower. Mega Minion and Archers ain’t going to be enough. Counter push as usual.

Lava Hound: Gosh, these are annoying. Archers and Mega Minion are go to, but they can easily be Fireballed. After the Pups pop out Tornado and Princess/Ice Golem will be fine. Ice Golem can be used earlier to cut off supporting troops like Mega Minion or Baby Drag. Toss out Princess in opposite lane or Bowler in same lane to cycle to your anti-air troops. Bowler can also tank. Offensive wise, if they run Tombstone, make sure you have a Bowler and/or Princess supporting Elite Barbarians. Log also comes in handy for Skeleton Army. If they run Miner, Elite Barbarians can take care of him, just care the negative elixir. Graveyard Lava Hound is trouble some, wait for a good moment to Log or Bowler is your best hope, using Archers to kill the Skeletons leave risk to the Lava Hound. In normal Beatdown decks, Archers are fine for taking out Graveyard.

Zap Bait Decks: These are easy. Log, Princess, Ice Golem, Bowler for splash. Archers are good for Skele Army and Minions, Mega Minion or Ice Golem can deal with Sparky.

Spawner/ Chip Decks: Really annoying, but Bowler and Princess can just sit there and clear them out.

Three Musketeer Decks: Who cares if they got split? Tornado the back together and splash them with Log or Bowler or Princess. Keep Elite Barbarians to kill the tanks protecting them.

Hopefully you guys found this guide helpful! Please comment If you have any advice/question! 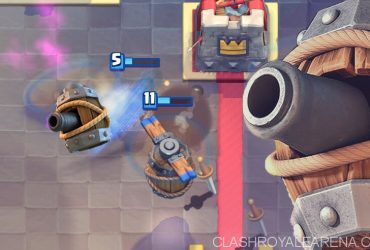 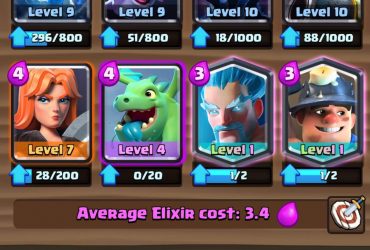 Hello all! My name is iLickBigMacs and I would like to share a deck that has gotten me through multiple arenas. Now to be fair, the credit for getting me …