CRA guide and this deck are great. I started playing this deck during December and I have loved it ever since it even got me to Challenger II. 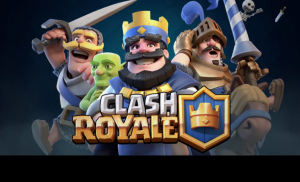 He is also great at tanking on defense as he can take so much damage. TIP: Level up the Giant.

Three Musketeers- The heart and soul of this deck, the Three Muskies are great on offense and defense but are vulnerable to heavy spells.

They are the best for split lane pushes where you split them into one on one lane and two on the other. Then, place either Battle Ram or Giant with the single musketeers. Also, you could put Goblin Gang, Minion Horde and Bats with either set of musketeers but only do this if Giant and Battle Ram are out of cycle.

Elixir Pump– The most valuable card in this deck. A great card to play at any time as long as you have some card to defend if your opponent pressures you.

If they use a heavy spell on it, then try to play your Three Muskies or a Battle Ram and a swarm troop to punish. TIP: Try to get as many pumps in the arena as possible.

Battle Ram– One of the most versatile cards in this deck, Battle Ram can be used in all sorts of pushes.

Have it tank for one of your three swarm troops (Bats, Minion Horde, Goblin Gang), have it tank for your Three Muskies, even put it behind a Giant to take out your opponent’s defensive buildings so your Giant can walk to their tower.

Finally, if you are out of options you can use this to tank for your tower on defense.

Zap- The greatest card in the meta right now, this can kill light troops, almost dead troops, reset Inferno Dragon and Tower, reset Sparky and so much more. Its versatility is incredible and it is a must-have in any deck right now.

Also, this deck has no heavy spell (Fireball, Rocket etc.) so try to get as much value from this as possible.

Bats- These and the next two cards I mention are the bait section of this deck. They are mostly used for DPS on defense but can be great on the counterpush with a tank. Also, they are good for cycling back to your pump in the beginning of the game.

Goblin Gang- Another part of the bait section, the card is incredibly versatile. On defense it can stop a Hog in its tracks allowing it no hits, and on offense it can do an easy 400 damage if left alone. Pairing it with a Battle Ram on a punish push can take a tower and pairing it with a Giant can help get it to the tower.

Minion Horde- Not just a part of the bait section, the Minion Horde is also the main tank killer. While you could make a case for Goblin Gang or Bats as well, they both can’t keep up with the Zap resistance and damage of the Minion Horde. Also, for the same reasons I just mentioned, it is great on offense. 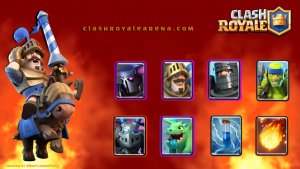 Defend bait and punish to try to take an early tower or just give yourself the lead. Play your pump as often as possible cycling your Bats and Goblin Gang, splitting them to defend both lanes.

When you are defending, play smart as positive elixir trades are essential when going into double elixir.

As for offense in the first two minutes, you should only be doing little Giant pushes or punishing pushes with the Battle Ram and a swarm unit.

Drop your Three Muskies again and again and again, keeping the pressure on and in your favor. Do the pushes I told you about in the deck section and make smart plays. This is only possible if you have made many positive elixir trades in the first two minutes.

On defense, try to use troops to counterpush but besides that defending is pretty basic and I will cover matchups in a second.

Hopefully, you know how to play bait but if not I’m here to help. Basically, your goal is to bait out your opponent’s spells and then punish hard with other cards that are hard countered by these spells. For example, if you drop a Goblin Gang to defend a Hog and they Zap it then you should punish hard with Bats and Battle Ram as the do not have their Zap to stop them. It is a pretty basic concept that is easy and dominates.

Mega Knight- The usage rates have gone down because of his big nerf and he is much less viable. Counter him with Minion Horde and Bats or Three Muskies with something tanking for them.

Golem- This is a very hard matchup but it is possible if you punish your opponent with the Battle Ram to prevent them from supporting it. Once the Golem has crossed the bridge place a Minion Horde behind it, closer to the bridge so it can DPS it down but will not die to the death damage.

Bait- Zap bait or Log bait, this deck can handle both as it has the swarms to kill their swarms and the bait to fight back.

Giant- This is a fairly easy matchup as long as you can defend, pump up and make bigger pushes in the opposite lane if not both lanes. You can kill the Giant easily and then mop up the supports with a swarm unit.

Wizard- Not exactly a matchup but this card hard counters this deck. There is no big spell to kill it and most of your deck is cards that have multiple troops. Try to use your Giant to tank for Three Muskies or Goblin Gang as they are ranged and can take him down without dying themselves.

Hog- Use one of your swarm troops to kill him before he can reach the tower then try to counterpush. It is a fairly simple, straightforward matchup that all depends on getting positive elixir trade and not making too many overcommitments.