This post was created in response to this thread by u/XeroBluez, which pointed out a rounding error that exists in the game regarding Minions and Archers (which is restated below). It seems like the community wants errors like these to be brought to the surface to be fixed, so I created this post to do that.

As many of you probably know, Clash Royale has been plagued by quite a few rounding errors over the years. For those that do not know, a rounding error is when a flaw in the stats of an upgraded card cause it to interact with the same cards in different ways, even if their levels match in both cases. Some examples of rounding errors that have been fixed include Lava Pups not dying to two tower arrows at level 12 and Minions not two-shotting Goblins at levels 9 and 13 (shameless bragging about me helping fix this error here).

But some rounding errors still exist in Clash Royale even to this day, so this post was created to bring as many of these inconsistencies to light as possible in the hopes that the developers at Supercell will fix them. I have also provided my suggested solutions to how these should be fixed alongside each error.

So with all of that being said, here are the errors:

Barbarians: Take an inconsistent amount of hits to be killed by Cannon, Electro Dragon, and themselves.

Depending on which level you look at, the cards listed above can take varying amounts of hits to kill Barbarians at equal levels. While Cannon's (I believe) only affect levels 1, 2 and 6 differently, the other cards are inconsistent at higher levels as well. For example, a Barbarian in a challenge take 4 swings to kill another Barbarian, but at level 13 it takes 5! This also applies with Electro Dragon and when combining any Zap-Equivalent attack.

Proposed Solution: Increase the hitpoints of Barbarians by 1%, fixing all errors at once while giving Barbarians a deserved buff.

Archers: Take an inconsistent amount of hits to be killed by Minions and Cannon.

These are errors I only discovered recently due to the balance poll. Depending on the level, Minions may take either 3 or 4 attacks to kill Archers, while Cannon either kills in 2 attacks or leaves the Archers with a single hitpoint. At levels 9 and 13 the amount of attacks needed is 4 for Minions and 2 for Cannon, so at least it's consistent there.

Proposed Solution: Decrease the hitpoints of Archers by 1%, fixing both errors at once. Then buff the damage or range of Archers. This is because it seems that Archers lost the poll because people specifically wanted to avoid a buff to health. Additionally, adding 1% health will change other interactions where cards barely kill Archers, possibly causing new rounding errors.

Rascals: Take an inconsistent amount of hits to kill Zappies and Royal Recruits.

While at Tournament Standard, Zappies and Royal Recruits have exactly 440 hitpoints. This is perfect for the 110 damage Rascals to kill them each in 4 shots (ignoring shields). However, at some levels it takes an additional hit for these troops to bite the dust. This can vary between the two of them due to their different rarities. For example, Royal Recruits take 5 hits to kill from Rascals at levels 8 and 13, but Zappies still only take 4. Meanwhile, Zappies sometimes take 5 hits to kill, but only at levels 3-5 and 7.

Proposed Solution: Increase the damage of both Rascal types by 2% (as lowering by 1% is impossible). Lowering the damage instead would prevent Rascals from one-shotting Spear Goblins, so it must be an increase.

[Upcoming] [Uncertain] Goblins: When damaged once by a Skeleton (or equivalent) and once by a Dart Goblin, may or may not die at equal levels.

Thanks to u/MasterGuy1, it was brought to my attention that the Dart Goblin change may cause a rounding Error with Goblins when combined with a Skeleton. If true, at levels 3, 6, 7, 8, 9, and 10, a Goblin attacked once by a Dart Goblin and once by a Skeleton, Bat or Spear Goblin will die, while at other levels it will survive. This is particularly unfortunate, as it treats levels 9 and 13 differently. Keep in mind that this interaction is not live at the time of posting so I cannot confirm if it is true or not. Depending on its validity I will either remove this section or tweak it to show certainty.

Proposed Solution: Either raise Dart Goblin's buff from 4% to 5% (going from 55 to 58 damage at level 3 instead of to 57 post-buff), or Lower Goblin hitpoints by 1% (as raising it by 1% will bring back an old rounding error with Minions).

These are all of the rounding errors I was able to find. If you know of any more, please let me know in the comments. I can only hope that the CR team will take note of this post and implement some of these fixes to make a more consistent and fair gameplay experience. As always, if you read this far, thank you for reading and good luck in the Arena! 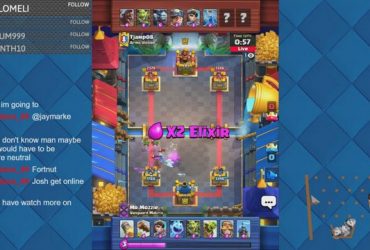 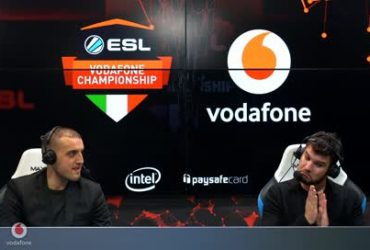