I woke up sore in every part of my body, and there was an especially awkward feeling in my head. I wished there was a way to escape the pain, but unfortunately, I would just have to wait until… Until what? It had been five days, and this strange soreness refused to leave me. If only healers had still existed, I would actually have a chance.  Anyways, there was much more to life than just the physical way one’s body felt. Today was Battle Day. I had almost forgot. Stupid, stupid pain.

Leaving my room, I walked into the Cafeteria without even bothering to pick up a breakfast from the kitchen. Stephen Supercell was right. What was the purpose of eating if the only thing I was doing was reducing this castle’s resources? (I didn’t know at this time that the castle actually had an infinite amount of food.) I scanned the area for Penny and spotted her on one of the corner tables. She saw me when I came over, and the first thing she did was stand up from her chair and bombard me with questions.

“Are you still sore?”

“Even if you weren’t fine, that would still be your answer, correct?”

I felt a strange tingle crawl up my spine, and I knew it wasn’t just one of the side effects from the nerf. Was it just a coincidence that whenever Penny was around I would start to become really nervous all of a sudden? Could it be that I just happened to feel a sense of excitement when I figured Penny truly cared for me? Of course not. No matter how hard I tried to avoid the truth, it would simply come back, haunting me like an evil spirit. Or maybe an angel in this case. I was in love with her, and madly so.

I knew she and I were already friends, but some small section of my heart wanted more than that. But I was just a Cannon. An unwanted, useless piece of metal, and nothing would ever change the obvious fact. Not unless I took matters into my own hands. But why should I? I wasn’t going to give up everything I had ever dreamed of just for a girl. And that was the whole problem, right there. The only thing I was dreaming of now was Penny.

It was about time for me to meet the others in the Main Hall, so I said bye to Penny and headed for the Hall. Most of the Battle Team had already arrived, but we were still waiting for Hannah and Joe.

“How are you feeling, Danny?” I looked up to see King James waiting for an answer. “If you happen to be hurting from the nerf, I can substitute you out for someone else.”

This was my chance. I could tell him that I was suffering, get replaced, and then spend more time with Penny. However, my brain said no. I needed to focus on my dream and get to Legendary Arena, rather than hang out with her. Before my mind had the chance to process this any further, I blurted out, “I’m fine, thanks.”

It wasn’t long before Hannah and Joe arrived. King James did the usual double handclap, and we teleported to the Royal Arena. Red and blue flags hung high in the sky, and the ground was paved with gold. The first battle began, and the pain returned to me, even more extreme than I had felt before. It was hard to focus during the battle, whether it was because of the excruciating pain, or because I couldn’t stop thinking of Penny. Even though I knew she didn’t mean to, Penny was hurting me far more than the nerf had. There was a hole in my heart, and I just wished she could be here too…

The opposing king was using a Balloon Goblin Barrel sort of thing, and it was quite a big surprise for the others when we had lost. However, I didn’t seem to care as much as I thought I would have. But then we lost the second battle. And the third. And the fourth. And the fifth. Until King James had finally decided for us to return to the castle, we had just kept losing. Strangely, I had known immediately that the cause of the repeated losses was on me. Whether it was because of the nerf or because I kept thinking of Penny, I did not know. What I did know was that my life would only go downhill from here.


The nerfs just kept coming. I thought they were supposed to keep the game balanced, but this just seemed to make me the most terrible in history. Even though King James himself knew how horrible I was doing in battle, he refused to remove me from his Team. He claimed that he had friends who continued using Cannons and how well they were working for them. So here I was again. A useless defect, and yet King James somehow still saw potential in me. We soon dropped back into the Builder’s Workshop, and I actually cared this time. How was I supposed to get to the Legendary Arena if I couldn’t even get past the Builder’s Workshop? The answer to this I did not know.

“I’m going to go for a walk in the forest,” I told Penny one day during dinner.

“Alright, just let me finish my dinner really quick, and I’ll be–”

“Alone.” Penny looked a little taken back, but she nodded her head as if she understood.

I exited the castle and checked to see that I was loaded just in case. I walked towards the forest, and once I was already surrounded by pine, I just continued walking, not having any idea where I was planning on going. I just needed some alone time to think about life in general. I was simply a confused Cannon, unsure whether battling was more important or my social life.

I stopped walking when I heard something brush against the trees. A pillar of blackish-purple smoke appeared right before my eyes on the forest floor, and the smoke soon vanished, replaced by a tall woman with empty blue eyes, dressed in a black hood that dangled all the way down to her knees. She held a silver staff in one hand, embedded with a blinding blue stone that shone brightly in the shade that the trees provided.

I took a step back, but I couldn’t run away, and I wasn’t sure whether it was because of my surprise or because this strange person had me in some sort of trance. I mustered up enough courage to talk to her, but all I could say was, “Who are you?”

“I am Raven, the Night Witch. I can sense you are afraid of me. Why is that so, Danny, the Cannon?”

Uh… I dunno, because you just appeared out of nowhere in purple smoke and happened to know everything about me? “How do you know my name?”

Raven giggled and slammed her staff against the ground, and two bats spawned on either side of her. “Oh, Danny, I know everything about you. I can feel your thoughts and your emotions. You’re in love with an Archer, aren’t you? And you’re confused about whether or not battling matters more than that Archer friend of yours.”

This Night Witch was either a creepy stalker or had some sort of supremacy. “That doesn’t answer my question, but I suppose it doesn’t matter now. Well, I don’t know who you are or where you come from, but I’m leaving this place,” I said. But when I tried to run away, my legs were glued to the ground. Now I knew for sure that she was controlling me.

“You’re not leaving this place,” Raven laughed. “You don’t even know the way back.”

I was about to object, but then I realized that what she had said was true. I had been walking deeper into the forest, unaware that I had no idea how to return to the castle. Perhaps I could retrace my steps?

“Have you ever wondered why you are the only Cannon that wanders around in the castle, rather than motionless in the storage as you’re supposed to?” she added.

“I already know why. It was a defect in the programming, according to Mr. Supercell.” I didn’t know why I was telling her this, as she didn’t seem like the most trustworthy person to talk to. Raven summoned two more bats one either side of her, making a total of four.

“I’ll tell you this – It wasn’t a defect. It was meant to be.” And with that, the Night Witch made a twirl with her staff, and disappeared in a puff of dark purple smoke. I could see the smoke spell out the words “WE WILL MEET AGAIN”, which soon faded away leaving nothing but the dusty ground and the pines surrounding it. Something made me wish that she had stayed to tell me more, but at the same time, it was a relief that she had left. I wanted to find Ashley and ask her if she knew anything about this strange yet compulsive Night Witch. Where was she today anyways?

I suddenly felt intensely sleepy, and I collapsed onto the forest floor, too weak and tired to return back to the castle. Then the next second, darkness loomed over me, and everything went black. I had fallen asleep. 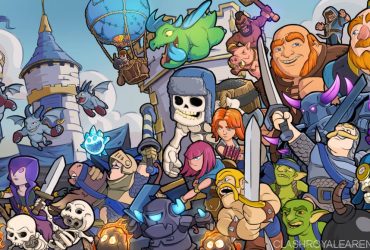 Hey kiddos, Golem FTW aka Radius here with some kind of unique guide on CRA. It won’t be about Clash Royale, it will be exactly about this website. It’s mainly … 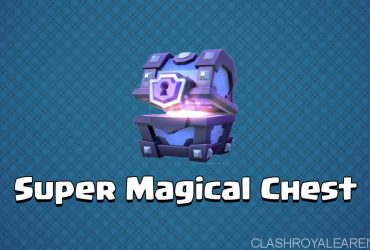 Okay so I have received a lot of questions about the Super Magical Chest in Clash Royale lately. Let’s take a look at this big baby today. I am going …
Posting....