Stephen Supercell adjusted his sleeve and cleared his throat. Why was he here? The last time I had seen Stephen Supercell was when one of his workmen brought me to him with a complaint. I was irregular, he had claimed. I was strange. Unnatural. Peculiar. But here was how I preferred it being said: I was intelligent.

All because buildings were not supposed to have brains… so having one made me special? During the process of creating me, I had spoken to them. A simple “hello” had one of the men freaked out, and he took me out of line to inform Stephen Supercell. Since when was there anything wrong with a talking cannon?

There, all Stephen Supercell had done was quickly type out a note and paste it against the side of my hard metal. “No big deal, he’ll still do,” the words floated back to my mind. Then I was put back in line with the other cannons, as if nothing had ever happened, and placed inside a silver chest. That was the last time I had seen him, or in other words, the only time I had ever seen him.

Well here he was again, stopping me mid-track on my way downstairs to breakfast.

“Everything will be alright,” he said.

Stephen Supercell widened his eyes in surprise. “So you really can talk, can’t you?”

“I–I thought you already knew that.”

“Well, sorry, but I wasn’t really sure whether or not to trust Mr. Parkson. You see, he tends to hear and see things that aren’t really there,” he explained.

“I see,” I said, a little offended at the fact that he didn’t believe that I could really have a brain.

“You don’t really need to eat breakfast, do you?”

I shook my head. “I normally do, but missing one meal won’t hurt. Especially because I don’t even get hungry.”

“Then why eat breakfast? Like, what’s the purpose?” he asked.

“I have no idea,” I answered. But really, I had a perfect idea. It was so that I could see Penny, and have a decent excuse for seeing her.

Stephen Supercell motioned for me to follow him, and I understood immediately. I realized he was taking me to the Main Hall, where King James usually sat doing “kingly business”, as everyone called it.

I kept my pace behind Stephen Supercell and stopped before the king’s throne. “Your Highness?” he bowed, and King James laughed in reply.

“You don’t have to greet me that way, my man,” he said, taking off his crown and setting it beside him.

“Ugh!” He slammed his fist on the table. “Why do I even have to act all ‘kingly’ and everything? Is there anything wrong with being chill? Since when did I have to act superior to all and be the most honored guy here anyways? All these bows and ‘Your Highness’s are driving me crazy! Do I really have to deal with this nonsense everyday?!”

King James rolled his eyes and slouched his body forward, but then paused for a moment as if someone had knocked some sense into him. King James suddenly remembered we were still here, waiting for him to listen to whatever Stephen Supercell had to say.

“Oh yea! I totally forgot. Forgive me, I often get lost and start ranting about having to act like a king and stuff whenever I get annoyed by the way people greet me. Anyway, it’s you, Stephen! It’s all cool, bro. Just call me James.” He winked, and Stephen Supercell nodded slowly.


Now I understood who King James really was on the inside. He surely was not as all-powerful and “kingly” as I had expected at first. He didn’t even talk like a king. I was surprised it had taken me almost half a year to notice, but it wasn’t too surprising, as he acted differently to everyone else.

“Before we get too off topic, I want to remind you that there is some business we need to attend to, relating to Royale battles. This involves Danny, sir–I mean, James.” Stephen Supercell straightened himself in a business-like manner.

“Oh,” King James said, scratching his head. “Is it another one of those ‘buffs’ or ‘nerfs’ or whatever you call those things?” Again, he clearly did not speak like a king, but I didn’t think it mattered… or at least not at this moment. In fact, I’ve already started seeing him as more of a general rather than a king.

“Yes, sir. You see, cannons are far too powerful right now, as you may have noticed already. Therefore, I will need to borrow Cannon-8754389 and slightly decrease his statistics to keep the Royale program balanced. If you would allow me to proceed, I would like to–”

King James, with a visible look of disappointment on his face, waved his arms around wildly. “I get it, I get it. Just take Danny for your ‘nerf’ thing. You’ve done this many times before already.”

“I appreciate your cooperation. Thank you, James.”

He clapped his hands twice–the same way King James did when we had to transport to the weekly battles–and as I had expected, I was no longer in the Main Hall of the castle. What I had not expected, however, was to be surrounded by… how should I describe this? Some future technology stuff? I was in a small-ish room, with walls painted white, and a blue-and-gold crown hung on the door. There was a wire, dangling from a laptop (which sat on a desk), with a magnet-looking thing hanging on the end of the wire.

Stephen Supercell grabbed the magnet-like thing and stuck it onto the left side of my head. “Try to relax and not to move too much,” he told me. “This may hurt a little.”

He pulled back a chair and sat before the desk, typing something on the laptop. A television screen was hanging on the wall, which read,

All of a sudden, a surge of energy bursted through the wire and the magnet and into my body. The wire continued vibrating, and I felt a stinging shock of pain for about thirty seconds. I flinched when the pain first hit me, and my body shook for the rest of the thirty seconds. Clearly, I was not very good at enduring pain and had failed to relax. Half of my energy was drained from body, and I felt a lot weaker in general.

The words “Decrease of Hitpoints Completed” flashed onto the television screen.

“See? That wasn’t so bad, wasn’t it?” Stephen Supercell grinned. I nodded. How else was I supposed to answer? If by “not so bad”, he meant stinging pain, a drain of energy, removal of strength, and an electric shock, then sure! It wasn’t so bad, I guess.
“There are still a few more modifications we have to make. Hold still for just a while longer, and we will soon go back to the castle. For this next one, you will barely feel anything,” he promised. Sigh. Why did I ever admire this man?

He typed some more on his laptop, probably to allow the modification to proceed, and I saw “Range: Decreasing to 5.5… ” on the screen, followed by “In Process…”. This time, I felt energy waves flowing through the wire, clashing with the magnet, and entering my body. The waves continued vibrating upwards until I felt it collide with my brain, and then it was all over. Stephen Supercell was partially correct when he said that I would barely feel anything, because truth was, it didn’t really hurt at all. I’m not quite sure how to describe the feeling, as I’m sure no one has ever had to go through a similar situation.

After the Range Decrease, the screen had said “Lifetime: Decreasing to 30 seconds”. This had totally freaked me out, as I thought my life was going to end in half a minute. Thankfully however, after the modification was over, I did not die.

“We’re done.” I heard Stephen Supercell say, and I breathed a sigh of relief. My whole body ached, but at least I knew it was all over now. There was no need for any more “nerfs”, whatever that even meaned. I didn’t really understand how the nerfs were supposed to affect me in battle. A Decrease of Hitpoints by 11%? A Range Decrease of just 0.5 tiles? A Lifetime Decrease by 10 seconds? These nerfs were barely anything. I’d still be the star of every match, and we’re still gonna win every battle. I could bet 100,000 gold that these nerfs would never have an effect on me. 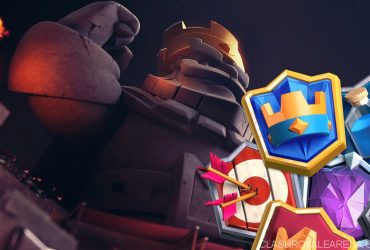 If you think you’re so good at Clash Royale that you want other people to know about it, a great way to enhance your enjoyment of one of the most … 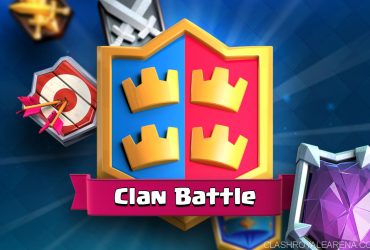