The Three Musketeers Clone deck is possibly the most fun deck I’ve played with so far in my Clash Royale career. Not only does it actually work pretty well, but it’s great with tournament level cards and it’s so powerful when you do manage to pull it off that you often end up getting 3 stars in the space of 10-20 seconds.

So let’s have a look at the deck I’m playing with. Firstly, it’s important to bear in mind that whilst this deck suits me, you can always change around a couple of things that might suit you a little better. Everyone has their preferred cards and, for me, this is what worked.

This is the playmaker of your deck and should be used in one of two ways depending on which deck your opponent is playing. If your opponent is playing a deck that easily deals with the Clone Spell, i.e. has several spells such as Zap, Log, Arrows, Fireball etc. then you want to play a “split” game. This involves splitting your Musketeers, usually from the back, with two going one side and one going the other.

With this deck, you’ll then try and get the Ice Golem down in front one side and the Giant down in front on the other side. An example of this is shown in the first clip in my video. You then wait and see which side they over commit their defense too and push heavily with your Mega Minion and clone on the opposite side. If you pull this off, you often end up winning the game there and then.

The second way to play this deck is if your opponent is unable to effectively deal with cloned units. Usually you’ll ride out the first couple of minutes of the game doing chip damage and defending until you have double Elixir and then you’ll do a Giant push with the 3 Musketeers behind and possible the fourth Musketeer and the Mega Minion + Ice Golem as well. You can then clone this giving you 8 Musketeers – an example of this annihilating an opponent can be seen in the 3rd clip in the video.

The Clone Spell is obviously the other main card in this deck and makes it a huge amount of fun to play. As described above there are several different ways to use it but the most satisfying must be to clone your Musketeers when all four are together and watch 8 Musketeers absolutely destroy an enemy tower. Remember Musketeers fire very quickly so you’ll always be likely to get a few shots of when you clone them, even if they do have clone counters

The Giant is, in my opinion, still the best tank in the game – it does big damage if it gets to the enemy tower and has enough life to protect the troops behind it for some time. If you clone a Giant on an enemy tower, the damage from two Giants hitting away is actually pretty lethal so it doubles up as both a tank and high DPS.

The Ice Golem is a fairly crucial part of this deck for a couple of reasons. Firstly, it acts as a weak tank that is useful to use when doing the split push and secondly because of the damage it does when it explodes. With the popularity of the Skeleton Army, the explosion can be great in helping to wipe out the Skeleton Army in a push or defensively. Likewise, it will help against Minions and Goblins should they be used to attack or defend against you. Don’t underestimate the use of this card – whilst it looks like it doesn’t achieve much, the utility it provides for your other cards is extremely beneficial and likely to get you into that winning position.

Zap needs no introduction in this game. It has many uses, not least of which is helping kill Goblins, Minions and all other small troops such as Lava Pups. Additionally in this situation it will help against other units such as Sparky which will be reset by its stun. An all-round useful utility card to carry.

The Log is another seriously useful utility card. It will help wipe out ground troops or keep them off your Musketeers for a couple of seconds longer. The time is can buy you can be the difference between keeping your troops alive whilst killing theirs and vice versa. It’s also good, like Zap, against troops such as the Royal Giant as it resets their targeting if you’ve got a building down or want to buy a few seconds.

The Mega Minion, despite its recent nerf, is still an incredibly strong card especially when placed behind a tank. It takes out Minions very easily and also adds very high damage, thus, performing well under a Clone Spell too. It accompanies a Musketeer extremely well also making it great for an additional troop in the split 3 Musketeer push.

As a deck, this could potentially get you fairly high past 4000 trophies. There will be decks that counter it but the beautiful thing about the 3 Musketeer clone is that you can play it in several different ways allowing you to always adjust your strategy if required to try and combat your enemy. But most of all, as I said at the beginning, this is just a whole lot of fun to play with and definitely one of the best decks I’ve tried out so far in terms of having a good laugh while pulling off some extraordinary victories. Hope you guys enjoy it and let me know how you get on or if you want advice on any particular cards you want to change/incorporate.

Thanks for reading/watching and if you enjoyed the video, please subscribe to Chucky’s channel – all support is very much appreciated! 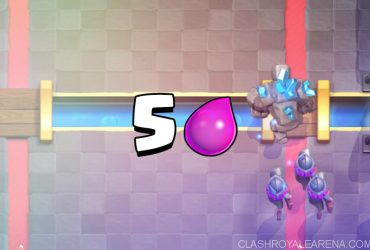 Hey guys Lolman here (Again) with this cool new currently off meta deck. (Not for long) Now this deck was made by TMD Yao Yao. I went and tried it … 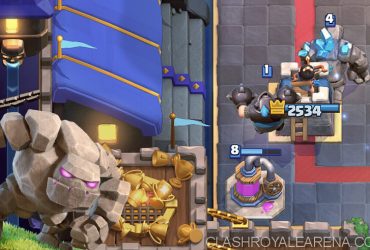 Hola, amigos! It’s your compadre Supermarine here again! I know, I’m terrible with Beatdown, and the Average Elixir Cost could make people cry, but once HeroCow sent me a video …